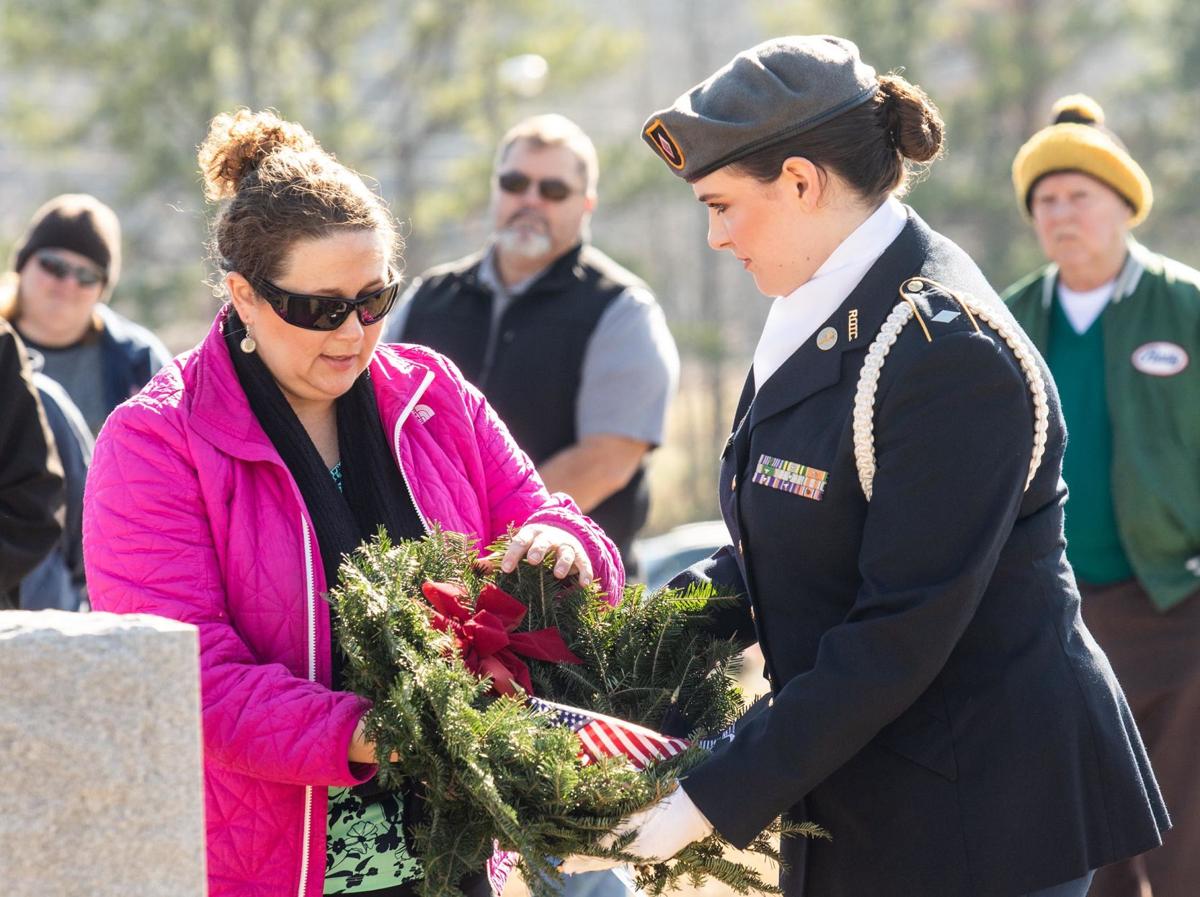 Family members came to St. Clair Memorial Gardens on Saturday to place wreaths at the gravesites of veterans as part of the Wreaths Across America program. Cadets from the St. Clair County High School JROTC were also on hand to assist. 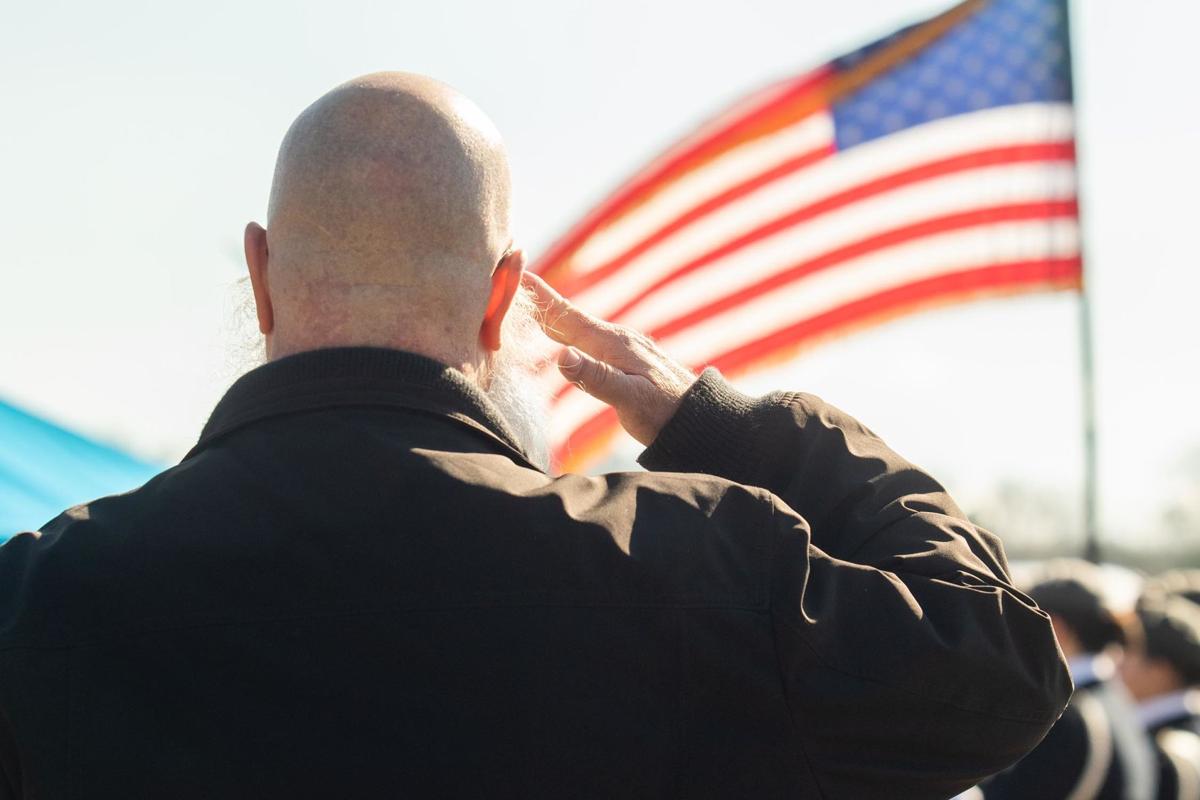 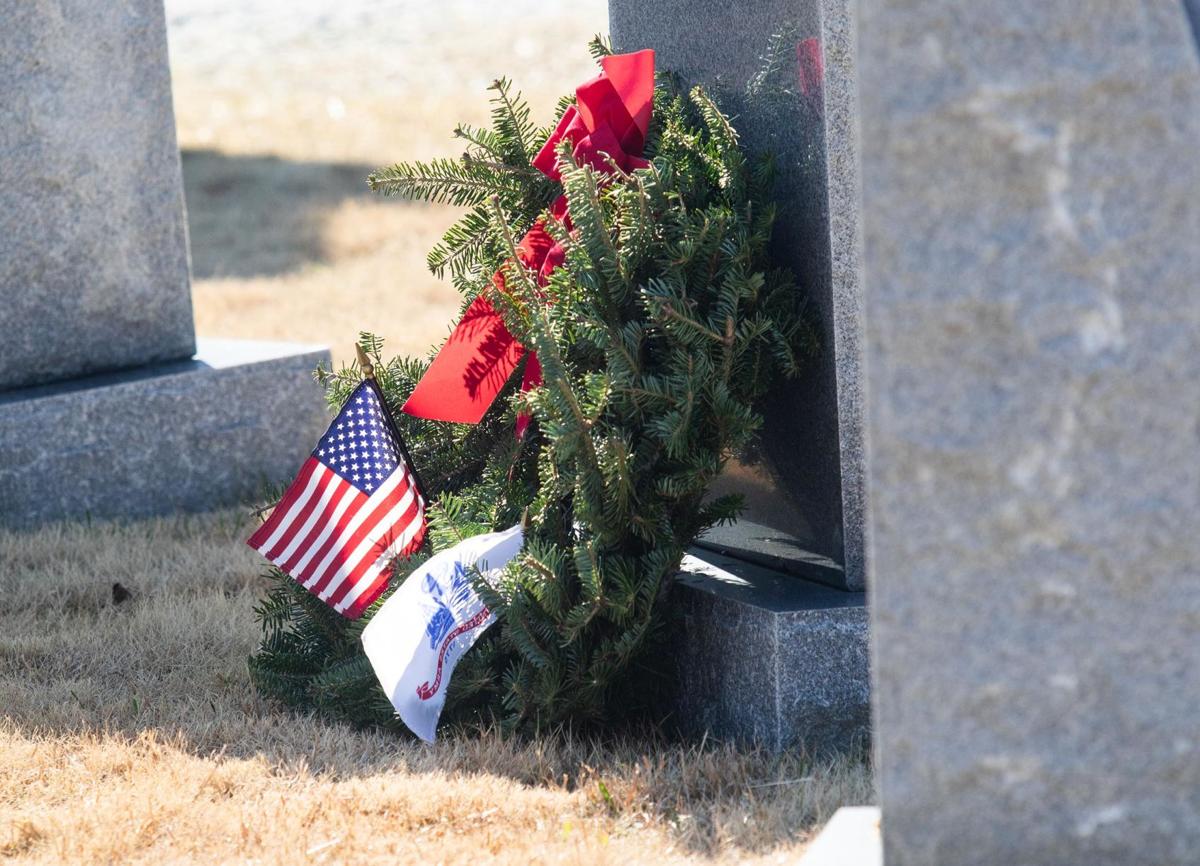 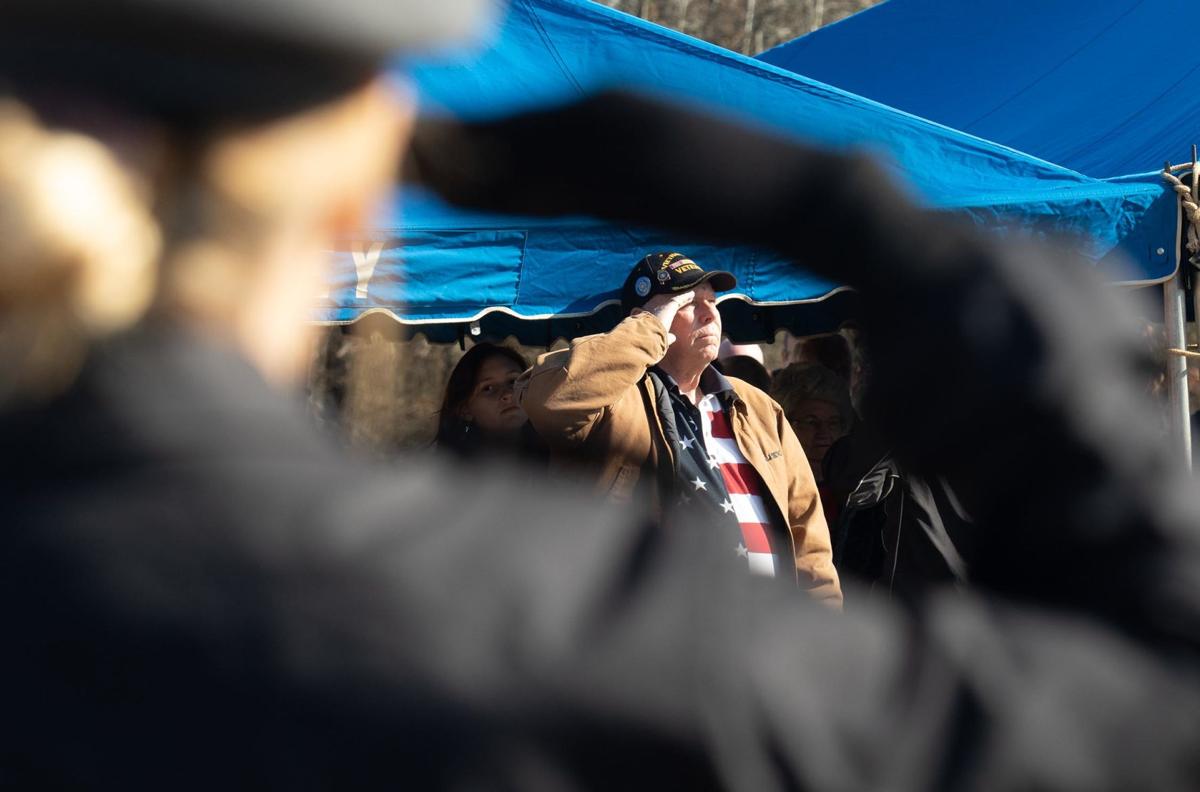 Family members came to St. Clair Memorial Gardens on Saturday to place wreaths at the gravesites of veterans as part of the Wreaths Across America program. Cadets from the St. Clair County High School JROTC were also on hand to assist.

And Saturday morning, the gravesite for each of those veterans was marked with a fresh fir wreath tied with red velvet ribbon to commemorate their service to the United States of America’s armed forces.

With family members of many of the veterans taking part to place their loved ones’ wreaths during the Wreaths Across America program in St. Clair Country, cadets from St. Clair County High School’s JROTC unit delivered wreaths to the gravesites of veterans whose families could not attend.

Each placing was marked with a salute from the cadets and a moment of respect paid to the veteran being honored.

The first Wreaths Across America event was held at Arlington National Cemetery in 1992.

Morrill Worcester, a resident of Harrington, Maine, and owner of the Worcester Wreath Company there, never forgot his visit to Arlington Cemetery as a boy.

It was during the trip that Worcester learned of the sacrifices made by veterans that made possible the freedoms he had in his life.

The memory never faded, and as an adult, Worcester decided the perfect place for unused wreaths from his company would be at gravesites at Arlington.

Soon, his supporters in the effort gained in numbers, and by 2005, he was receiving thousands of requests for the services and the desire to help.

“It is a time we come together across this nation to remember, honor and to teach,” Harmon said. “We thank these veterans who gave their service and we will never forget.”

Members of the Broken Arrow Chapter of the Daughters of the American Revolution came to the forefront to adopt the project locally after hearing of a request for a wreath to be placed on the grave of a son whose mother could not do it herself.

That veteran, U.S. Army Spc. Brian Shaver, was dutifully honored by the DAR chapter on Memorial Day and for July 4.

Those efforts have now become the manner in which chapter members determined they would adopt the program locally.

The nonprofit accepts donations from all over the country to sponsor the programs. The group has a website, wreathsacrossamerica.org, to connect with supporters of the event. There are also brochures and sponsorship forms available from Usrey Funeral Home at 21271 U.S. 231 North, across the road from St. Clair Memorial Gardens.

Terry and Terra Stepp, of Pell City, took part in the ceremony to place a wreath at the gravesite of their uncle, Frank Landreth Jr., who served in the U.S. Navy and Army and served in the Vietnam and Persian Gulf wars. He died in 2017.

“We were very happy to hear of this event,” Mrs. Stepp said. “It was definitely something we felt honored to do.”

A group of about 75 gathered at the cemetery for the service Saturday.

Julia Skelton, a member of the Broken Arrow Chapter of the DAR, said this first Wreaths Across America ceremony won’t be the last in St. Clair County. The group is actively seeking more supporters to keep the event growing.

The organization’s mission statement is to “Remember, Honor and Educate.”

Retired U.S. Army Maj. Randall Wood, now a teacher at Ashville High School, said he has realized through his work in education that teaching youth about the role of veterans in the United States is vital.

During a Veterans Day program at his school, Wood said a student questioned him about why Veterans Day is held each year.

“He asked me why we do this,” Wood said. “So I changed my whole speech that day.”

Wood went on to make sure the students knew the origins of the country they lived in and how their freedoms were created.

“I told them that the framers of the Declaration of Independence knew that their decisions were in reality a death wish for many in taking a stand against the crown,” he said. “They knew that freedom would not be free. And they were right. And not to forget that what you have now was not paid for in dollars, but in blood. And to never stop telling people what this is all about.”