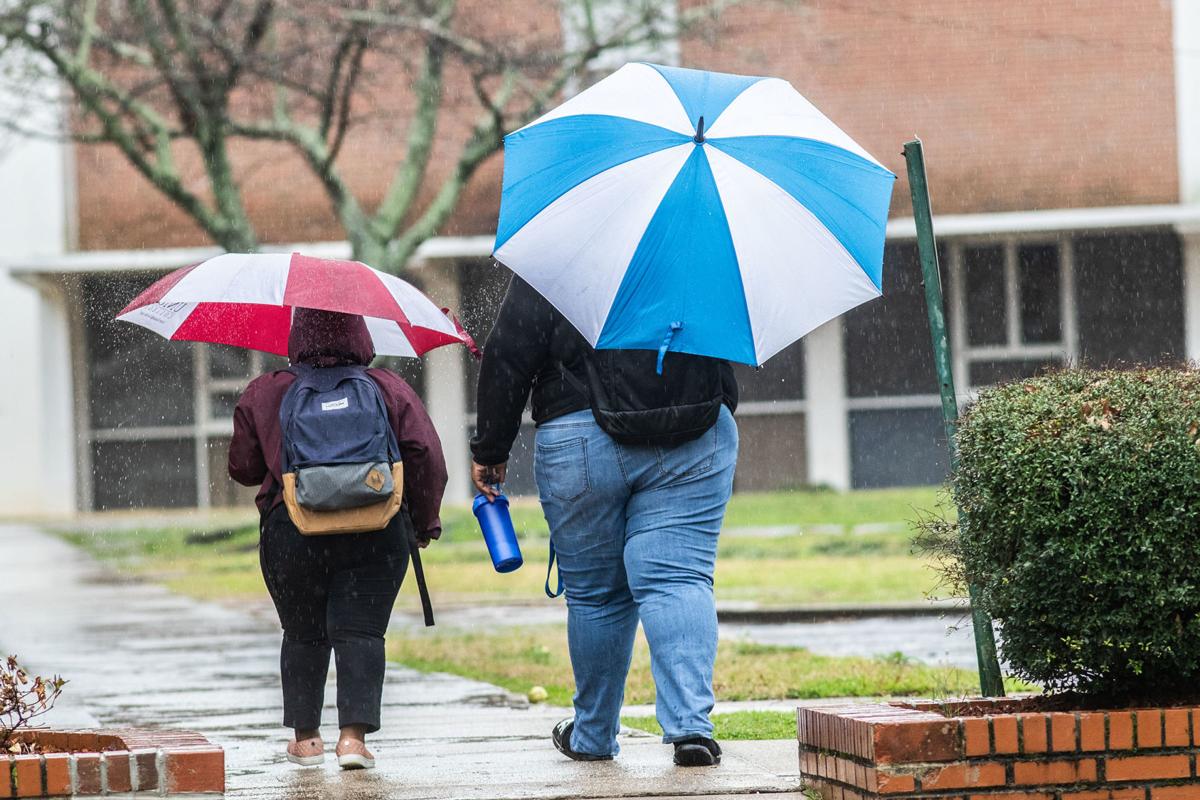 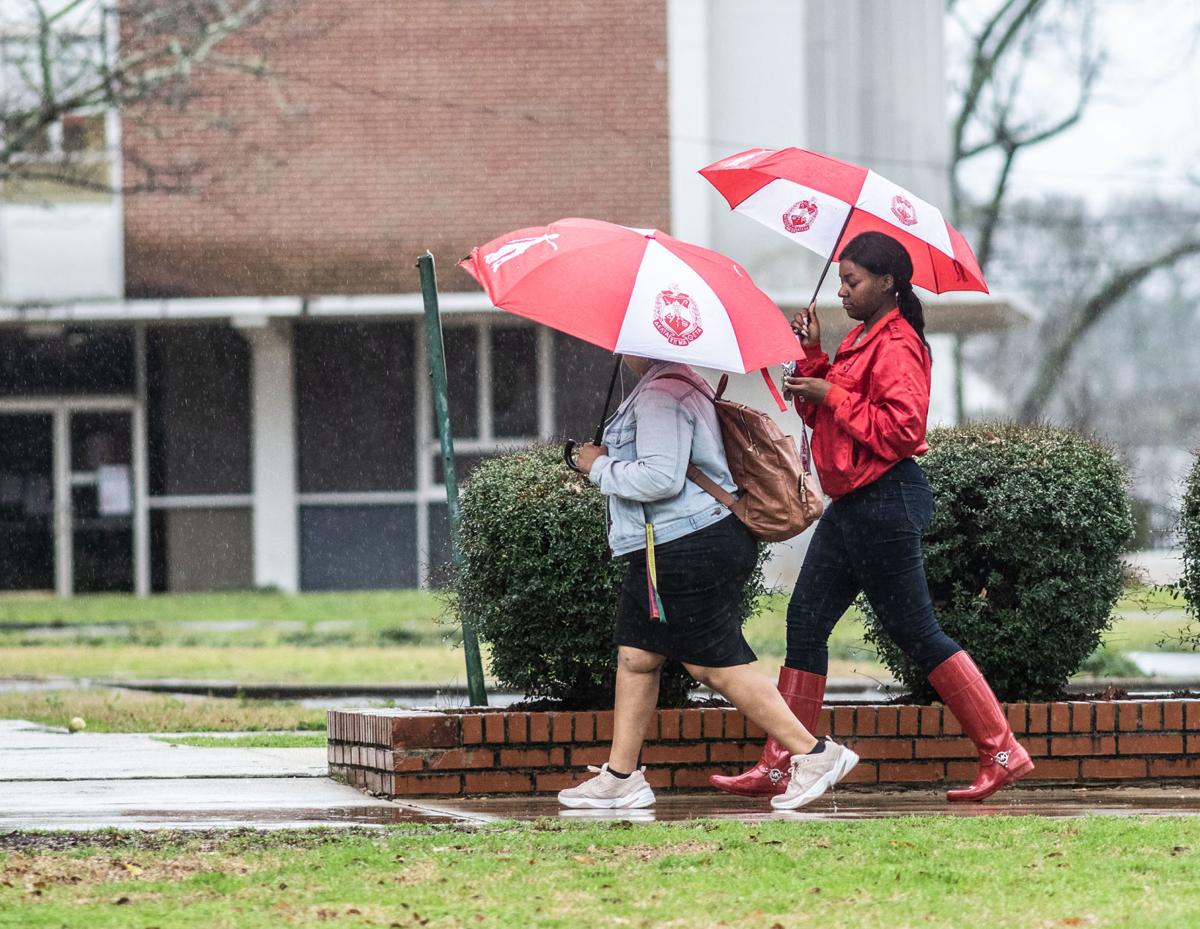 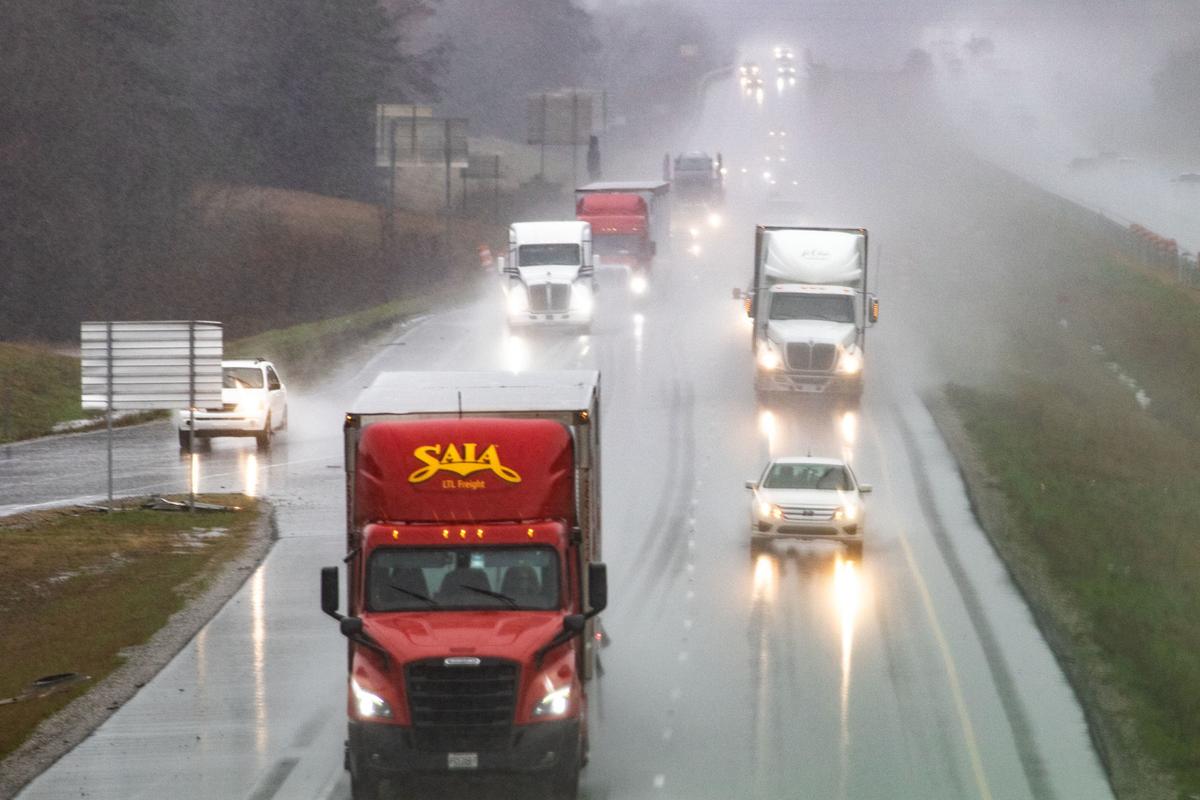 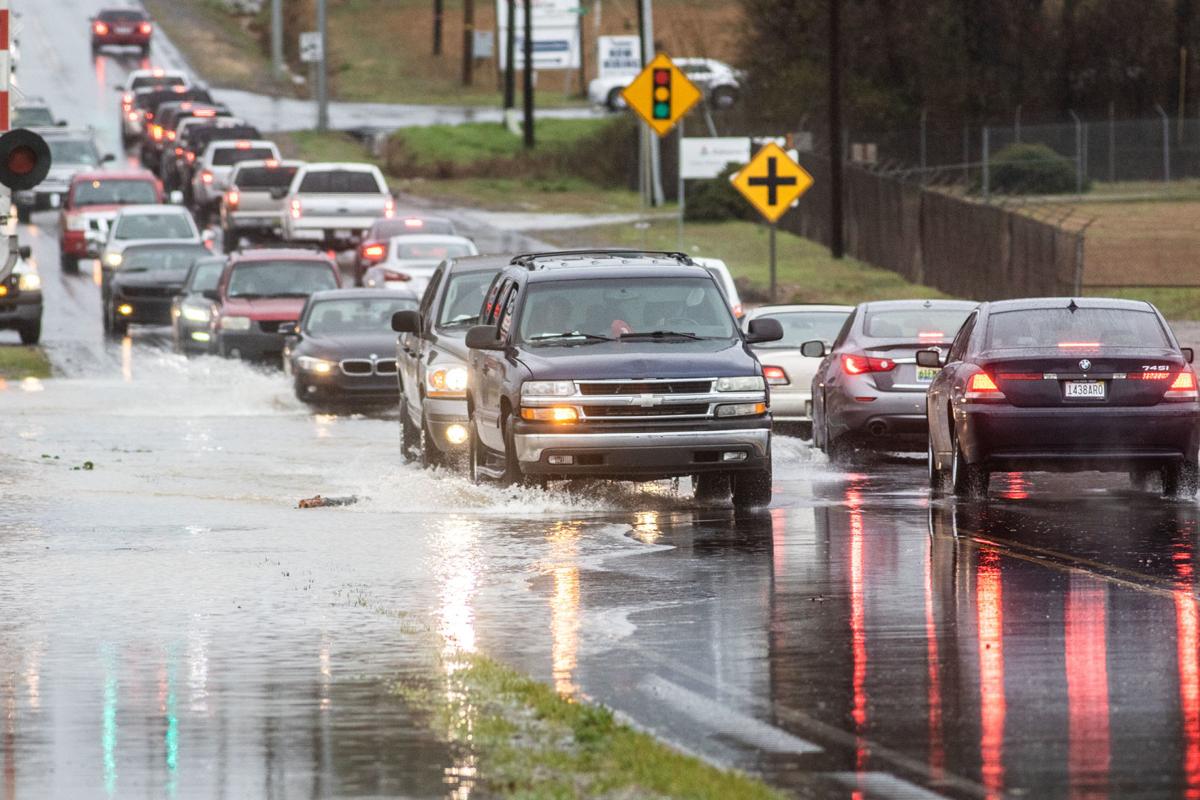 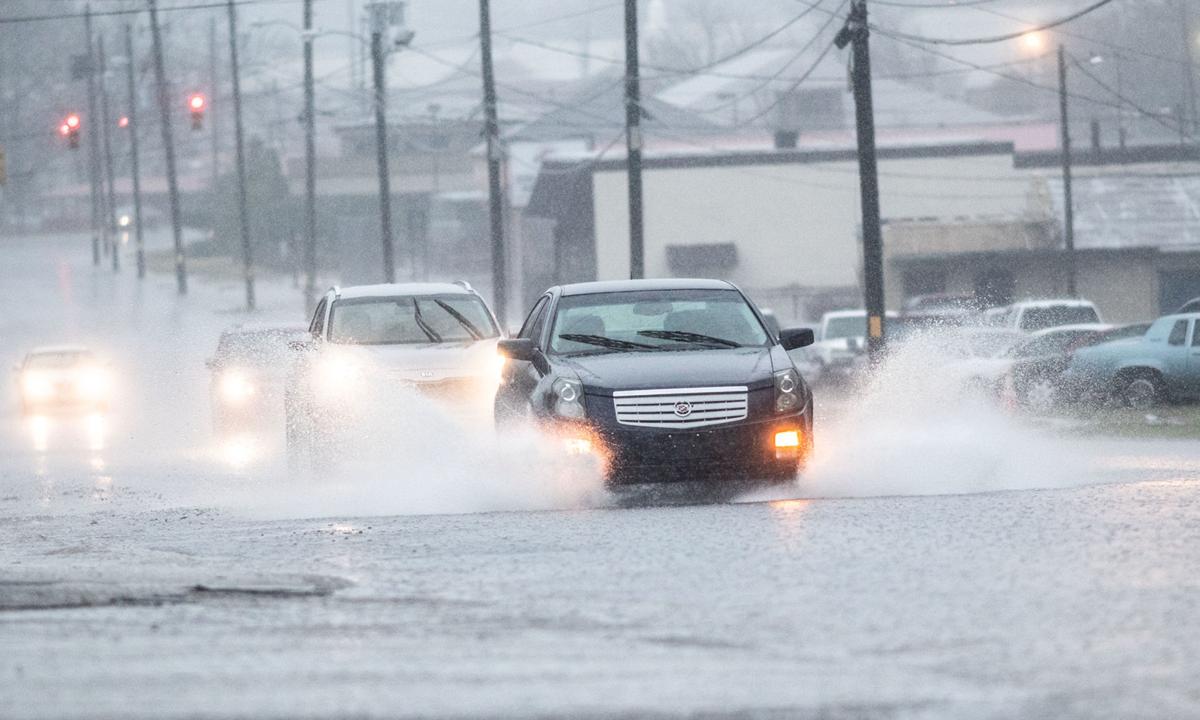 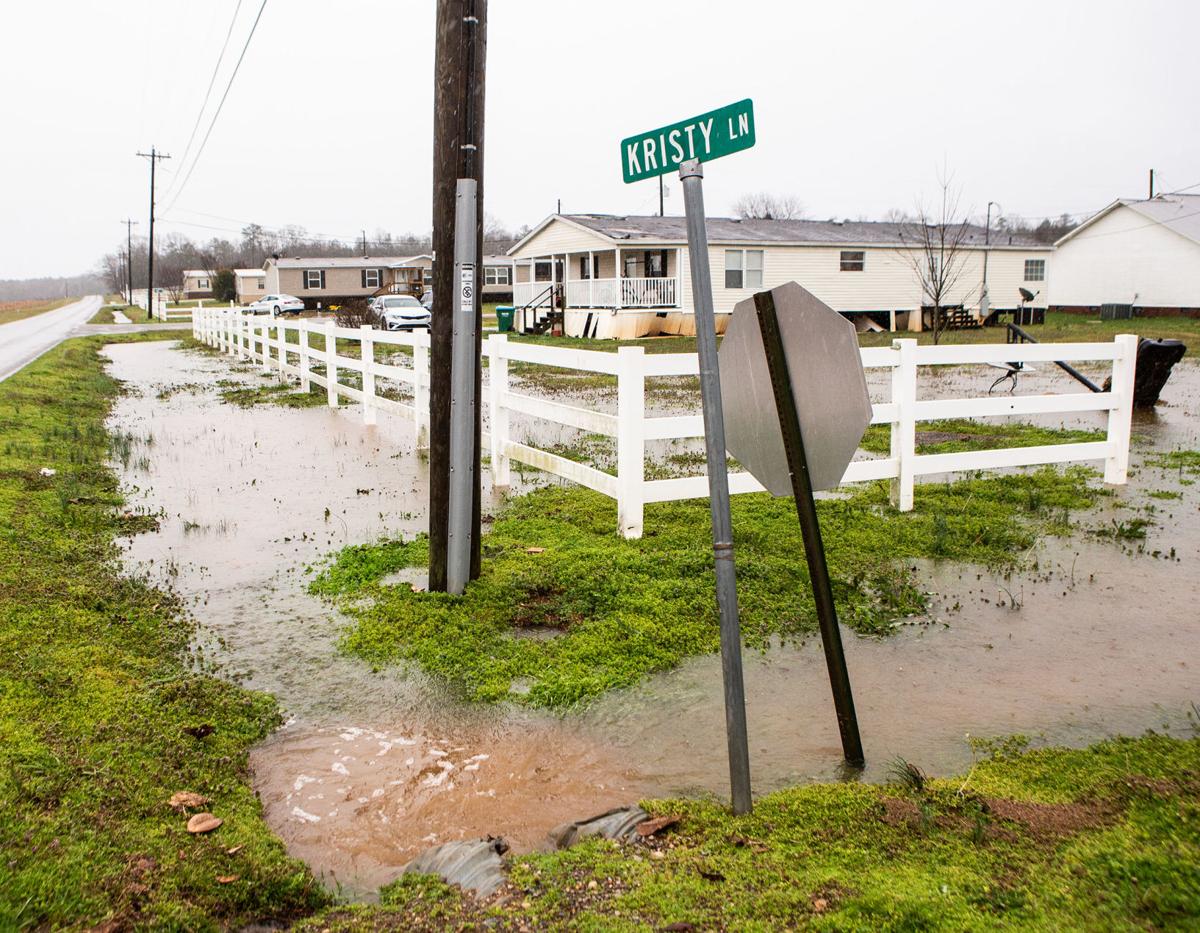 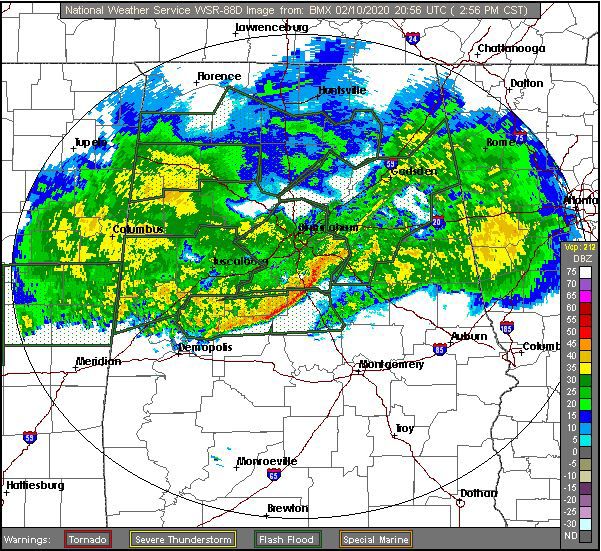 By this afternoon, Talladega and St. Clair counties had already gotten a pretty thorough soaking, and the National Weather Service in Birmingham is predicting a lot more to come.

According to meteorologist Gerald Satterwhite, Talladega and St. Clair was under flash flood watches through Tuesday morning, but those watches were upgraded this afternoon to warnings in effect through 8:30 p.m.

The front that brought the rain has stalled, bringing heavy rainfall at times, adding up to several inches.

“We’re looking at possible flooding north of I-20 … If you are  in a flood-prone area or near water, keep your eyes open, and avoid crossing water-covered roads,” Satterwhite said. “If you’re crossing a road after dark, it can be hard to tell, so be very, very cautious.”

The rain is expected to let up Tuesday morning, but there were still likely to be periodic showers Tuesday and Wednesday. A cold front is expected to move in after that, bringing in more rain Wednesday night and into Thursday morning. These showers will likely be of shorter duration, but continued flooding can’t be ruled out, Satterwhite said.

LeighAnn Butler, manager at Talladega County EMA, said this afternoon that the only reported areas of flooding were on Stemley Road at the new Dollar General and 8th Avenue in Childersburg.

“Neither of those roads are closed right now, but we do have reports of flooding,” she said.

In St. Clair County, the only road listed as impassible was Dry Creek Road at Camp Creek, as of 2:30 p.m., according to EMA director Patrice Kurzejeski.

“There are still plenty of roads with the potential to become impassible as it keeps raining,” she said.