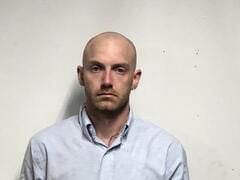 RAGLAND -- The St. Clair County Sheriff’s Office has identified a man arrested following a chase that began in Ragland and ended in Talladega County.

The Sheriff's Office said Stephen Pike, 31, of Pell City, was arrested Friday after leading deputies on a chase down U.S. Highway 231 through Pell City.

According to the Sheriff’s Office website, Pike was charged with possession of a controlled substance, fleeing or attempting to elude and illegal possession of a prescription medication.

In a press release, the office says deputies were called to assist the Ragland Police Department on a suspicious person call at 12:19 p.m.

When a Ragland officer arrived on scene, the release says, Pike attempted to flee in a vehicle.

He was pursued until he was stopped on County Road 207.

In its release, the Sheriff's Office thanked the Pell City Police Department and the Talladega County Sheriff’s Office for their help during the chase and subsequent arrest.