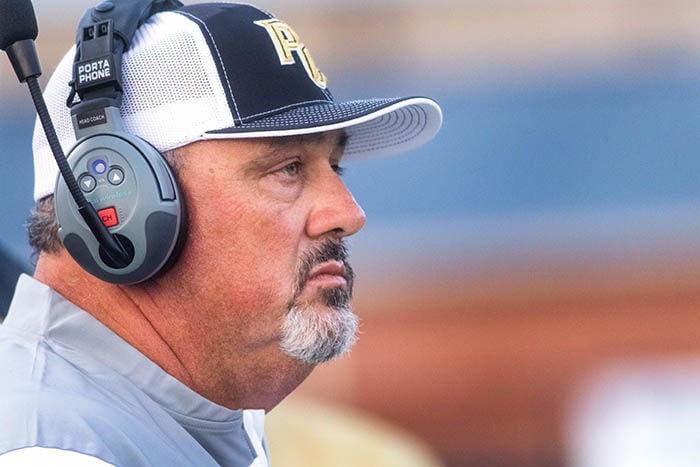 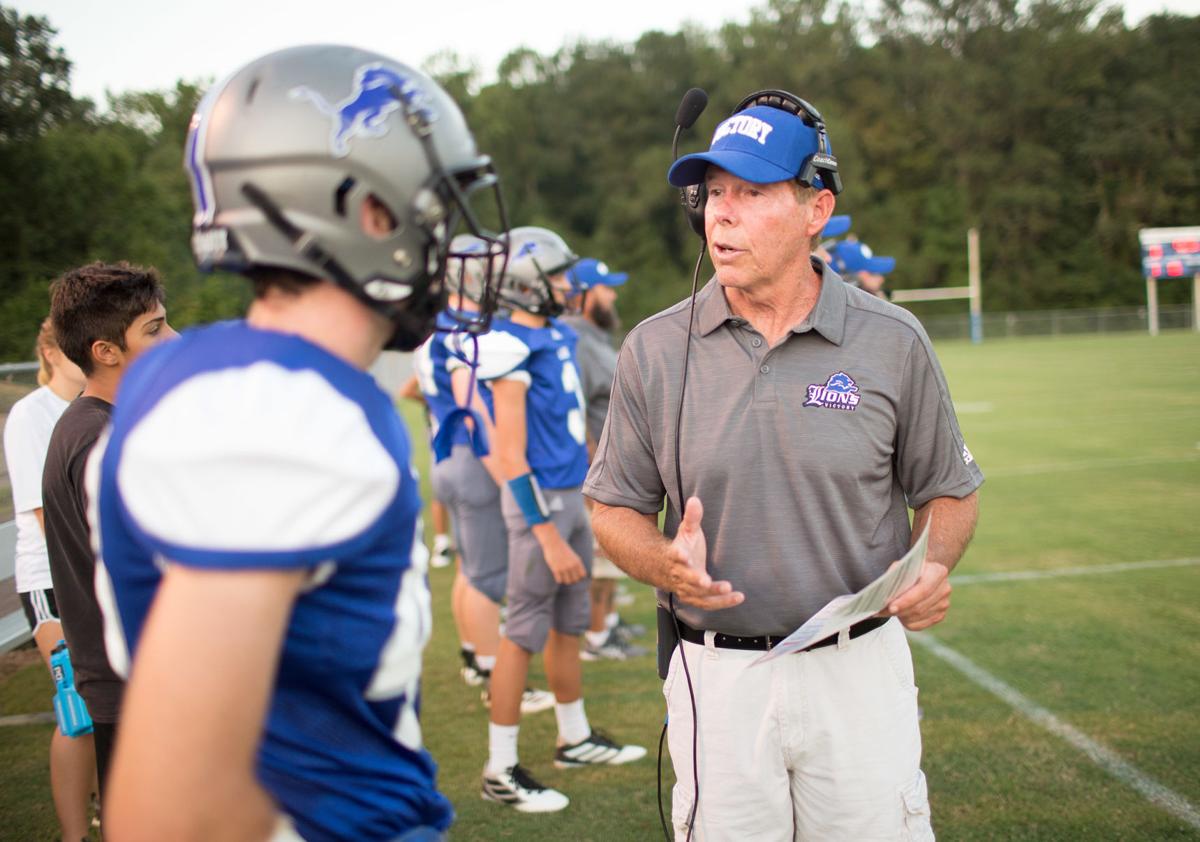 Victory Christian head coach Bruce Breland guided the Lions back to the postseason for the first time since 2015 last fall.

Victory Christian head coach Bruce Breland guided the Lions back to the postseason for the first time since 2015 last fall.

PELL CITY -- Pell City and Victory Christian were two of the eight schools that participated in the St. Clair County Football Media Day at Buffalo Wild Wings on Friday afternoon.

The third annual Media Day was different. In previous years, coaches knew there was going to be a season, but with COVID-19 cases on the rise, it is uncertain whether the 2020 season will happen or what it will look like.

“As of today (Friday) when we finished our meeting at 12:30 p.m., there will be football,” Lee said. “There are some guidelines that we are going to have to follow.

“They said, ‘Guys, if you follow those guidelines, we can pretty much say that there is going to be football.’ The Alabama High School Athletic Association is going to have  a press conference next Thursday morning, and they are going to lay out all of this.”

“I never thought in the past about wiping down face masks,” Lee said. “I never wanted to touch their sweaty helmets, to be honest with you, when they come off the practice field, but now we are going to have to wipe down and clean the helmets everyday.

“We are going to have to clean the shoulder pads. One thing that we should have been doing that we haven't  been doing is washing the practice uniforms every single day.

“If there is anything positive that has come out of this, it is that it has forced us coaches to keep things cleaner than we have in the past.”

Victory Christian head coach Bruce Breland hopes there will be a season.

After getting off to a slow start last fall, Victory Christian (6-5) won five of its last seven games to make the playoffs. The Lions fell to Pickens County, 31-14 in the first round.

With several key players returning from 2019, Breland has high expectations for the Lions this year.

“We believe if we started the season out strong that we would have been one those elite teams at the end,” Breland said. “We have a lot of guys back, so they are hungry to make a difference.

“Just going to the playoffs won’t be good enough for these guys. That's the attitude that they are taking, that's their work ethic and that's what they talk about.

“It is not just coaches’ talk, it is what goes on when they are talking among themselves.”

After witnessing spring sports lose their season to the pandemic, Victory Christian senior Creed Cline plans to make the most of every moment he has on the gridiron this fall.

“My mentality is not to take anything for granted and go all out,” Cline said. “Act as if every play is your last because you don't know when it is going to be your last game. With everything going on, you have no idea, so you just have to work.”