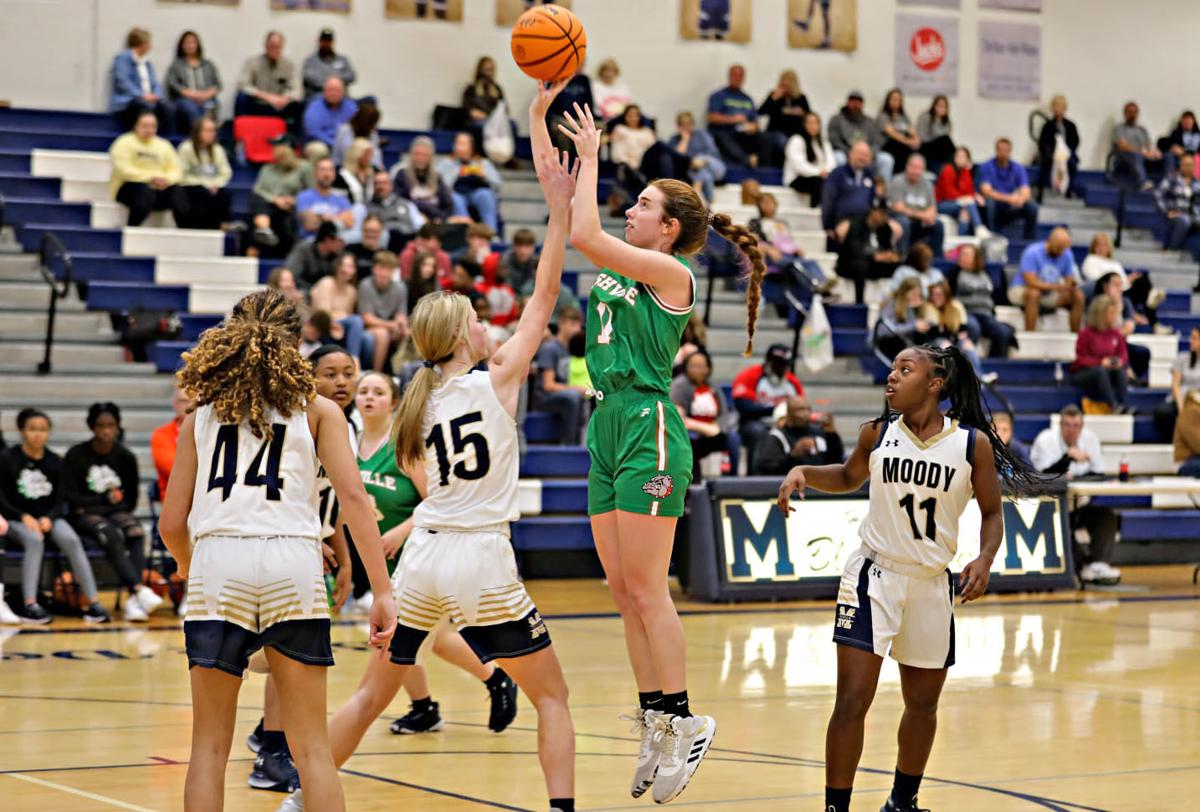 Ashville's Sera Beth Potter posted six of the 12 points scored by the Bulldogs against Moody on Tuesday. The Blue Devils won the county rival matchup 57-12. 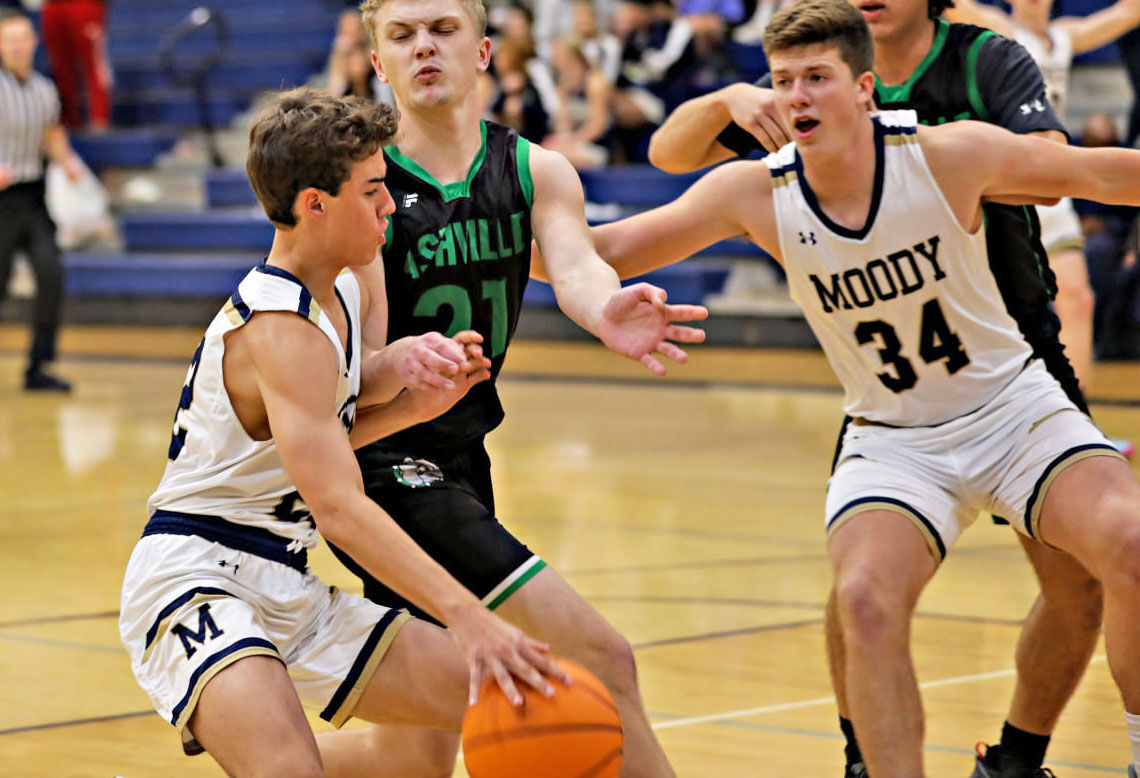 MOODY — The Moody boys and girls basketball teams each picked up a win over county rival Ashville on Tuesday night. The girls won 57-12, while the boys finished with a 64-25 victory.

“We were able to distribute the ball well offensively and maintain a steady aggression defensively,” she said. “Coach Carpenter does a great job with his teams at Ashville. It was a great accomplishment for our team to get a win over a quality program.”

Jaylon Fields led the Blue Devils with 16 points, while Maddie Barfield followed with 12.

Moody boys 64, Ashville 25: The boys team also had a notable win over Ashville on Tuesday with a 39-point lead by the end of the game.

“I thought it was a good win for our guys,” head coach Chad Bates said. “Had a lot of guys step up when we got in foul trouble early.”