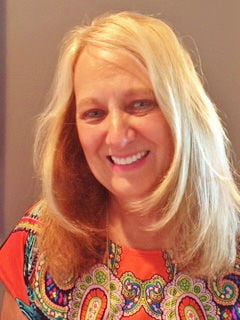 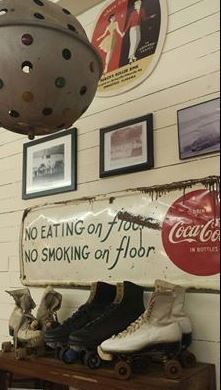 The Burch’s Roller Rink display at the Springville Museum.

The Burch’s Roller Rink display at the Springville Museum.

Back in the day, Springville had a movie theater, a swimming pool, carpet golf and a skating rink.

Today let’s revisit a place that was so much fun … the music, the disco light, the excitement and the skating. During the late ’50s and early ‘60s, Burch’s Roller Rink was on Springville-Odenville Rd (Highway 174).

People from all over St. Clair County would drop their children off and pick them up later.

It was a place for high-spirited, fun-loving teenagers and preteens, a delightful pastime and good wholesome fun. That was because Mrs. Burch (affectionately referred to as “Momma Burch”) would stand on the porch to be sure the parking lot was safe.

She ruled that place with an iron fist. You stepped out of line, you were out the door, suspended, until she decided if and when you were allowed back in.

Momma Burch’s daughter, Joyce Burch, was the manager. She gave out Joyce’s Skating Club membership cards. Skaters, old and young, joined behind her as she led the conga line dance around the rink.

There always was comedy waiting for you at the roller rink. You just had to find the person holding onto the railing and then wait for it to happen. One person said his moment was when he flipped over the railing, going from hero to zero.

Mention of this place makes the memories roll.

Here are some treasured memories from others: Before I could date, I could skate. There were fun songs like: “Splish Splash,” “The little Old Lady from Pasadena,” “Surfer Girl,” “Hokey Pokey,” and “The Happy Organ.”

During church youth night, one girl remembers being in junior high and meeting her fellow there. One of my friends said, “Before I could date, this was where a lot of us kids would go so that we could see boys. It was so much fun and, of course, you always hoped that special guy would ask you to skate.”

Were you the boy who hid in the restroom afraid a girl would choose you to skate with her or were you like another that said he was semi-petrified of girls in his early teens but did say “yes” when a really cute girl asked him to skate during couples only songs?

There were speed races, some quick kisses when no one was looking and there was reverse skating. Joe Whitten remembers skating there when he first landed in Odenville in 1961. How about this treasured teenage memory?  It was where Raylene and Eugene Sparks reunited, ending up being a doorway to their 50 years together.

At the Springville Museum, you can still see mementos of that giant rotating disco light, a sign from the skating rink ceiling and skates that are on loan from Carol Waid and Carol Tucker. Thank you, God, that even though the skating rink is long gone, those memories last forever.

I would love to hear your memories. Contact Mary Ellen Sparks at odenville1914@gmail.com.