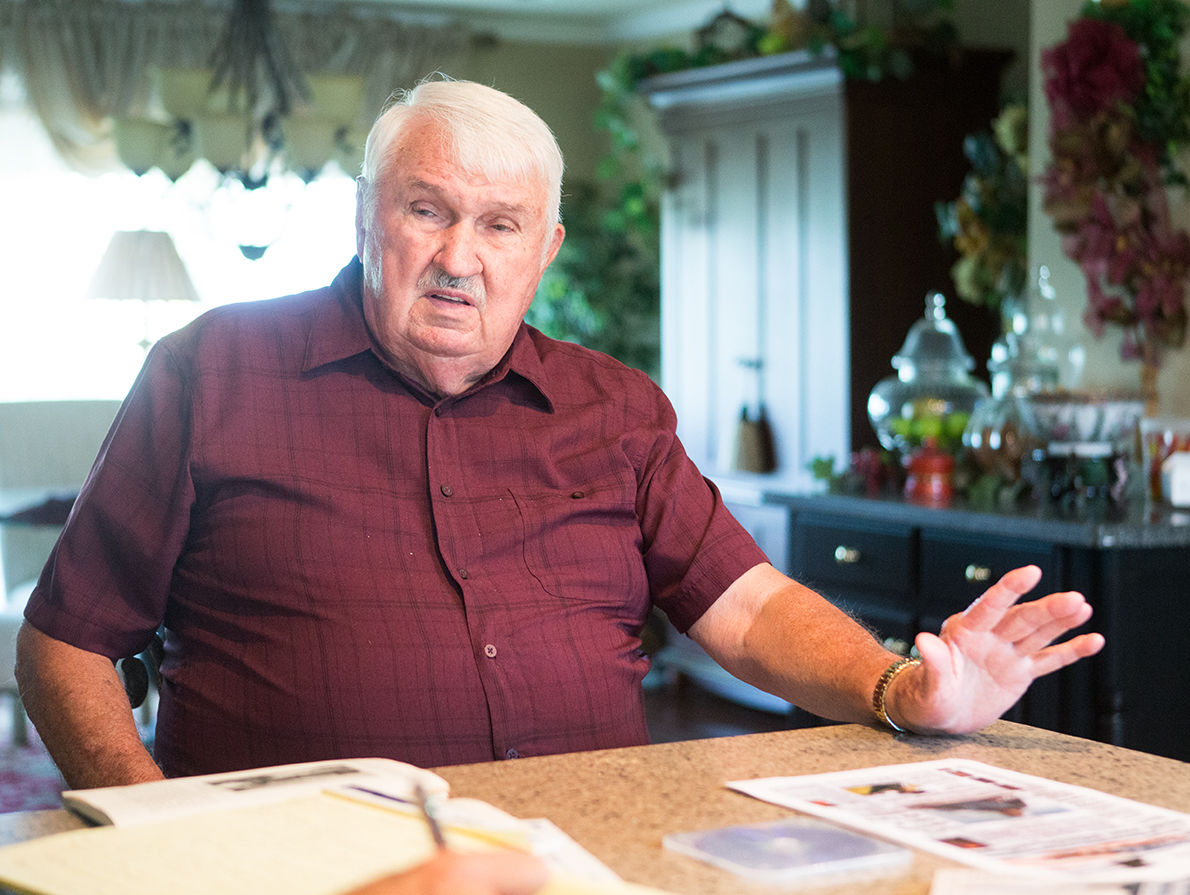 Earl Smith, of Lincoln, tells his story of disarming a hydrogen bomb retrieved from a plane crash in North Carolina. For more than 50 years, the events surrounding the Goldsboro Broken Arrow event were highly classified. 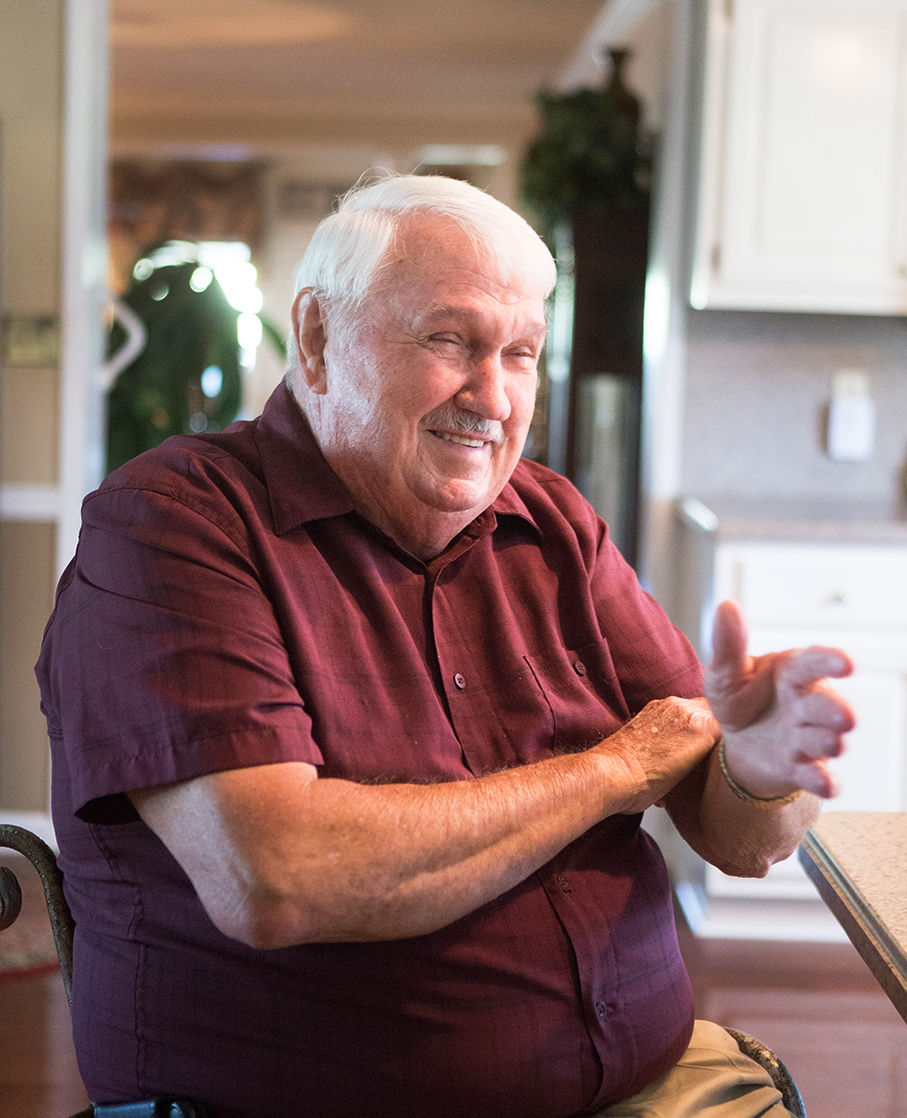 Lincoln resident Earl Smith was serving at Seymour Johnson Air Force Base in Goldsboro, N.C., at the time of the “Goldsboro Broken Arrow” incident on Jan. 24, 1961. 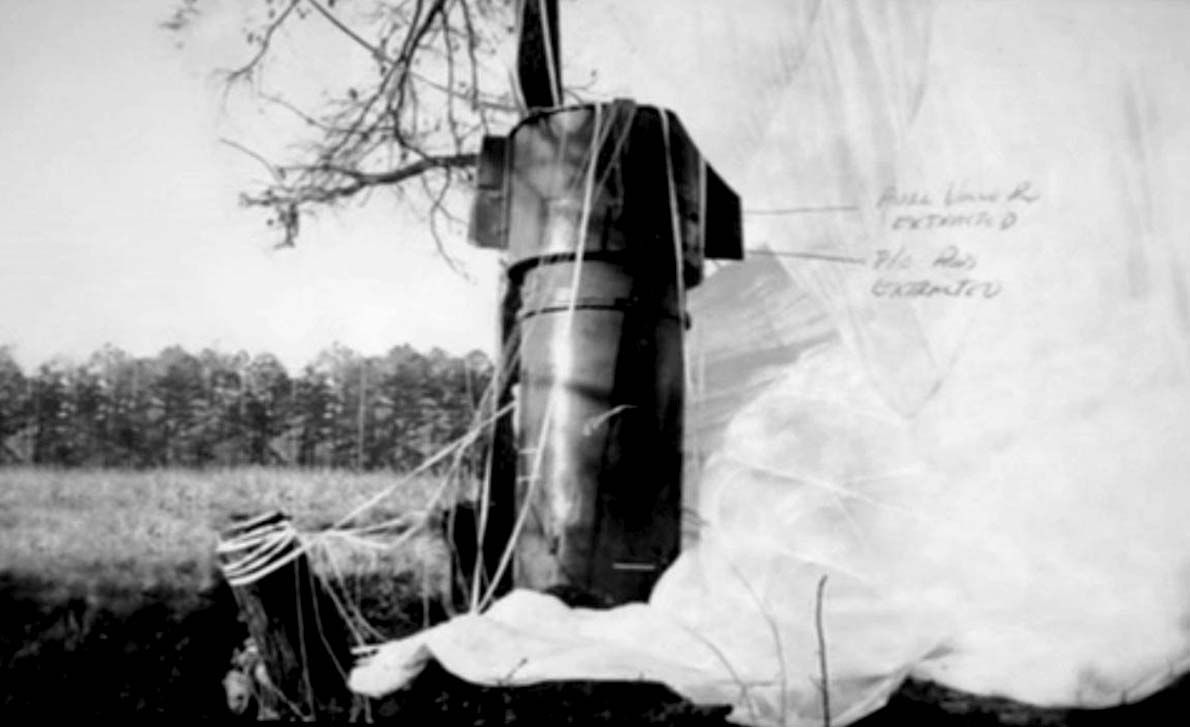 This is one of the two hydrogen bombs Earl Smith helped disarm following a B-52 crash in North Carolina in 1961.

Earl Smith, of Lincoln, tells his story of disarming a hydrogen bomb retrieved from a plane crash in North Carolina. For more than 50 years, the events surrounding the Goldsboro Broken Arrow event were highly classified.

Lincoln resident Earl Smith was serving at Seymour Johnson Air Force Base in Goldsboro, N.C., at the time of the “Goldsboro Broken Arrow” incident on Jan. 24, 1961.

This is one of the two hydrogen bombs Earl Smith helped disarm following a B-52 crash in North Carolina in 1961.

LINCOLN -- Earl Smith has been called a hero, the man who saved America.

But his actions involving the disarmament of a hydrogen bomb recovered after a plane crash in North Carolina were kept secret for more than half a century.

“We were instructed to never talk about it,” said the 79-year-old Lincoln resident. “More or less, I just put it out of my mind.”

Smith, who owns and operates Race Fever Campground on Speedway Boulevard, could never forget that cold January night in Goldsboro, North Carolina, when he came face to face with a Mark 39 hydrogen bomb, 250 times more powerful than the bombs dropped on Japan, marking the end of World War II.

“The bomb was fully intact,” Smith said, which meant it could detonate and cause destruction yet unknown to mankind.

The situation began unfolding when a U.S. Air Force B-52 broke up in mid-air, separating from its payload -- two nuclear bombs that threatened millions.

One bomb buried itself deep into the muddy swamp, while the other remained intact, part of it sticking out of the ground. A large parachute was deployed and hanging from a tree above the device.

Smith explained that when the parachute was deployed during the plane crash, it started a sequence of events to arm the bomb.

The bomb had a thin coat of ice surrounding it and its access door when Smith got his first look.

“I was scared to death to open that bomb access door,” he said. “I had to chip away the ice on the access door and was finally able to open it.”

He was then able to look inside.

“The arm safety switch was on, armed and functioning,” he said.

Smith, who was serving in the Air Force, said he had just graduated from the U.S. Navy Explosive Ordnance Disposal School nine months before the incident.

He was the on-call EOD technician at Seymour Johnson Air Force Base in Goldsboro, and he lived off the base.

He recalls the phone call he received from the base, shortly after midnight.

“When they called me, the plane hadn’t yet crashed,” he said. “I knew it was severe. It was a few minutes past midnight. I didn’t even take the time to tie my shoes. The control tower called me. By the time I got to the base, they (had) determined the plane had crashed about 15 miles away.”

Three men died in the crash. The plane’s payload, the two nuclear bombs, broke loose from the aircraft at about 10,000 feet.

The base had a helicopter waiting, ready to take Smith and the base commander to the site where the bombs lay strewn from the wreckage.

Once at the location, the officer told Smith nothing could be done until the Atomic Energy Commission was notified.

He knew time was critical.

Smith said it took more than one person to disarm the bomb, so he was forced to wait for three more EOD technicians to arrive.

“These bombs are preset for a pretty long duration for safety,” Smith said.

He said the bomb was booby trapped, so there were exact procedures in place for disarmament.

Smith said the bomb was rendered safe by the EOD team from Seymour Johnson eight hours before an EOD team from another base arrived.

The second bomb had disintegrated on impact, but parts of it were buried deep underground from the force of hitting land, Smith said.

Smith found the nuclear core of the second bomb deep inside the pit that was formed from the bomb’s impact.

Concerned about exposure to radiation at the time of the incident, Smith said he thought he would likely die of radiation exposure.

“Everything happened so quickly, I didn’t have time to grab the radiation equipment,” he said.

Remarkably, Smith said, he has never had any medical issues related to the exposure.

“He is a true American hero,” said Pell City attorney Billy Church when he recently introduced Smith at a Pell City Kiwanis luncheon to tell his story.

Smith has only recently began talking about the  harrowing event known as the “Goldsboro Broken Arrow” incident, a story that first unfolded a few minutes past midnight Jan. 24, 1961 -- 56 years ago.

“The thing I admire about Earl is that he didn’t tell anyone about it until it was OK to do so,” said Kirk Keller, the past president and chairman of the Wayne County, North Carolina, Historical Association. Wayne County includes Goldsboro.

Information surrounding the incident remained highly classified all these years.

Keller, a professor at Wayne Community College in Goldsboro, said the close-knit military community knew some things about the incident but did not know the exact details.

Information about the Goldsboro Broken Arrow incident was finally declassified in 2013, and the story has now become a part of history.

Keller said he wanted an accurate account of the incident preserved for future generations, and Smith is an important piece of that history.

“I wanted the story to be told from his standpoint,” Keller said.

In January, Smith returned to Goldsboro and received a hero’s welcome. He told his story to local media and to various civic and school groups throughout the Goldsboro community.

Keller said Smith is a hero, exposing himself to possible radiation and death to ensure public safety.

If the first bomb had exploded, it could have set off the second bomb, Keller said.

He said the explosion could have killed millions of people, becoming one of the worst nuclear accidents in history had it not been for the expertise of Smith and the other responding specialists.

“I think Earl would say he did what he was trained to do,” Keller said. “This job had to be done.”

Smith said he remains amazed that the bomb did not explode.

“Why did it not go off?" he said. "The Lord Jesus Christ only knows.”