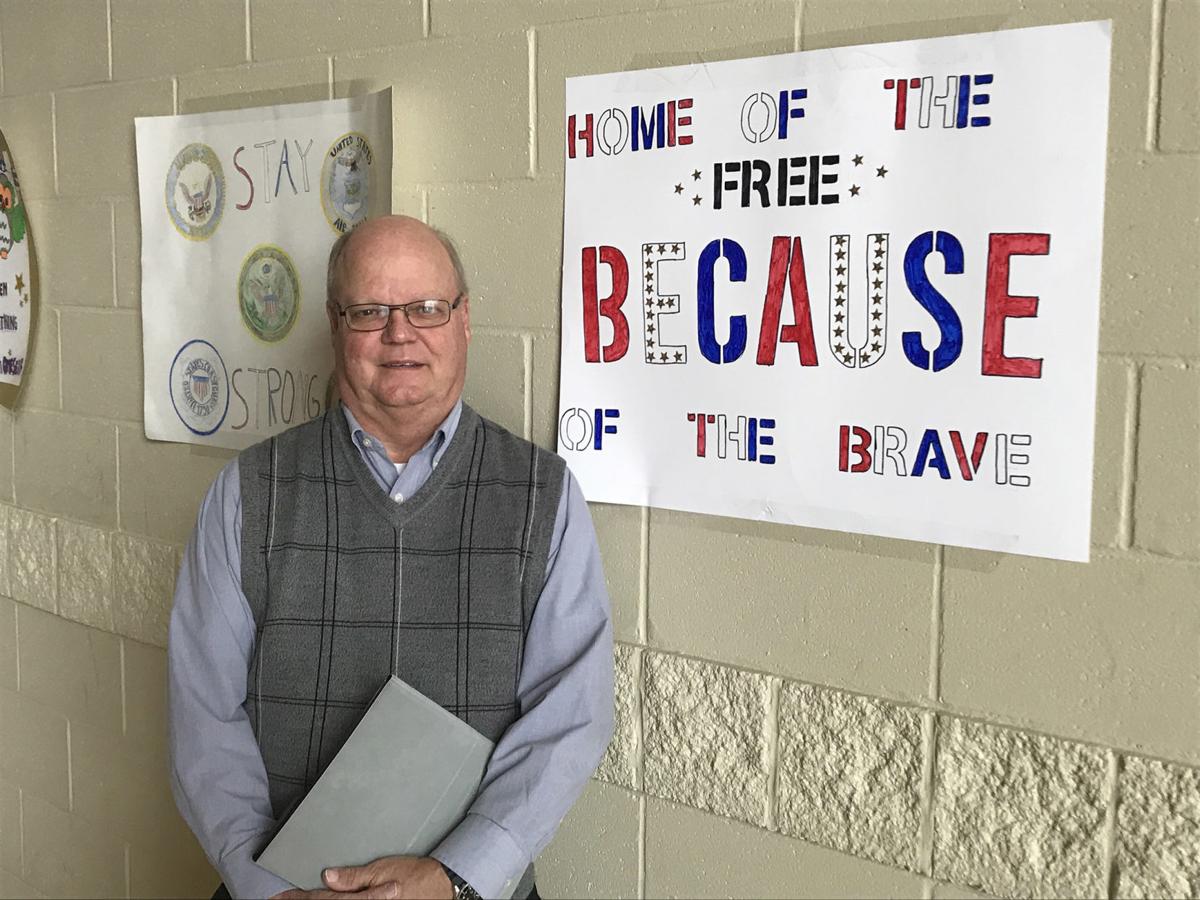 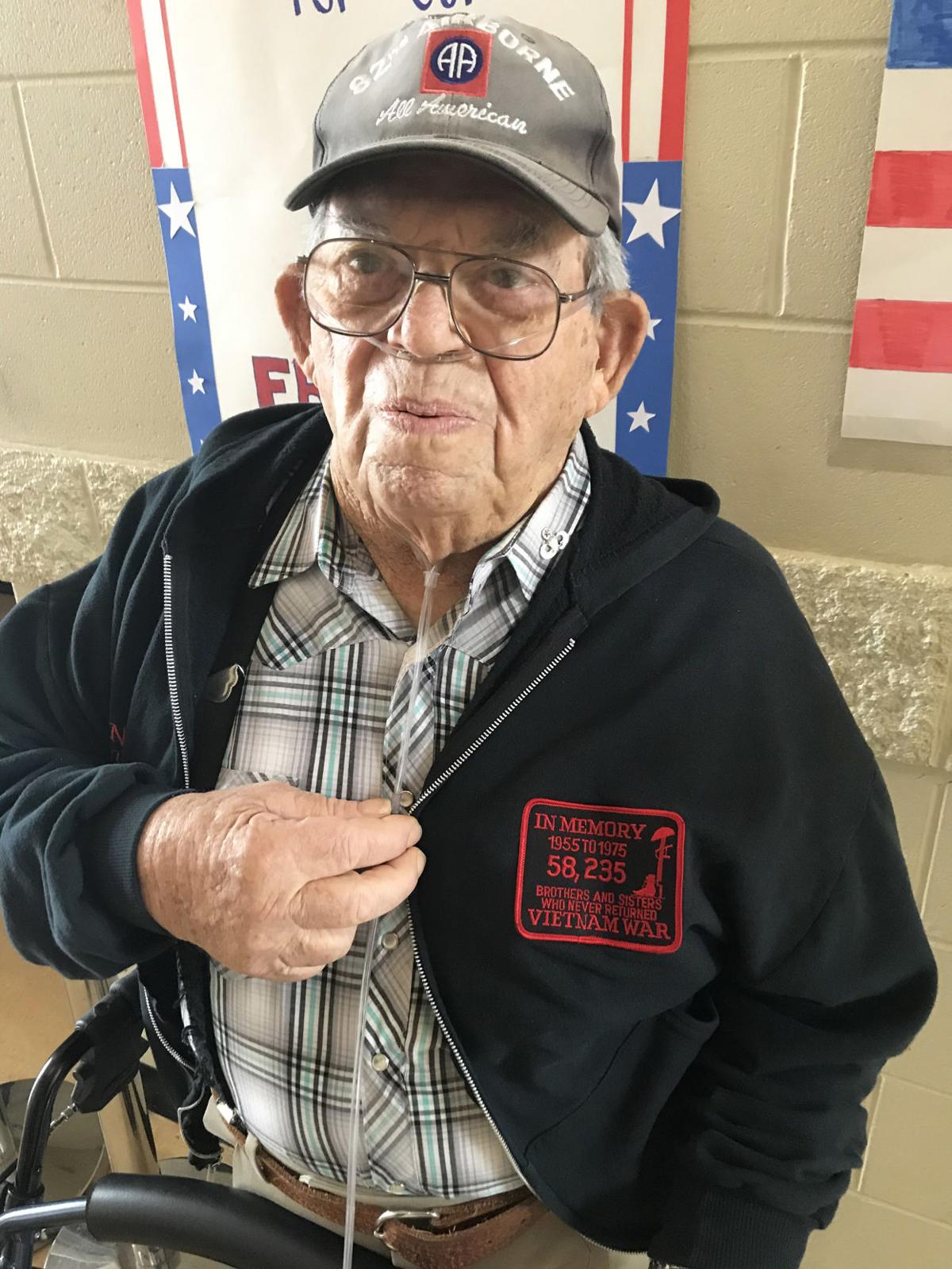 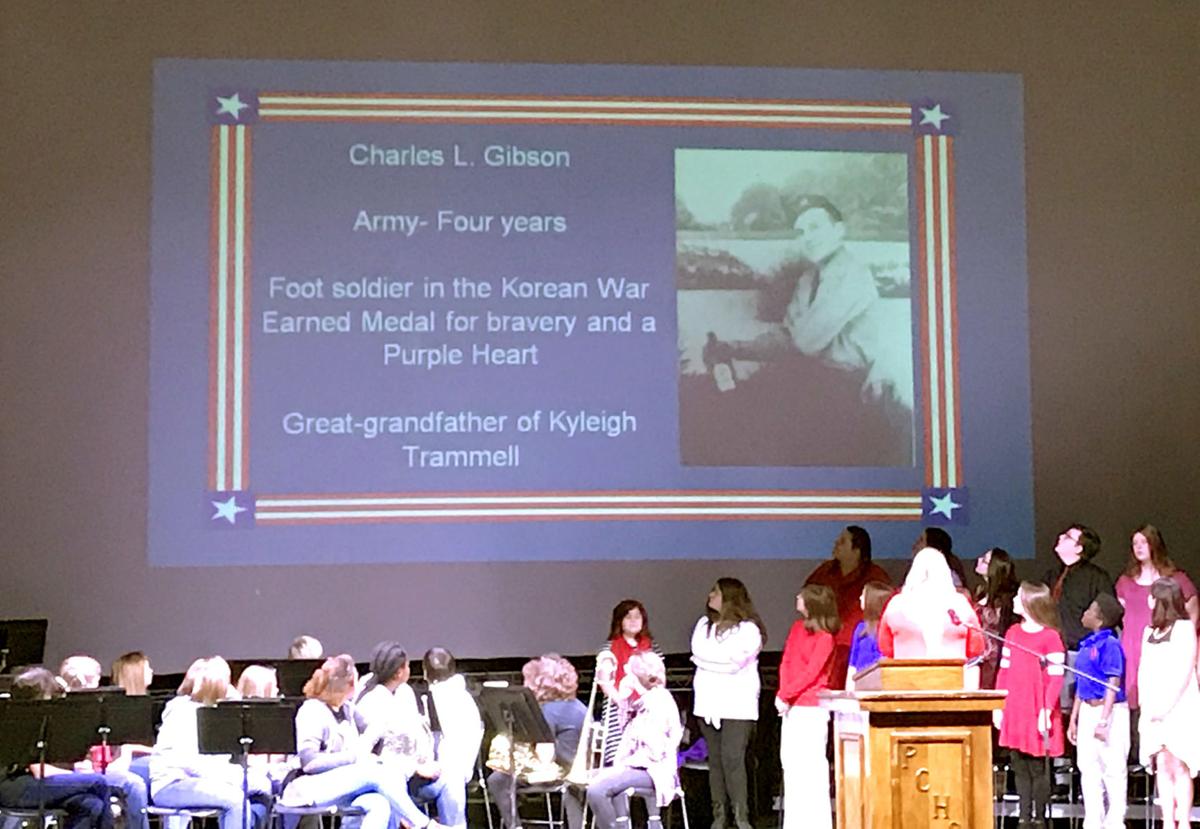 PELL CITY – As 90-year-old United States Army veteran Ray Smith was introduced during the Veterans Day program at Duran South Junior High School on Friday, the magnitude of what the speaker had just said hit home.

Later, Smith, a Pell City resident, proudly wore an 82nd Airborne All American cap as he talked about his 22 years in the service.

“I joined the Army on June 14, 1948, and I retired on Aug. 31, 1970,” Smith said. “When I went in the Army, I had an eighth-grade education, and when I came out, I had finished college and had an electronics degree. That’s one of the things that means the most to me as a veteran.”

He also holds memories of worldwide travel, including four years in Germany, Austria and Italy; three years in Tokyo supporting troops in Korea during the Korean War; and 30 days in the Dominican Republic in 1965, when he made three combat jumps as the U.S. put down an insurrection that had led to a U.S. Air Force base being overtaken.

Smith said he appreciates the Veterans Day programs that are held each year such as the one conducted by the Duran Junior High students.

“It gives us something to look forward to,” Smith said.

The program consisted of the singing and playing of many patriotic and military songs by the Duran Junior High band and choir, a salute to the five branches of the U.S. military, poetry readings, a keynote speech by U.S. Navy veteran Bill White, the playing of “Taps” and much more.

White, an IT project manager for the Hoover Police Department, served on a guided missile warship and the carrier the U.S.S Lexington from 1970-1976.

He shared with the audience how the commitment a veteran makes is to protect the land, laws and liberties of the United States.

“When you see a veteran, I would ask you to always consider the price they paid to keep you and your family safe,” White said. “I am honored to represent veterans here today.”

In his closing remarks, Duran South Principal Dr. Cory O’Neal said he had a speech prepared, but he acknowledged the choir had said it best by singing “You Are Our Heroes” as a slideshow tribute to U.S. military members related to the school’s students and faculty played on the video screen.

“Thank you for your service,” O’Neal said to a group of approximately 15 veterans and their families in attendance. “That is really all I need to say.”