From left, Robin Cooper, Kim Johnston and Shane Busby, and Cabot Barton will be featured at the Artists' Spotlight at LMo & Co. in Talladega on Friday afternoon. 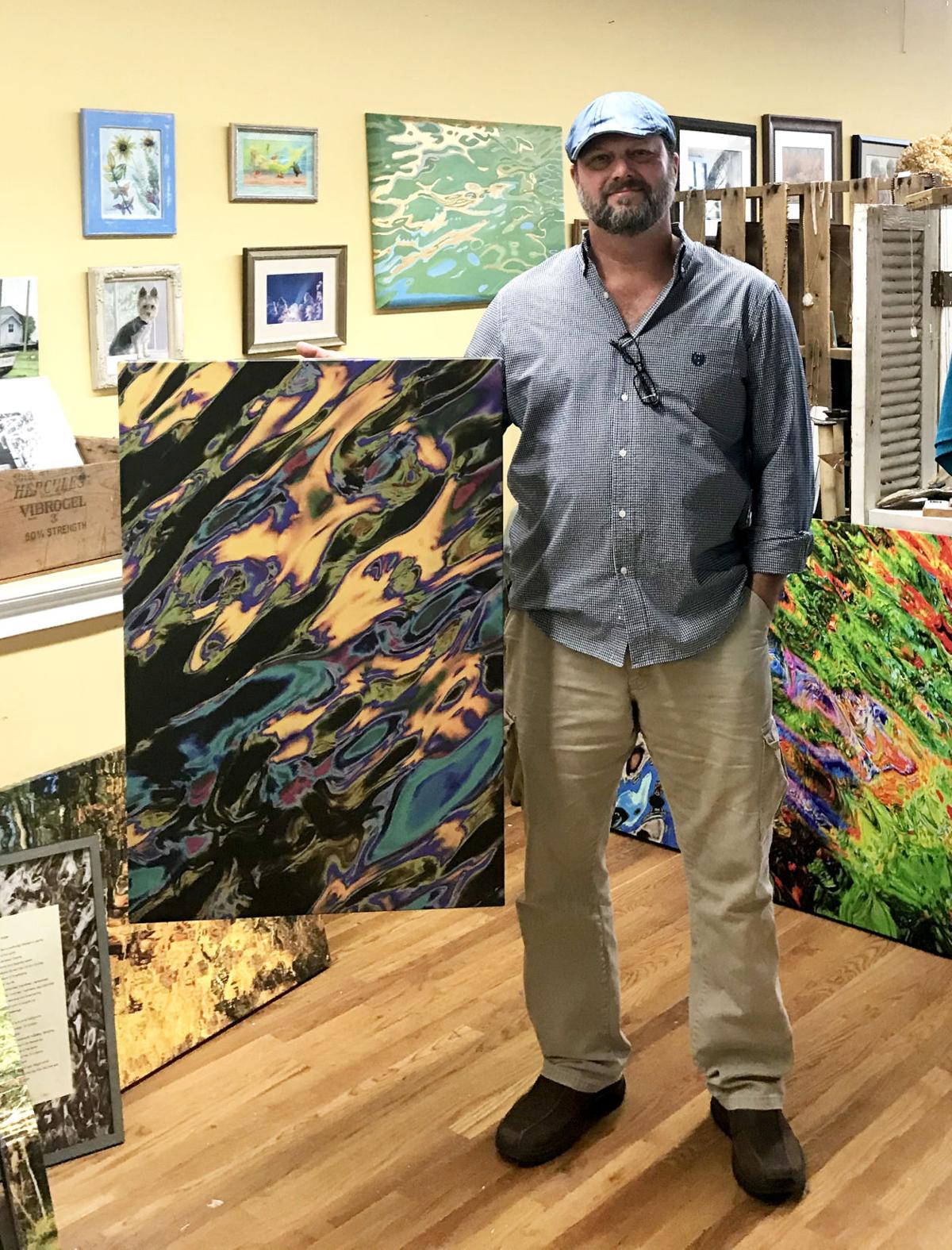 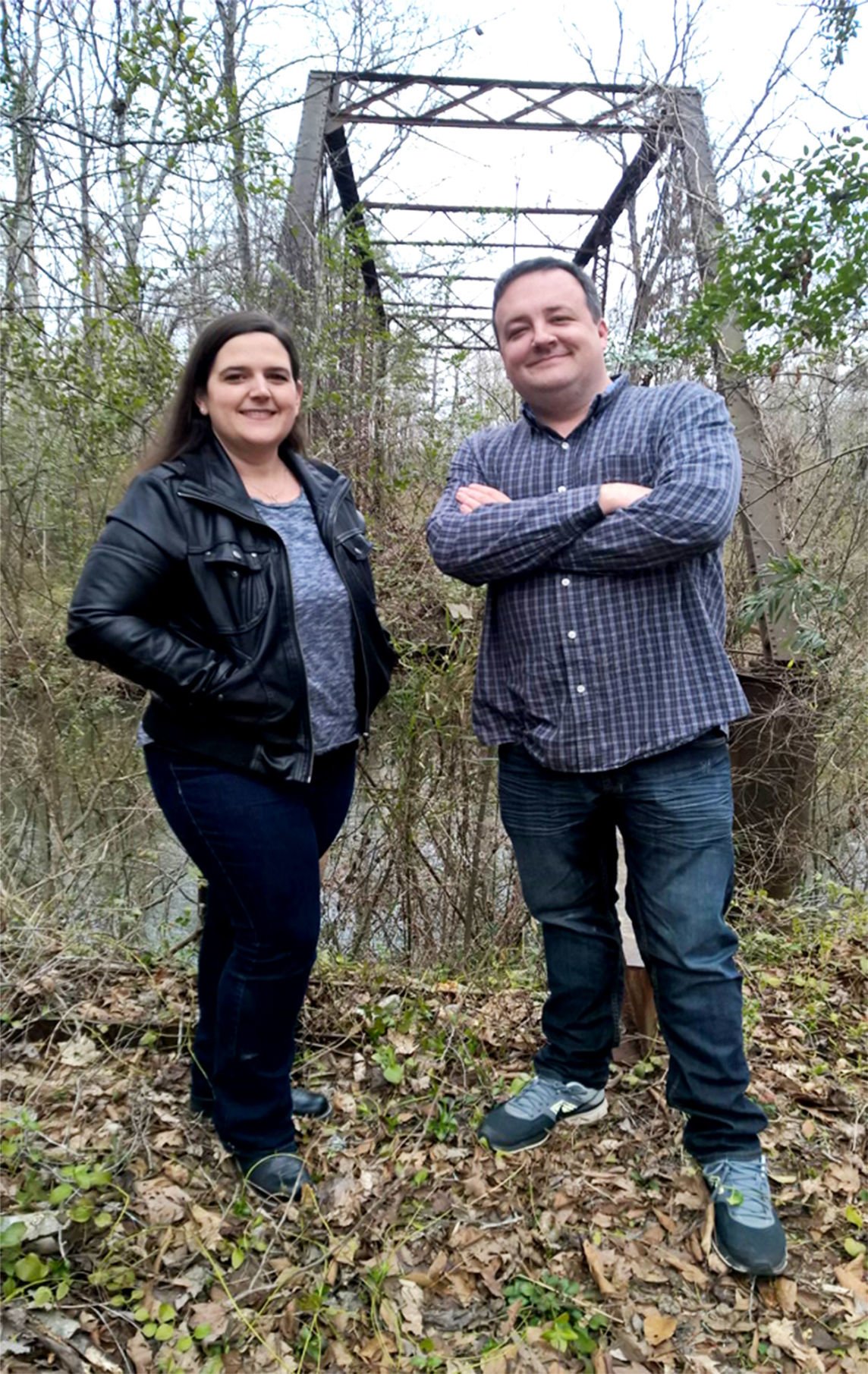 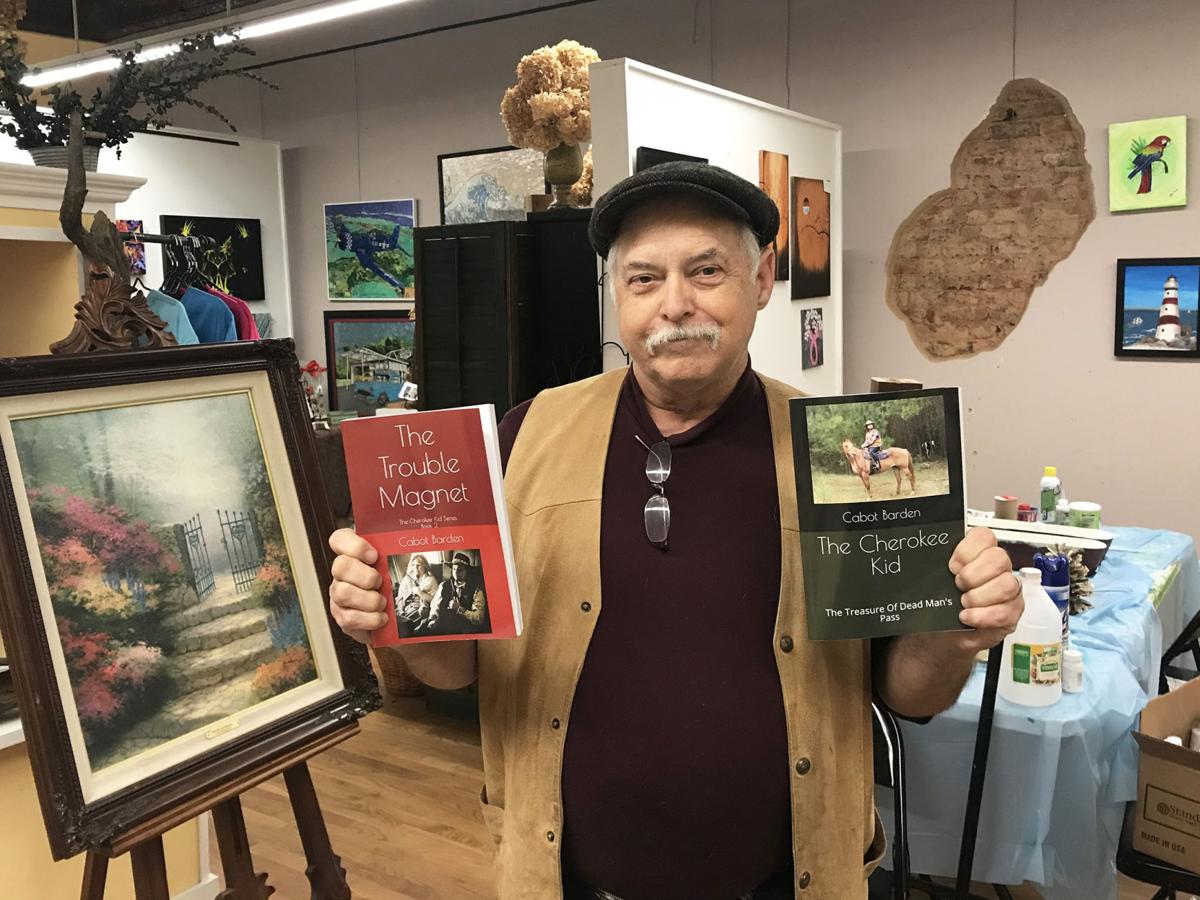 From left, Robin Cooper, Kim Johnston and Shane Busby, and Cabot Barton will be featured at the Artists' Spotlight at LMo & Co. in Talladega on Friday afternoon.

Editor's note: This story has been updated to include the start time for the event: 5 p.m. It was left out of the original story by mistake.

TALLADEGA -- It’s been a while, but Friday night, Nov. 8, the Artists’ Spotlight returns to LMo & Co. on Talladega’s Historic Courthouse Square, featuring the work of four area artists.

Robin Cooper was born and raised in Talladega, and has been pursuing photography seriously for the past five or six years. Although nature is his primary subject, his work is far more abstract in many cases than might be expected.

“I like to look at things and make things that I like to look at,” he said. In a statement of purpose entitled “Light and Water,” he writes, “As far back as I can remember, I’ve had a particular interest in gazing at watery bits of the world. I roam the forests at every chance, I seek out the choicest scrying and listening spots, easy flowing pools just above babbling shoals that roll and tumble off the stooping backside of Appalachia are my usual haunts.

“I have often become hypnotized, rapt, absorbed, transfixed, transported, entranced, enthralled, engrossed, enchanted, charmed, captivated and bemused by the various running, rippling, reflecting and shimmering surfaces that I have happened upon or sought out on my sylvan meanderings.”

He found his unique style after “years of experimenting,” he said. “I take a picture of the surface of the water, then toy with it, with the colors, the shapes. I use negatives of some, split mirror shots on others. I find it to be a spiritual exercise. They are meditation aids.”

In “Light and Water,” he explains, “all of the forms are already there in the chaos constantly colliding, blending, morphing, transforming and only waiting to be teased out by the spirit that dances on the face of the water.

“I like to think that each of these pictures has, in a sense, captured eternity in a moment. One frame of flickering flux and flow of this wet, wiggly world. We are made of water. We are each a river that will one day flow into the sea. Art is meant to remind us of this, lest we miss the journey.”

Kim Johnston and Shane Busby are the authors of “Haunted Talladega County,” a volume first published in 2015 that has been popular ever since.

Johnston and Busby are the founders of Spirit Communications and Research, and they have also written a book about haunted places in Shelby County. Both found the project fulfilling.

“We talked to people in the Silk Stocking District in downtown Talladega, really got to know some of those families, and we did the same at Gravity Hill and DeSoto Caverns,” Johnston said. The latter was one of her favorites.

“We met with the daughter of their CEO, and her story is really a testament to her faith,” she said. “That was a special treat.”

Busby said he grew up in the Childersburg area, and his grandfather farmed in Alpine. Busby also enjoyed meeting the people they interviewed for the book.

“We’d talk to one person, and that person would send us to another person, and then to another,” he said. “We really had enough for two or three books. But the Grist Mill story is probably my favorite because it’s close to where I’m from. And Gloria’s Bridge, there’s someplace like that almost everywhere, but we uncovered some evidence that might lend some credence to this one.”

The book will be available at Friday’s event and can also be found at Barnes & Noble, Books-A-Million and on Amazon.

“LMo was one of our earliest supporters, and we are excited to be asked back,” Busby said. “We’re looking forward to people coming out, having a good time and telling some good stories.”

This month’s Spotlight also features author Cabot Barden, who has recently completed the first two volumes of a proposed trilogy centered on “The Cherokee Kid.” The novels tell the story of the first Native American U.S. Marshal. The first two books are called “The Treasure of Dead Man’s Pass” and “Trouble Magnet.”

“Being an Indian carried a stigma with it, all the way into the 1980s,” he said. “The first book is about how he got started being a marshal, and the second picks up where it leaves off, when he goes to Oklahoma.”

In addition to the third book in this series, Barden said he is currently taking on a new genre with “Ganymede Rising,” his first science fiction book.

“It’s totally different for me,” he said. “It will have spaceships and dragons in it.”