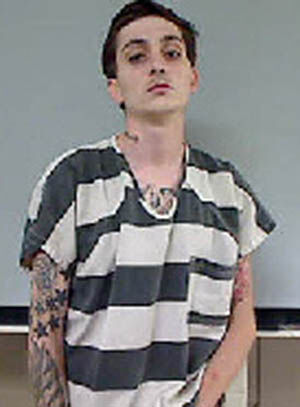 TALLADEGA -- A Talladega man has been arrested and charged with breaking into and entering a motor vehicle in the Precision Strip parking lot Friday, with additional charges to come.

Colton Ray Pickett, 23, did not have a bond as of Tuesday night, according to Talladega County Metro Jail records.

According to Talladega police Lt. Jimmy Thompson, at least four vehicles in the Precision Strip parking lot were broken into between 6:12 and 8 25 p.m. All of the vehicles had been left unlocked by their owners, he added.

The items listed as stolen from the four vehicles included a Glock 17 9 mm handgun, a set of keys, a Smith and Wesson .40 caliber handgun, a Taurus Tristar handgun, a radio faceplate and various personal identification documents.

There was also damage to the dashboard of a Toyota Tacoma reported.

Thompson said there is video surveillance of the parking lot, which allowed investigators to identify a vehicle likely involved in the break-ins and thefts. The vehicle was located at the Best Inn in Talladega.

After determining Pickett’s room number, officers knocked on the door and, although they did not get any reply, heard sounds inside, including a possible gun being cocked.

A female eventually answered the door. Once in the room, officers found an unlabeled pill bottle, a cut straw and the 9 mm handgun that had been reported stolen from Precision Strip.

More stolen items, including the faceplate and the keys, along with a set of digital scales and other recently stolen items were recovered from both Pickett’s and the female’s vehicles. Pickett became abusive and began using obscene language and was detained, but he was not arrested at this point.

Several hours later, officers responded to the Chevron Station on Haynes Street, where an employee reported seeing Pickett breaking into her vehicle. He had not stolen anything from this vehicle, but he had an uncapped syringe containing what appeared to be methamphetamine in his pocket. He did not tell the officer searching him about the syringe, leading the officer to prick his finger on it.

As of Tuesday night, Picket is charged with breaking into and entering a vehicle, public intoxication, possession of drug paraphernalia and outstanding warrants. The female, who was also present at the Chevron, has not been charged with anything, Thompson said.

Breaking into and entering a motor vehicle is a class C felony in Alabama, punishable upon conviction by one year and one day to 10 years in prison.