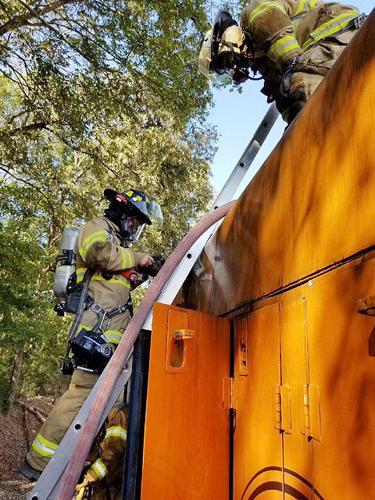 Austin Osborne of the Talladega Fire Department works his way up a ladder while fighting a locomotive fire at a crossing on Bemiston Avenue on Friday. 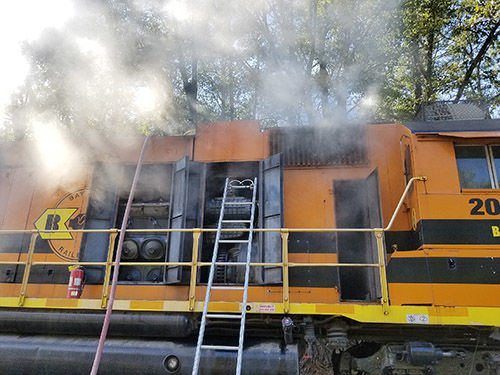 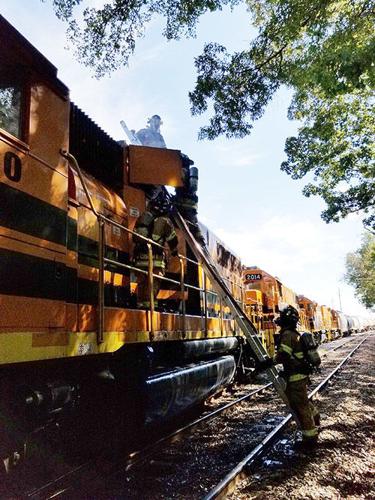 Austin Osborne of the Talladega Fire Department works his way up a ladder while fighting a locomotive fire at a crossing on Bemiston Avenue on Friday.

TALLADEGA -- There were no injuries Friday afternoon when a locomotive caught fire on Bemiston Avenue in Talladega.

Capt. John Tyson with the Talladega Fire Department said the fire was confined to the engine compartment of the train.

“There was minor damage to the locomotive. The train belonged to East Alabama Railway,” he said.

Train employees told firefighters the train was proceeding down the tracks when they noticed smoke and then fire.

They stopped the train, got off and called 911, Tyson said.

The locomotive blocked the railroad crossing, and once firefighters got the fire out, East Alabama employees moved the train off the crossing, the captain said.

“Our firemen had to take some access panels off the locomotive to get to the fire,” Tyson said.

The Police Department assisted with traffic at the crossing where the train was stalled.

Tyson said a company mechanic was on his way to take a look at the locomotive. Eight firefighters worked the fire.