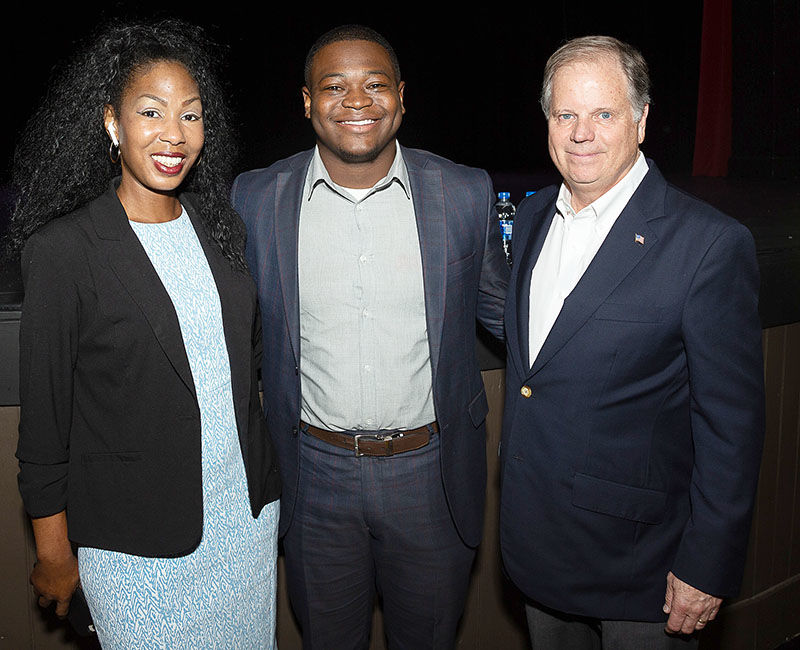 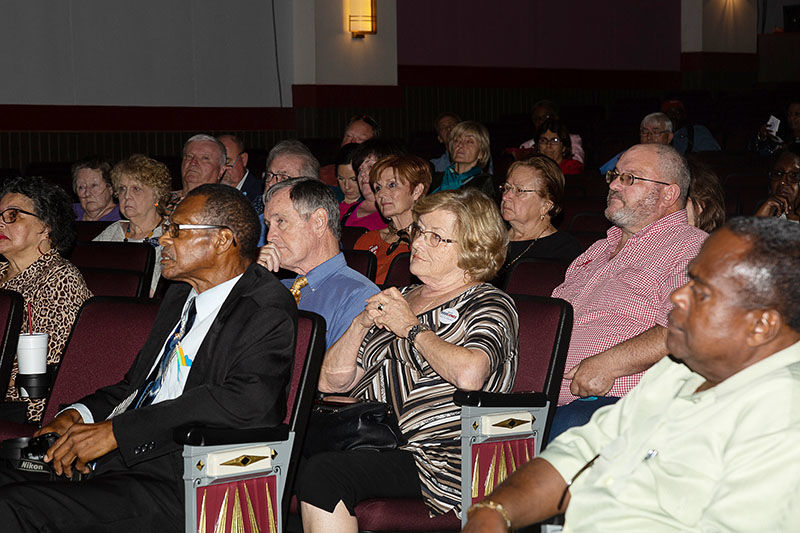 A large crowd showed up to hear Jones discuss a variety of topics, including the possible impeachment of President Donald Trump.

A large crowd showed up to hear Jones discuss a variety of topics, including the possible impeachment of President Donald Trump.

Jones, an Alabama Democrat, was greeted by an enthusiastic audience that welcomed him with a standing ovation.

Jones said serving in the U.S. Senate has been an outstanding opportunity. His focus is what he calls kitchen table issues – health care, affordable housing, banking-consumer protection and expansion of Medicare, an issue that affects rural hospitals, especially in Alabama.

Jones also works on issues such as education, labor and pensions and serves on the Special Committee on Aging as well as the Senate Armed Services Committee.

Jones has sponsored more than 200 bills, many with bi-partisan support. However, Senate Majority Leader Mitch McConnell (R-Ky.) will not send any bill to the floor that the president will not sign, the senator said.

It is widely reported that more than 200 bills have been sidelined in the Senate by McConnell. Jones indicated that is not how Congress and the executive branch are supposed to work – not what the Founding Fathers envisioned or established.

Jones stated he is concerned about the president's removal of troops from Syria, effectively abandoning our allies who helped the USA in the fight against ISIS terrorism. The trade war with China is serious, the senator said. Alabama is a manufacturing state, the trade war is hurting farmers and will eventually harm the economy, Jones said.

With regards to impeaching the president, he stated, “Don't make up your mind until facts, evidence are determined. Overall, the president has put himself in this position.”

Jones emphasized that we are One Alabama and encouraged everyone to get involved and stay involved in our government.

Martha Jordan is secretary of The Talladega County Democratic Party.