Starting at
$7.99 for 30 days
Get Started
View all rates
You are the owner of this article.
Edit Article Add New Article
You have permission to edit this article.
Edit
Home
News
Sports
Opinion
Life
Religion
Special Publications
Slideshows
Classifieds
Obituaries
E-Edition
Contact Us
Weather
Subscribe 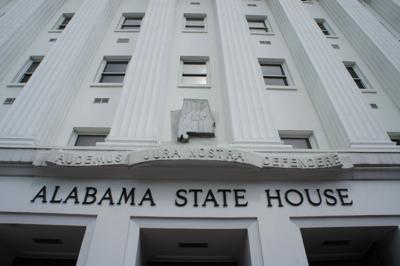 Juvenile crime in Alabama has dropped by 27 percent in the past five years, but the number of kids in the the state's juvenile justice system hasn't declined, according to a report drafted earlier this month by a legislative task force.

State lawmakers in 2018 could debate a juvenile justice reform bill — similar to the state's 2015 prison reform plan — to fix the problem, one lawmaker says.

Lawmakers assembled the task force earlier this year to look into potential problems in the way the state handles minors who are accused of crimes. The state has seen overcrowding in many of its adult jails and prisons, and teen offenders can be tried as adults and sent to those prisons. The state doesn't keep track of recidivism among minors who complete their sentences, according to one researcher who worked with the task force, so the state doesn't have a clear idea of whether its correctional system for minors is preventing future crime.

After inviting the Pew Charitable Trusts to collect information from court and law enforcement officials across the state, the task force found that many of the children in the custody of the Department of Youth Services — the detention authority for kids in trouble with the law — have either committed misdemeanors or more minor infractions, such as chronic school truancy, that get them labeled "in need of supervision." Ward said that unlike kids who've committed felonies, children convicted of lesser offenses often develop even more behavioral problems as a result of being in custody.

For children on probation, the length of the average time on probation has more than doubled since 2009, even as the number of overall juvenile offenses has gone down, the task force found. Ward said technical violations of probation may be leading to longer probation times, though it's hard to identify statewide trends.

"We don't have a uniform policy on things like truancy," Ward said. "It's different in every county.”

The task force report recommends that Alabama come up with statewide guidelines for determining which juvenile offenders are taken out of their homes — with an eye toward keeping only more serious offenders in the department’s custody.

The task force also recommended eliminating court fees for kids in the juvenile justice system. The state currently shores up its cash-strapped court system with fees attached to traffic tickets and criminal charges. Restitution — the fees imposed on juvenile offenders to pay back the victims of their crimes — would remain untouched under the task force proposal.

Ward said he plans to incorporate the task force recommendations into a bill for lawmakers to consider in the 2018 session. The cost of Ward's proposed changes, the senator said, would amount to about $4 million per year.

Barry Matson, executive director of the state’s District Attorneys association, said the group is skeptical of some of the proposals. He said removing a judge’s discretion to impose detention could prevent them from doing what’s best for kids who need a deterrent.

“You can love somebody to death. That’s called enabling,” he said. “Sometimes the last non-enabler in the community is the justice system.”

One group that watched the task force's deliberations, the Alabama Appleseed Center for Law and Justice, said the recommendations may not go far enough. The group has encouraged lawmakers to look closely at the "school-to-prison pipeline" in which some juvenile offenders get their first introduction to the juvenile justice system. The group has said that as much as 30 percent of the criminal complaints against juveniles have come out of the school system. Appleseed has urged schools to limit or eliminate the involvement of school-based police officers in school disciplinary matters.

The group did support some of the task force's suggestions, including the ban on charging court fees and a proposal to create statewide guidelines to clearly delineate when a child should be charged as an adult.

"We don't think the state should transfer any children to the adult system," said Appleseed spokesman Frank Knaack. "At the very least, there should be a consistent judicial review."