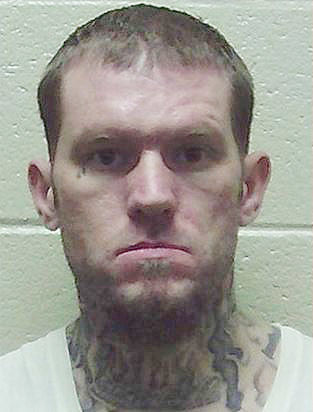 EASTABOGA -- A man who escaped from the Haralson County, Georgia, jail Tuesday was arrested the following day in Eastaboga, according to Talladega County Chief Deputy Josh Tubbs.

Gregory Keith Wyatt, 34, allegedly crawled through a light fixture in the ceiling of the Haralson County Detention Center, worked his way into a pipe chase and exited the building that way, according to local sources.

Tubbs said Talladega County soon became a focus of the hunt, and Wyatt was eventually located at a residence on the 3000 block of Richeytown Road. Talladega County and Haralson County deputies, along with Talladega police officers, contacted the resident and confirmed Wyatt was inside the house.

Wyatt initially barricaded himself inside the residence, and a brief standoff ensued. Tubbs said the incident ended without further incident, however, and Wyatt was arrested.

According to CNN.com, “Wyatt had been in jail since June 6, 2019, on multiple charges; including reckless driving, hit and run and failure to stop at the scene of an accident, according to the Haralson County Sheriff's Office.”