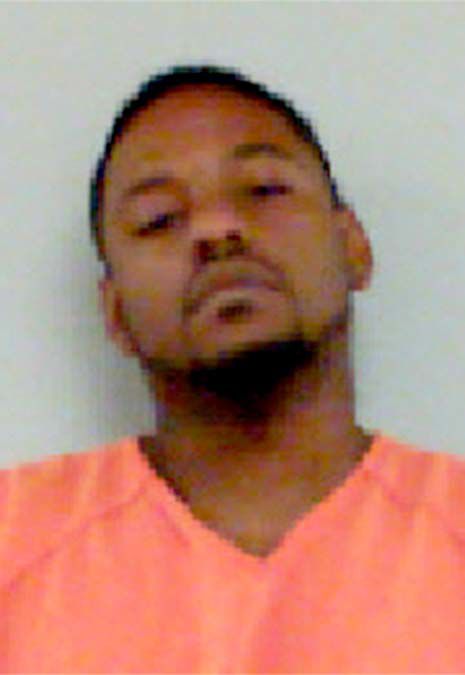 TALLADEGA COUNTY -- A Talladega County jury of nine women and three men deliberated for about three hours Wednesday afternoon before returning guilty verdicts on all charges against Justin Lamar Curry, 27, of Talladega.

Evidence presented at trial showed Curry was armed with a gun during the commission of all counts.

Curry will be sentenced Oct. 16 by Circuit Judge Will Hollingsworth. Curry has been in the Talladega County Jail on a total bond of $450,000 since his arrest the night of the crimes he was just convicted of.

Curry’s co-defendants in these cases are Dontravis Tyrail “Krino Krino” Jamerson, 18, and Wardarius Justice Mobley, 24. Jamerson pleaded guilty last year to the same charges that Curry was convicted of and is serving 120 months in prison for the two assaults and 198 months for the other charges, with all sentences running concurrently.

According to witnesses called by the state, the first three victims in the case were two brothers, ages 15 and 18 at the time, and a family friend, also 18 at the time. “Krino Krino” had allegedly contacted the older of the two brothers about purchasing a gun the brother was trying to sell for a friend. Curry’s cellphone showed evidence of a long conversation between “Krino” and the older brother, including detailed directions.

The three suspects rolled up to the first three victims in a silver Dodge Charger. Mobley was driving and Jamerson was in the back seat; Curry, wearing a trench coat in spite of it being a hot night, was seated on the passenger side of the car, although witnesses did not agree on whether he was in front or in back.

Curry and Jamerson got out of the car and walked with the first three victims down a hill to test fire the gun that was being sold. After Jameerson fired a test shot, the witnesses agreed he turned the gun on the sellers, and Curry took a gun out from under his trench coat. By this time, Mobley had joined the other two and was also armed.

Curry and Jamerson allegedly took the older of the two brothers with them, forcing him to knock on the doors of two neighboring properties occupied by people who would recognize his voice. The fourth victim, one of the neighbors, was robbed of a cellphone, struck in the chest with a gun butt and then tied up with phone cord before they moved on to the next house.

An older couple lived at the second house and was robbed at gunpoint of an old .410 shotgun, a .38 revolver, a wallet and the woman’s purse and contents, including a $100 bill.

The third brother was left in the second house, and all three were told not to move or the robbers would come back.

Meanwhile, the younger brother and the friend were ordered to empty their pockets, which they did, turning over their cellphones. Curry was back at this point and demanded the passwords for the younger brother’s phone. When he said he could not remember his iCloud password, he said Curry shot him in the leg.

The friend looked up and said he made eye contact with Curry, who then shot him through the thigh. All three suspects then fled in their car, according to the testimony.

The younger brother was taken to the emergency room at Brookwood Baptist Health Center/Citizens Baptist Medical Center, while the friend was airlifted to the University of Alabama at Birmingham Hospital. Both men were treated and released for through-and-through gunshot wounds.

The chase then proceeded into the city of Talladega and ended near Knoxville Homes, when the suspects bailed out of the car. A foot chase then ensued involving a deputy and a Talladega police officer that eventually resulted in Curry’s arrest.

Tied to the drawstring of Curry’s pants was a 9 mm gun with a flashlight mounted on it that had been described by at least two of the burglary victims. He was also in possession of a .22 revolver and a .38 revolver and ammunition, among other things.

After being taken into custody, Curry said he thought he had taken too many Xanax and was taken from the jail to the emergency room, where he encountered two of his previous victims, who identified him.

Curry attempted to fire Webb at least twice during the course of the trial after complaining his attorney was not asking the questions he wanted asked. Hollingsworth refused to let him begin representing himself so late in the proceedings. A juror had to be dismissed after the first day of the trial after realizing he might be related to some of the victims. Because he was an alternate, however, the trial was able to proceed without him.

Curry did not testify on his own behalf, and Webb did not call any defense witnesses.