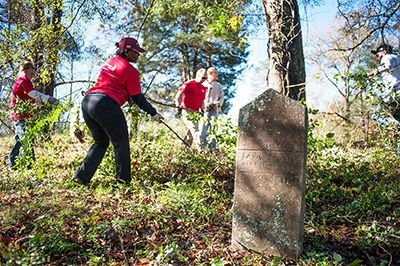 Members of the Eastern Division of the Alabama Power Service Organization, which is made up of current employees, volunteered their time to help with a cleanup day at the McClellan Cemetery in the Knoxville Community in 2015. 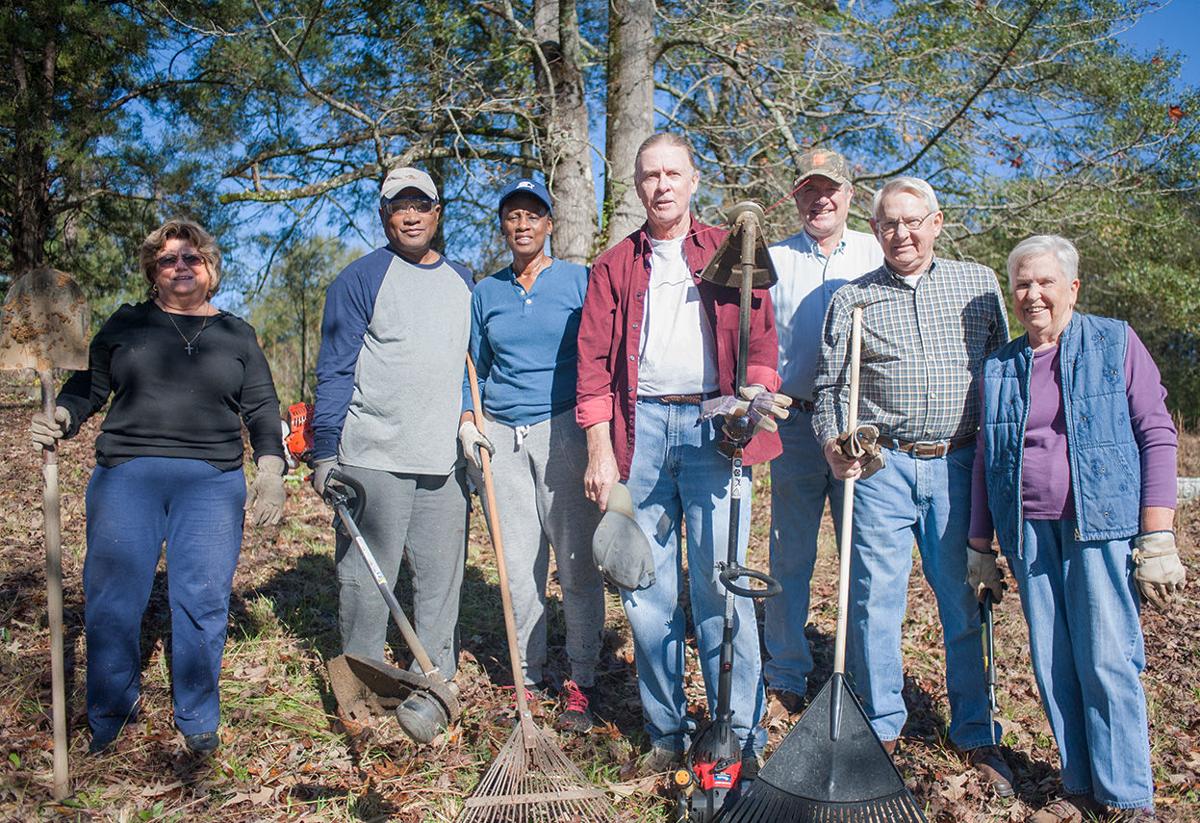 Members of the Eastern Division of the Alabama Power Energizers, which is made up of company retirees, volunteered their time to help with a cleanup day at the McClellan Cemetery in the Knoxville Community on Thursday.

Members of the Eastern Division of the Alabama Power Service Organization, which is made up of current employees, volunteered their time to help with a cleanup day at the McClellan Cemetery in the Knoxville Community in 2015.

Members of the Eastern Division of the Alabama Power Energizers, which is made up of company retirees, volunteered their time to help with a cleanup day at the McClellan Cemetery in the Knoxville Community on Thursday.

The McClellan Cemetery, established just after the turn of the 20th century, occupies more than 5 acres of land in the Knoxville Community in northern Talladega.

Although parts of the cemetery remain accessible from Avenue H, almost all of it had become overgrown, and much of it was completely inaccessible. That is beginning to change.

A group of volunteers made up of current and retired Alabama Power employees and community members has slowly but steadily tried to get the property cleaned and cut. The group returned to the cemetery Thursday for a work day.

“She had a group come out here once before, the Saturday before Father’s Day, but this is my first time,” Morrow said. “We want to keep the effort going. We really appreciate all the people coming out and all the work they’ve done.

“It really does make everything look better. And all these people are volunteers; they’re taking up their own free time. We really do appreciate that.”

“My father, my brother and my grandmother are all here,” she said. “My sister and I usually come out here about once a quarter to clean up our relatives’ graves.

“The last time I was here, I noticed a young mother putting a balloon on a child’s grave. She knew where it was, but I don’t think anybody else could have found it, and that laid on my heart. I thought, someone needs to clean this place up; I can’t do it alone.”

The Energizers and local volunteers have come out to work several times since this summer, “but it’s huge, more than 5 acres,” Martin said. “We didn’t realize how big it was. There are graves everywhere, and big trees, and it’s just too much for the retirees to take on by themselves.

“It’s going to be an ongoing project, but we hope to get more of the community involved, taking pride and maintaining the cemetery in the future.”

Lona Faye Brooks is the president of the Eastern Division of the Energizers. Martin got her involved in the project, she said.

“This is my first time out here, but some of the other volunteers have been out here at least twice before,” Brooks said.

Mike Magouyrk is the president of the Eastern Division of the Alabama Power Service Organization, the equivalent of the Energizers for current employees.

“Carrie asked us to partner with her,” he said. “Right now, we’re trying to get the overgrowth out of the way, to where it can be maintained in the future with lawn mowers and weed eaters.

“Ultimately, we want the people in the community to be able to take over maintenance, but there’s about 20 years of overgrowth through here. It’ll be an ongoing project, maybe quarterly or twice a year.”

According to a release issued by HYPE announcing the cleanup effort, “In the late 1800s, freed African-American families began to buy land and settle Knoxville, a suburb of Talladega.

“At (that) time, Knoxville was largely comprised of sprawling plantations owned by the Knox, Bingham, Hollingsworth and White families. Since the early 1900s, Knoxville has been the site of several locally owned businesses, schools and religious institutions.

“In 1902, McClellan Cemetery … was established and is the final resting place of freed slaves, scores of veterans, religious leaders, educators and families whose descendants still reside in the Knoxville community.”

The headstones in the most immediately accessible portions of the cemetery indicate interment dates stretching from the 1950s to the 1980s, with a few from the 1990s and some from the past decade. There were also a handful of markers that were too worn or covered with moss to be clearly legible.

Several of the headstones also indicated that those interred had served in wartime, from World War I to Vietnam.