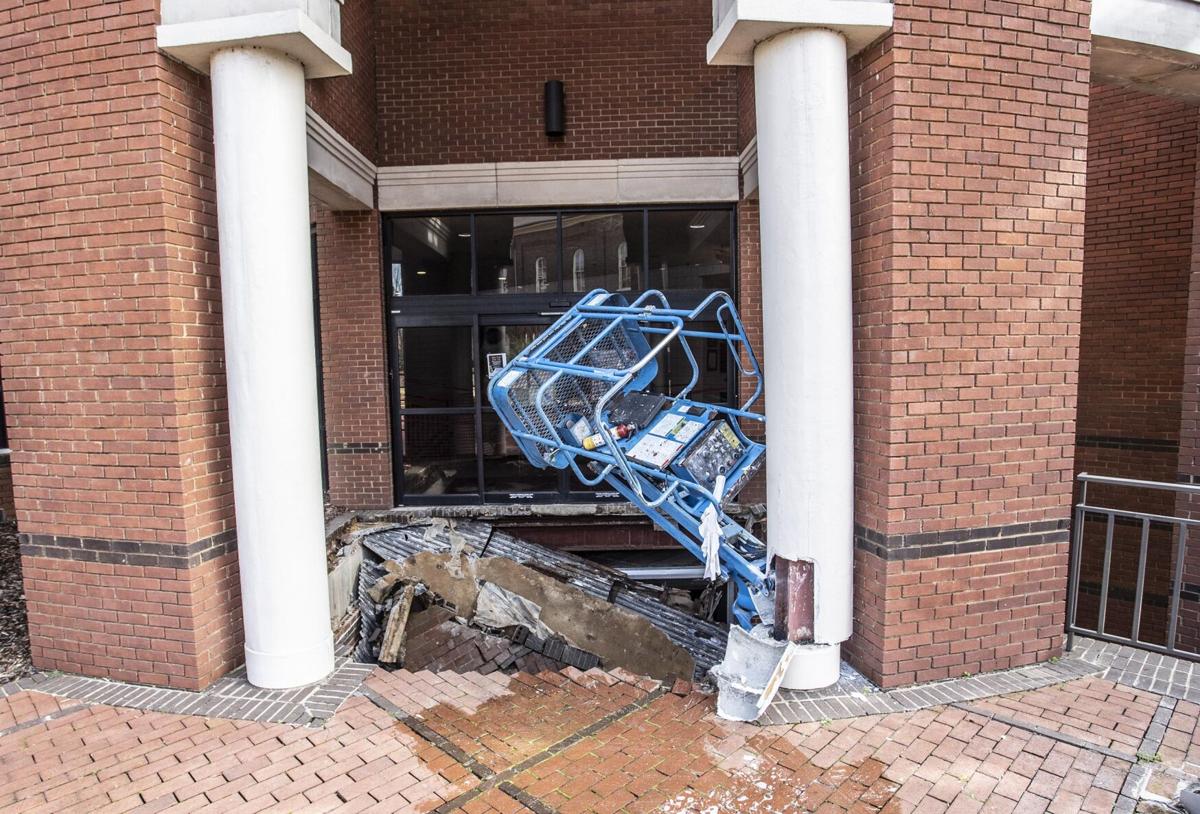 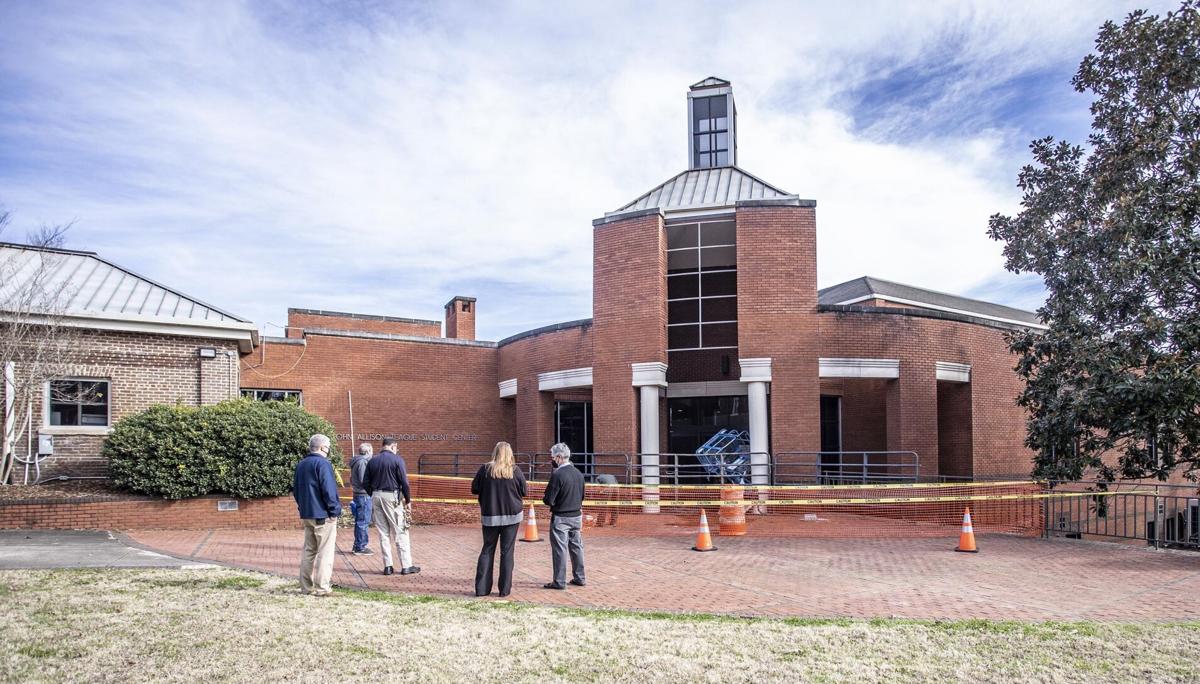 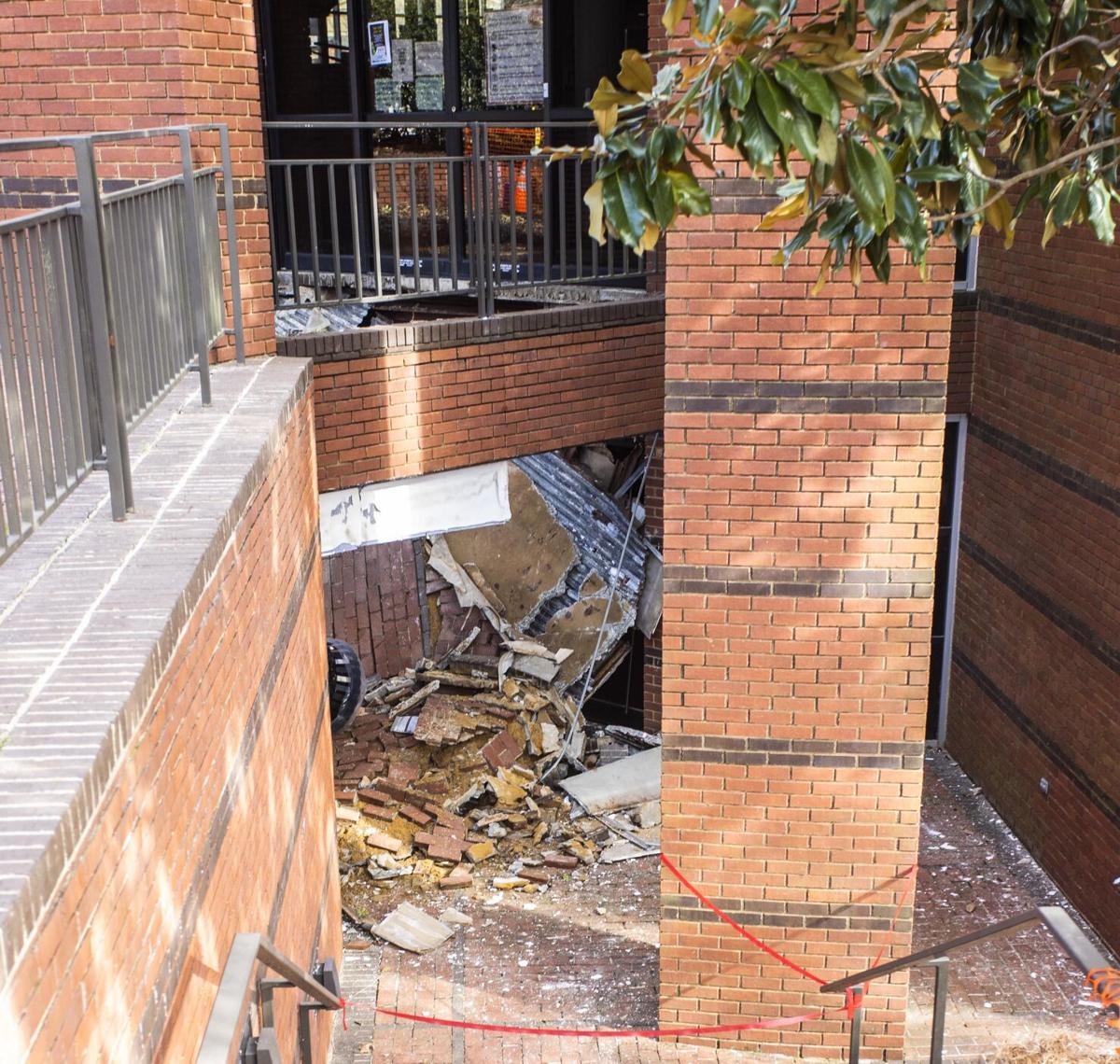 TALLADEGA — Two Alabama Institute for Deaf and Blind employees were injured Wednesday morning when the floor underneath a lift they were using collapsed.

The employees were apparently trying to put in a vent over the covered porch at the gym at about 11:15 a.m. Wednesday. One of the employees was in the basket of the lift and the other was standing beside it when the floor gave way. There were no students in the area at the time.

One of the two employees managed to get out of the collapse on his own, the second was gotten out with the assistance of Talladega Firefighters. Both were transported by NorthStar Ambulance, one to the emergency room at Citizens Baptist Medical Center in Talladega, the other to Regional Medical Center in Anniston. No information on their conditions was available Wednesday afternoon.

“We’re thankful for the work of our first responders, and we know the employees are getting great care,” AIDB President Dr. John Mascia said. “We are praying for a quick and full recovery for them. Thank God no children were hurt and that no one else was hurt. That’s our first concern. The next step is to find out exactly what happened and why, and to make sure the building is safe and secure going forward.”

An architect and general contractor were already on the scene early Wednesday afternoon, and a structural engineer was on the way.”

Access to the building was blocked off and the site was secured immediately after the accident, and no one will be allowed inside until the investigation of the accident is complete and it has been determined to be safe.

In addition to Talladega Fire and Rescue and NorthStar paramedics, Talladega Police, AIDB campus security and the AIDB School resource officer all responded to the incident Wednesday.