Starting at
$7.99 for 30 days
Get Started
View all rates
You are the owner of this article.
Edit Article Add New Article
You have permission to edit this article.
Edit
Home
News
Sports
Opinion
Life
Religion
Special Publications
Slideshows
Classifieds
Obituaries
E-Edition
Contact Us
Weather
Subscribe
1 of 5 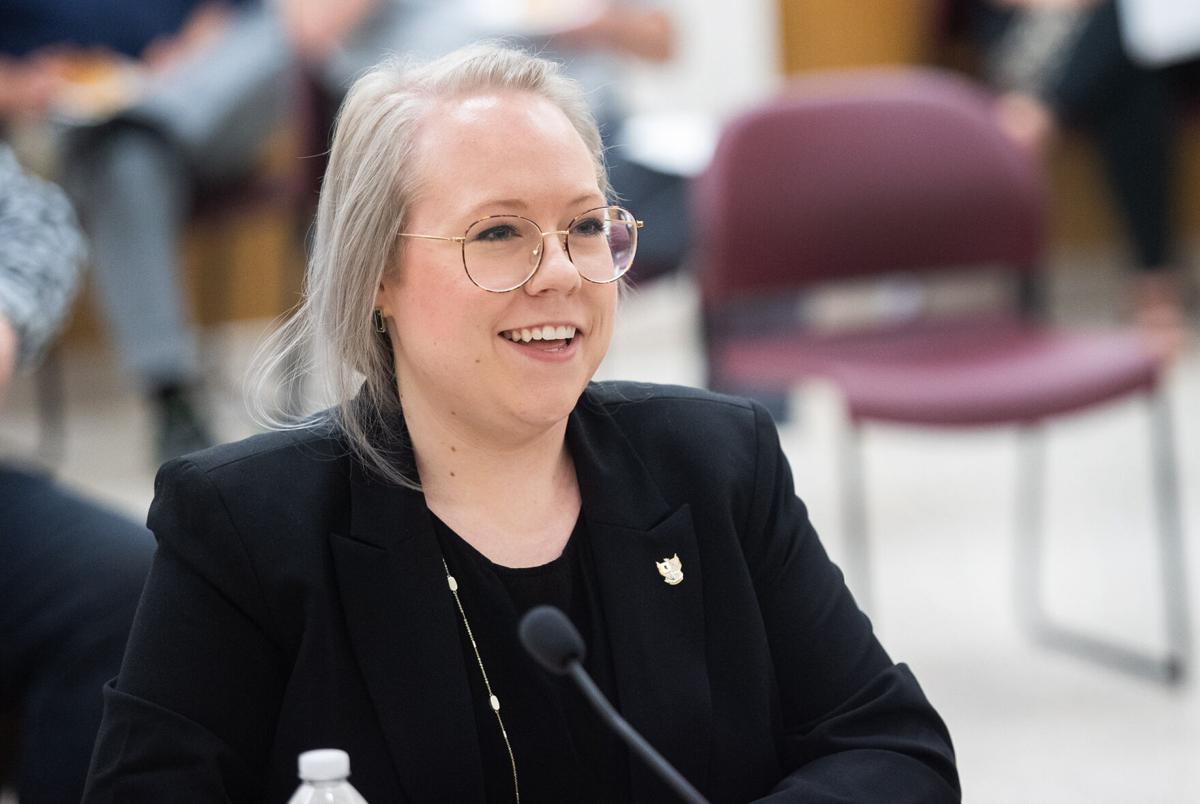 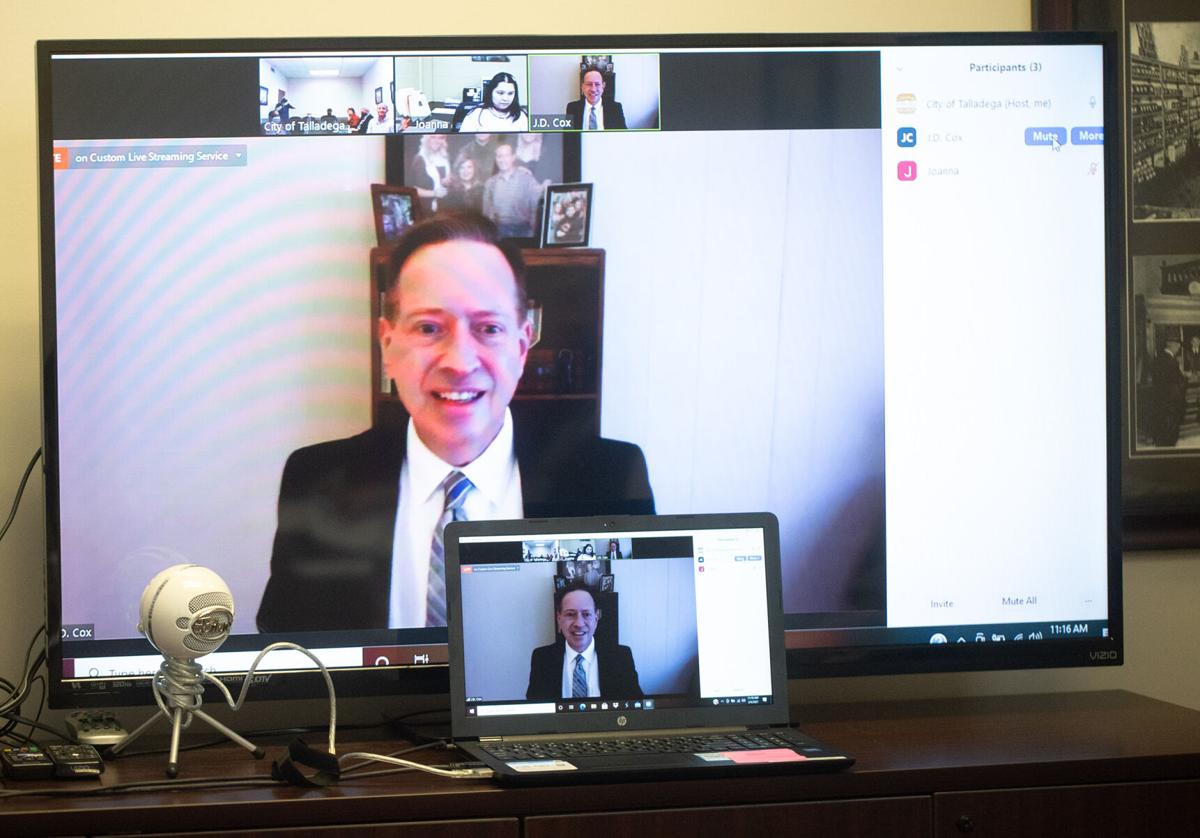 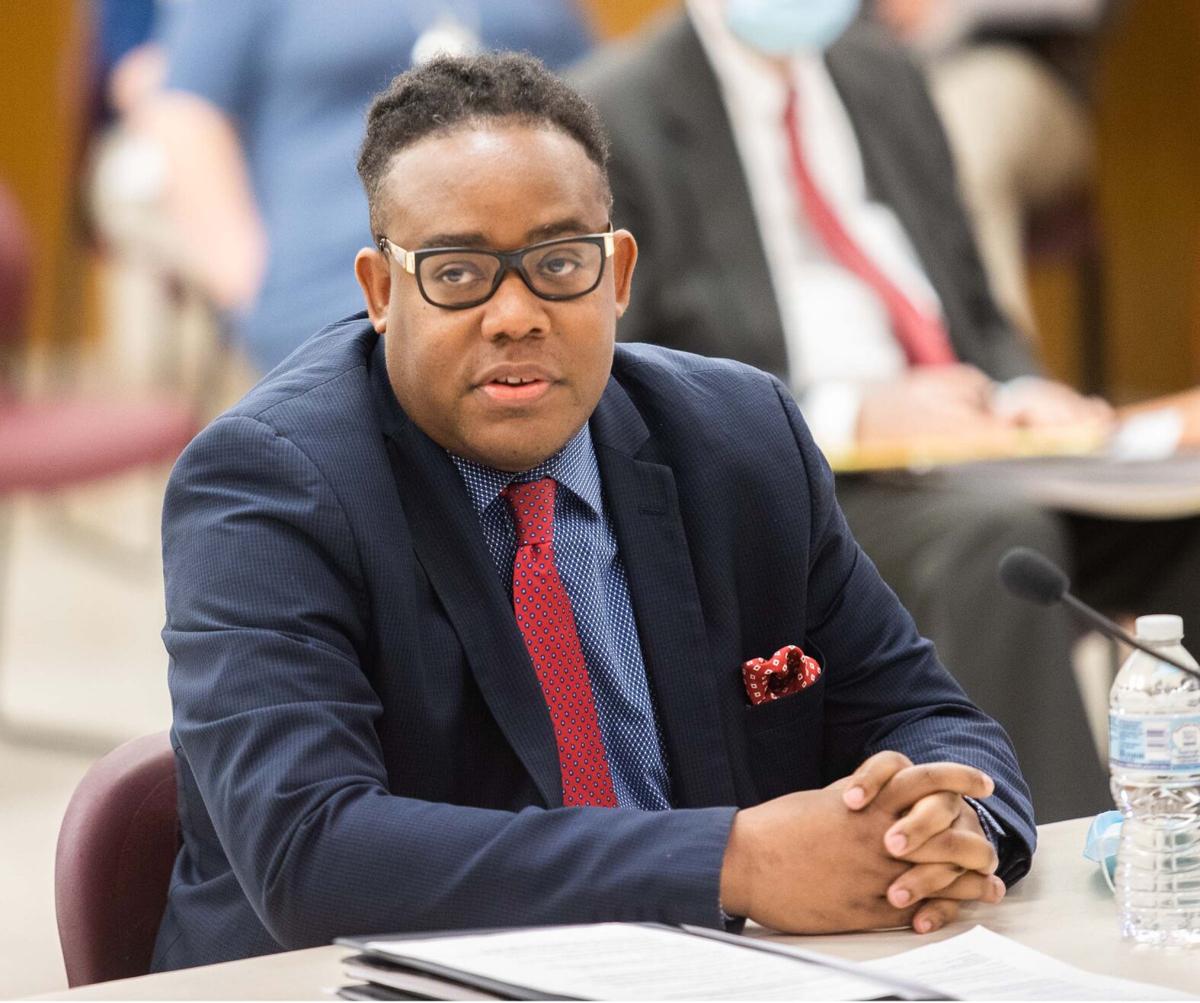 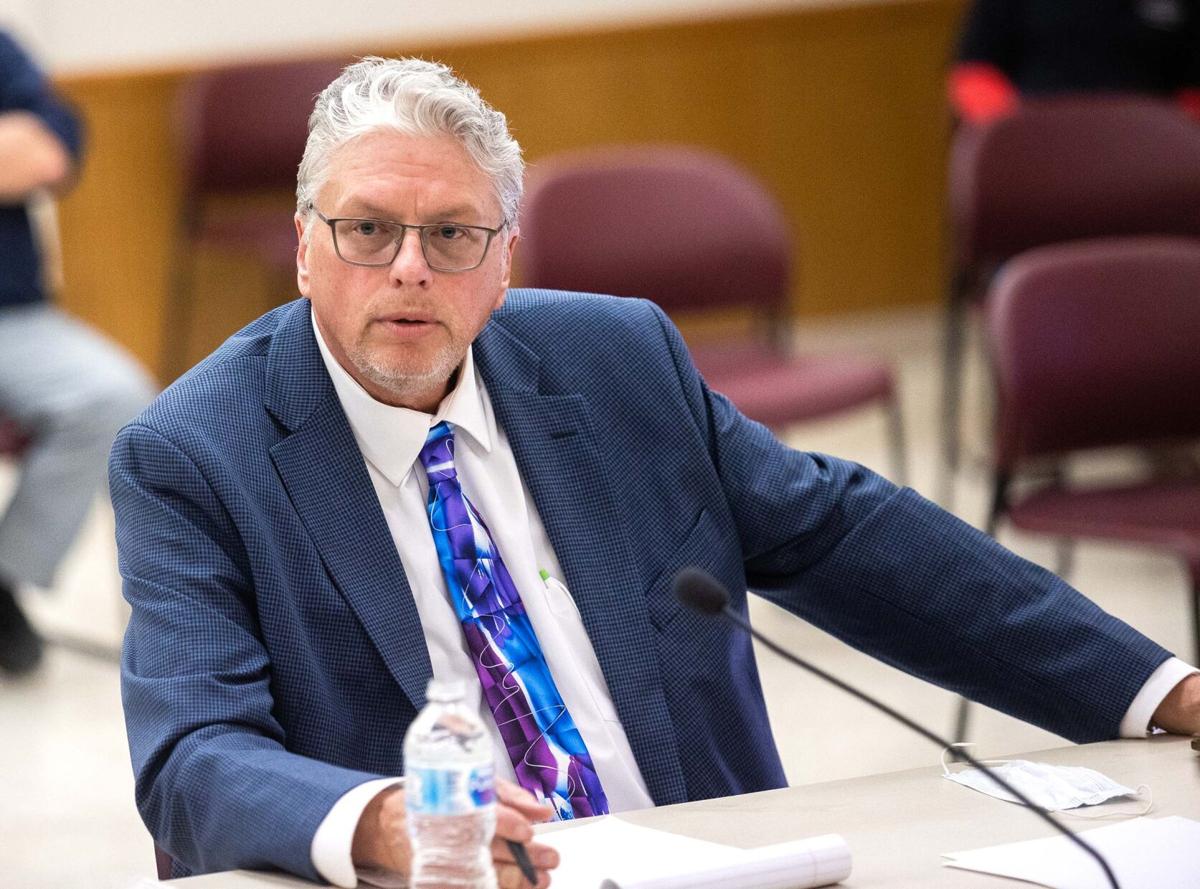 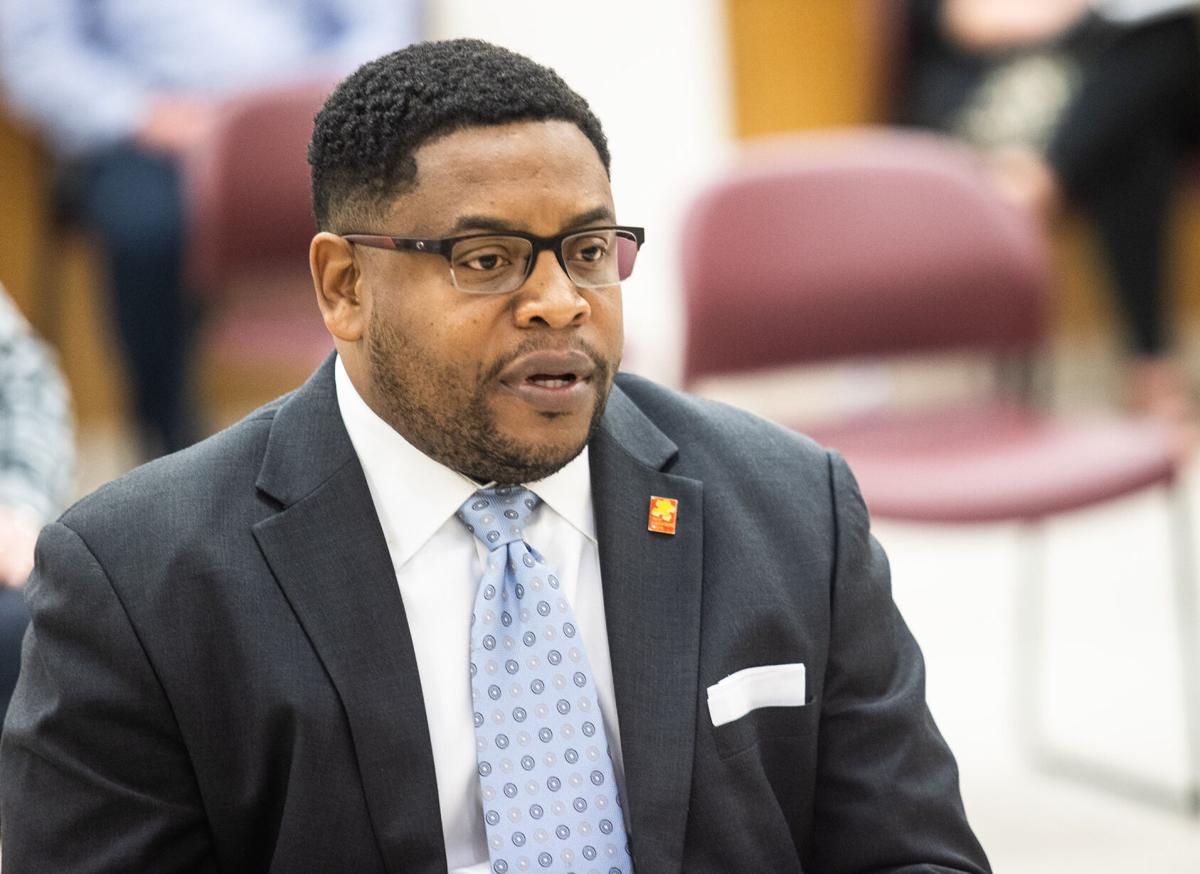 The Talladega City Council dedicated all day Thursday to interviewing the top five candidates for the position of permanent city manager.

According to Council President Trae Williams, 11 people applied for their position, but six were disqualified by the individual council members after studying the applications by email.

No action was taken after Thursday’s interviews, but Williams said that the next step would be for each council member to select their top two candidates, which will be submitted to the city attorney. Williams said he hoped there would be a consensus on the top two, and the council would go on to select from those two.

In addition to Gallahar, Hill also has close connections to Talladega, having graduated from and worked for Talladega College. Although he lives in Georgia, Hill currently works for the Alabama Institute for Deaf and Blind.

Although not from Talladega, Sandlin said he was born and raised in Ashland and spent a great deal of time in Talladega growing up.

Cox and Nagy do not have any direct connection to the area, but do have more experience as city managers.

Each candidate was given an opportunity to introduce themselves and give some basic background to the council, then responded to a series of scripted questions from each council member. There was some overlap among the candidates, with everyone emphasizing the importance of teamwork and emphasizing the need for constant learning of new things while relying on the specific expertise of staff.

All of the interviews were live streamed, and can be viewed in their entirety on the city’s website and Facebook page.

Sandlin was the first candidate interviewed. Most of his professional experience was working with nonprofits, he said, particularly those concerned with providing “safe, clean and sanitary housing.”

One of Sandlin’s crucial experiences, he said, was when he was in 11th grade and selected to go to Washington, D.C. with a group of fellow students from around the world. It was the first time he had flown on an airplane, and it gave him “an opportunity to see beyond my horizons.” He was not allowed to choose his own roommates, so he said his hotel room housed himself, a black male, along with white, Russian and Chinese students.

“It taught me a lot about patience, empathy and adapting to different cultures,” he said.

Gallahar was up next, saying that she had grown up in Talladega and attended Central Alabama Community College’s Talladega campus before going to Auburn, where she earned a degree in public administration.

"I took one public administration class at first, and fell in love with it,” she said. “I told my parents I was planning to come home and make a difference in my hometown.”

Back in Talladega, she worked with Extreme Builders, the family business, and then at Main Street Urgent Care before being hired by the late Beth Cheeks at city hall. She earned her master’s degree while helping to market the city and handling Christmas on the Square 2020. She was named interim manager when Cheeks died suddenly in November.

“I love this town, and I want to see it succeed,” she said.

She added that her strengths were being “a glass half full kind of person, one who can always find a silver lining, and I feel like I’m a good communicator. In terms of weaknesses, she said she would describe herself as “an outgoing introvert.”

Cox was the only candidate who was not interviewed in person Thursday, instead appearing via Zoom.

He has 14 years in private sector experience and 16 years as a manager in four cities and a county. He was city manager of Lockwood, Fla., when he had to undergo a heart transplant in 2019. He had taken a position with a county in Kansas, but had not seen eye to eye, especially over public masking and COVID-19 protocols. He himself was immune suppressed from his transplant so was accustomed to being masked, but apparently this was an issue in the county that hired him.

His management style involved “lots of teamwork, and lots of feedback, with conflict handled appropriately. You need to beat up on ideas, not people. He had had much success adopting a “Service Excellence Methodology” in Alliance, Neb.

Hill said he was born and raised in Fort Lauderdale; he was nominated by his church as an “at risk” youth, and was sent on a seven state college tour as a teenager. His mother had taken him to see the movie “Amistad,” and as a result, the Amistad Murals at Talladega College particularly resonated with him. He ended up going to school there and being the first member of his family to graduate from college. He later earned a masters at JSU and had just taken the LSAT when he found out he was going to be a father.

He said he worked as an intern in the Talladega Public Works Department under James Swinford and was briefly hired there full time, but lost his job due to budget cuts shortly thereafter. He has attended New York University and worked toward a doctorate at Hampton College, but came back to Talladega and worked his way up the ladder. After leaving and came back, he was hired by the college as a vice president at the age of 34.

He is currently working as the executive director of the AIDB Foundation.

He told the council that employees in his current workplace would describe the culture there as “fun and innovate, but with the understanding that those things don’t trump wisdom. We’re all friends, but my world is the results we get.”

Nagy, the last candidate interviewed, has served as a city manager in four different states, and most recently worked as the director of permitting for the city of Atlanta.

His past and current positions had required him to “wear many hats. When I was city manager in Michigan, we were right across the Canadian border, so I even did some work in international relations. There are always a lot of different things to juggle while not dropping anything. … You have to weed out what’s important and what can wait.”

He also emphasized that he had worked with and empathize with people from all walks of life, from factory workers and union reps to attorneys, auditors and accountants.