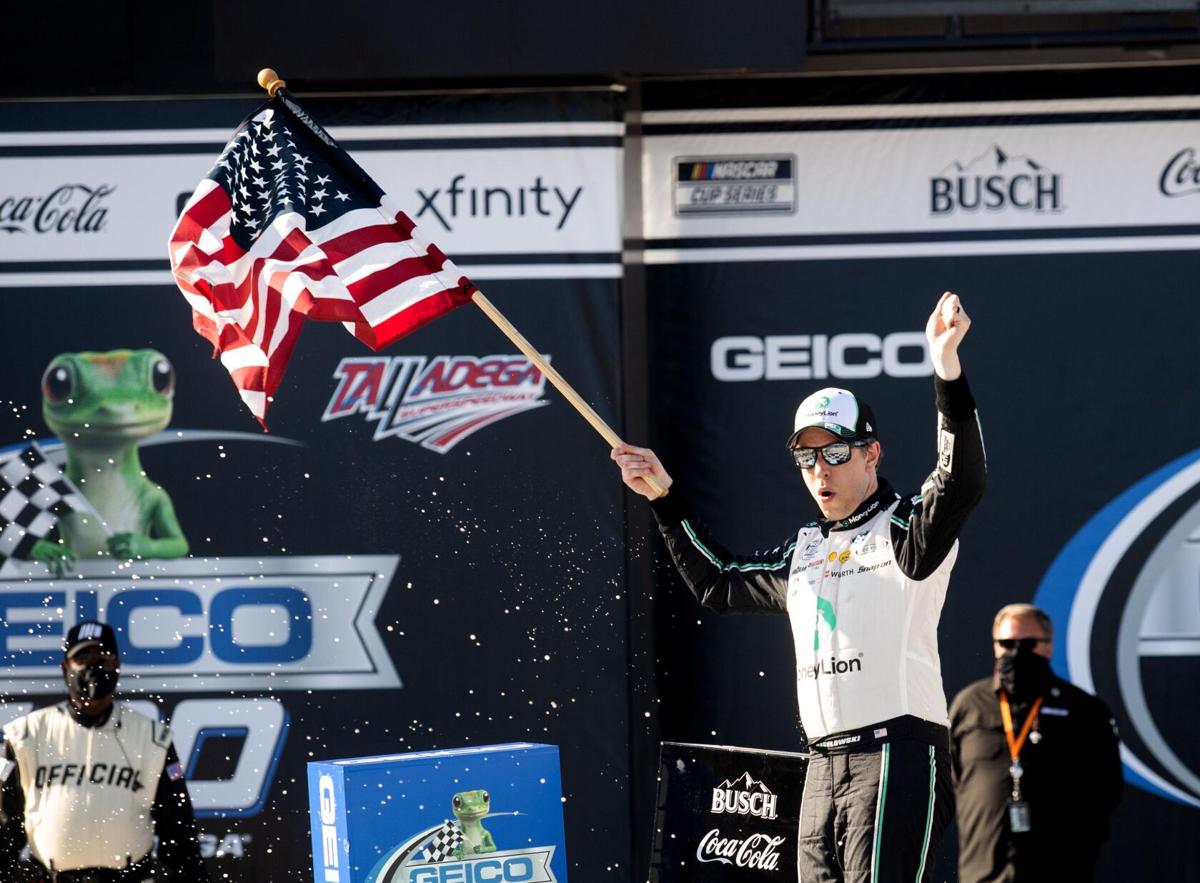 Brad Keselowski (2) takes the lead on the last lap.

TALLADEGA — Brad Keselowski roared to a win in overtime Sunday afternoon at the GEICO 500.

It's Keselowski's sixth win at the Talladega Superspeedway, but more importantly, it's his first of the season.

Keselowski led only one lap — the last one.

"I've been in a four-year drought," Keselowski said. "I wondered if I would get No. 6. It means so much to tie Dale Earnhardt Jr. and Jeff Gordon (in Talladega wins)."

Keselowski now has a shot at the record holder, Dale Earnhardt Sr., who has 10 wins at Talladega.

"Dale's record is so far out there," Keselowski said. "Yeah, I have a shot, but it's a distant shot."

No stopping @keselowski today! The No. 2 car is going back to Victory Lane at @TALLADEGA! pic.twitter.com/LlyRDphhNZ

With four laps from the finish, the caution was thrown because of debris left on the track when Martin Truex Jr. lost a tire.

That brought on a two-lap overtime. Matt DiBenedetto led the bottom line of cars, but with a lap to go, he moved to the top line in an attempt to hold the lead.

Brad Keselowski (2) takes the lead on the last lap.

When DiBenedetto moved to the top, it opened a window for Keselowski, who was right behind.

When asked what he thought when the bottom line opened like that, Keselowski said, "Merry Christmas."