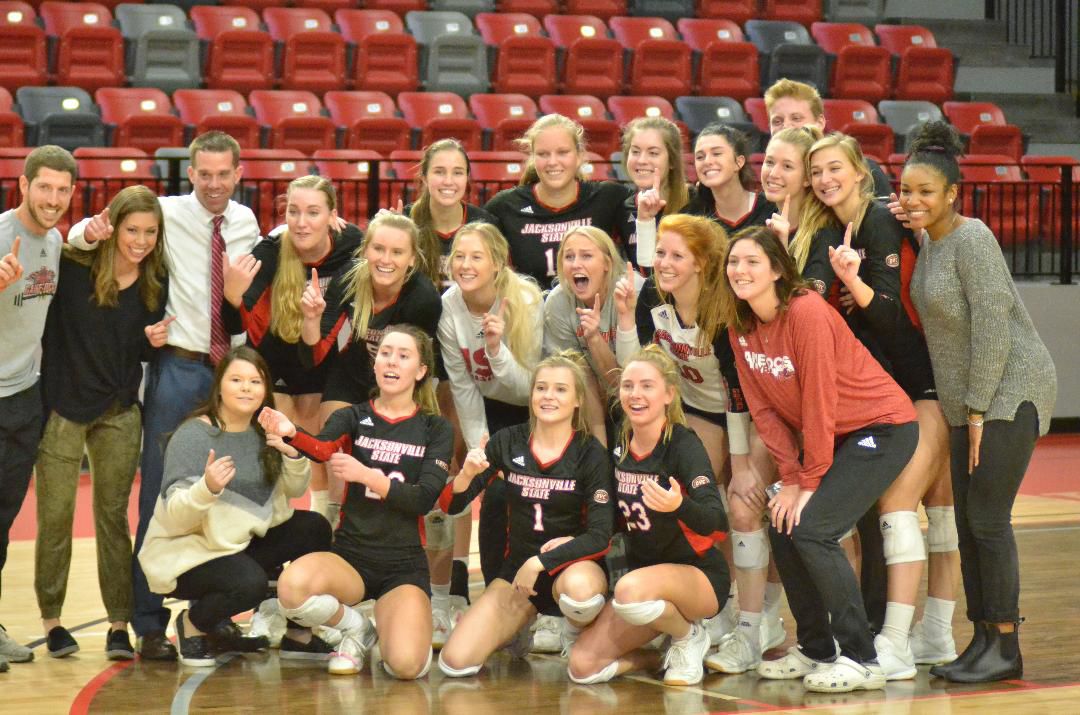 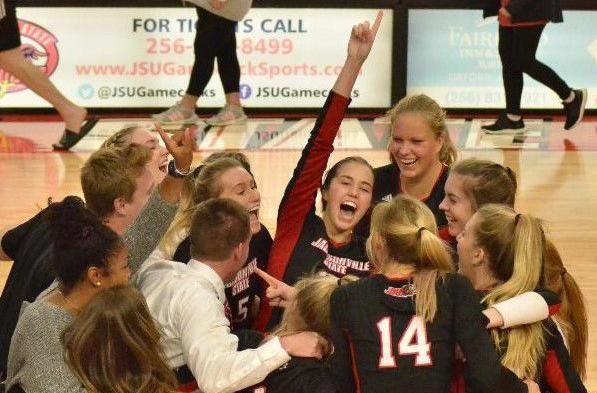 JSU will host the OVC tournament at Pete Mathews Coliseum, beginning Thursday. JSU's opening round opponent will be determined later.

The tournament semifinals will be played on Friday, with the championship match set for Saturday evening.

On Saturday, Jacksonville State (19-9, 13-3 OVC) saw its three offensive seniors lead the way in kills with Kaylee Frear and Shayla Schmidt both putting down team-high 14 kills, just ahead of Sadie Anderson with 11. It was a career-best effort for Schmidt, while fellow senior Maddie Cloutier also matched her career best with 10 digs along the back row.

Freshman Erin Carmichael upped a team-high 20 attacks, while Anderson added 12 digs in her first double-double of the year. JSU out-blocked TSU 8-3 as a team behind four from Frear and three by Schmidt, Anderson and Lexie Libs. Libs finished the day with 46 assists.

In front of an energetic crowd at The Pete, the Gamecocks raced out to an 8-2 advantage in the first set but the Lady Tigers failed to shy away of match long. A 4-0 run for TSU Midway through the frame evened the score at 18-18, but Jax State responded with a 4-0 run of its own with kills from Schmidt and Lena Kindermann to build its lead back and take the set 25-20.

Trying to grab a 2-0 match advantage, the Gamecocks fell behind early in the second and could never overcome TSU in a tight second set that saw the Lady Tigers prevail 25-19 to even the match heading into intermission.

The Gamecocks turned up the pressure after returning to the floor to put away the visiting Lady Tigers with consecutive 25-18 decisions in the final two sets to earn the match and the championship.