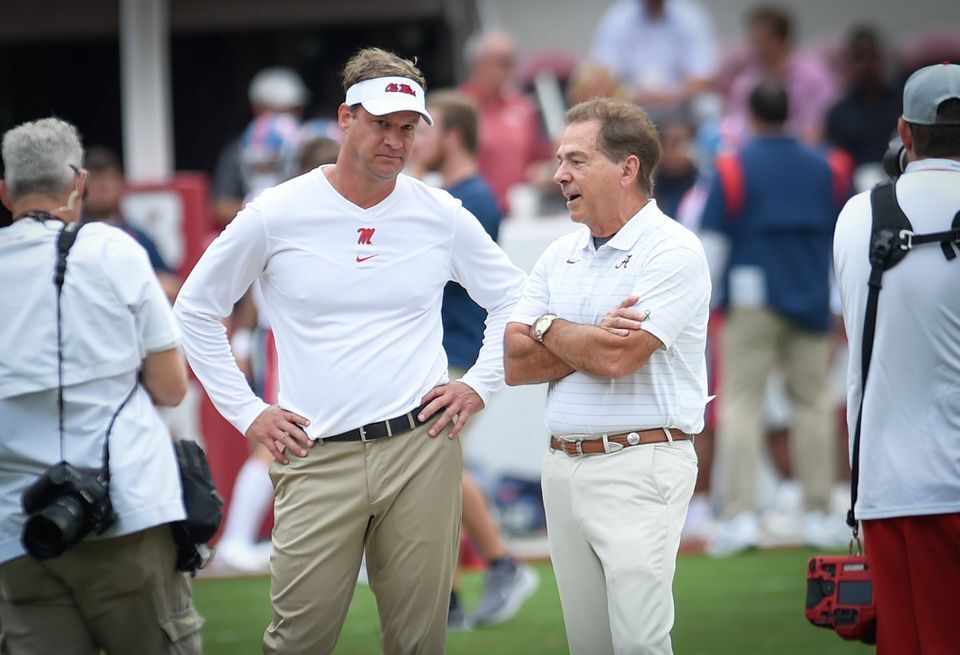 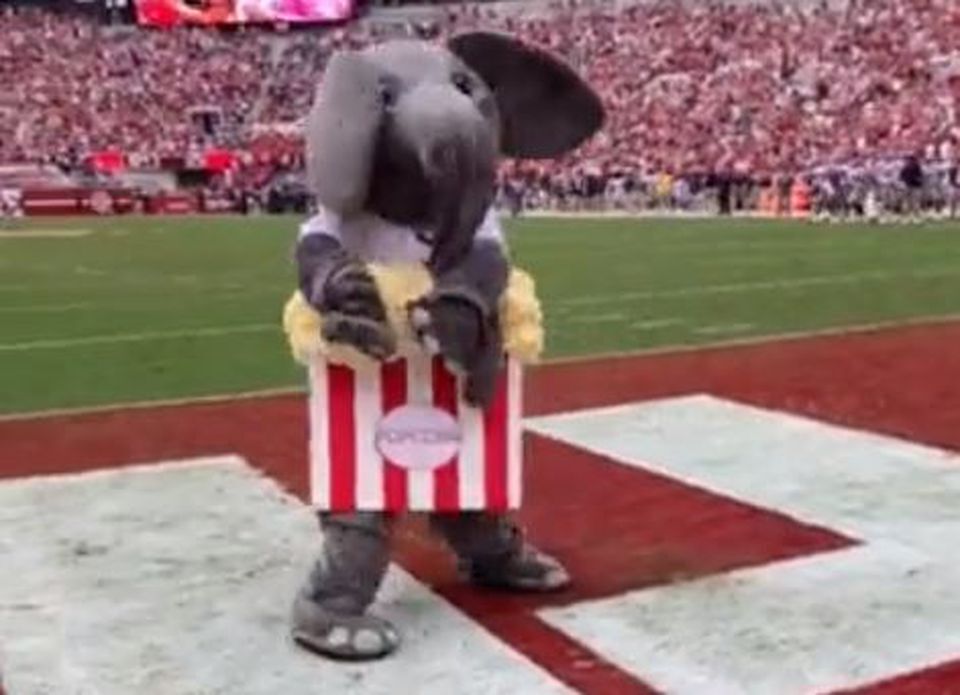 Anybody got any good burnt popcorn jokes? Maybe a popcorn suit?

Kiffin, the former Alabama assistant coach who's now the Ole Miss head coach, has caught plenty of flak for not bowing down and worshipping at the statue of Nick Saban on Saturday. Kiffin entered the game with enough confidence that it bordered on arrogance.

He ended a pregame CBS interview by saying "Get the popcorn ready," then ripping off the headphones, tossing them down and running off while the network's reporter was trying to sputter out one more question.

No sense sticking around — it was time for a show.

It was a show all right.

Kiffin went for it on fourth down on three of his first four series, got stuffed all three times and watched Alabama rocket to a 35-0 lead. The Crimson Tide wound up winning 42-21, with the Rebels' three touchdowns coming long after this one was decided.

Kiffin did plenty as Saban's offensive coordinator in 2014-16, but that doesn't mean he has any more of a clue on how to beat the man than anybody else.

Even so, here's the thing: Why in the world should Kiffin have played it safe?

Sure, he's playing the No. 1 team in the country on its own field, but does that mean he can say only nice things, make all the safe calls and prepare himself to smile good-naturedly afterward? He got pounded either way, so what difference did it make if he tried to win the dang thing?

Afterward, Kiffin insisted that he wasn't gambling on fourth down, and if he was, it wasn't because he was facing Alabama in its own stadium.

All three failed, but he said he was merely "following the book."

He said it's easy to make those fourth-down calls when you're playing a lesser opponent.

"A lot of people don't do it (against Alabama) because it's like scared money," he said. "At the black jack table, you've got $5, it's easy. Put a couple thousand out there, and now you get scared."

On social media Sunday, he vaguely referred to those moments again: "We coach to win games and believe in our players here that won’t change no matter who we play!!!"

Even if it had been a gamble instead of going by the book, why not? As Kiffin pointed out Saturday, if he had chosen to punt, Alabama still would've scored — it just would've taken a little longer. The Tide drove for five touchdowns on five of six possessions.

Nearly everyone plays a bit scared against Alabama, especially if the game goes poorly at the start. Sure, they might gather themselves and make a late charge, as Florida did earlier this year.

Sometimes, they don't come out scared at all. Clemson didn't play scared against Alabama. Georgia didn't. Auburn never does.

Alabama beats those teams, too, but how far will playing scared get you?

Nothing wrong with that.

It's clear that he appreciates his time under Saban, even if it ended one game earlier than it should have in 2016. I'll always believe that if the two had been able to co-exist for one more week, Saban would have eight national titles now instead of seven.

Kiffin likely appreciates Saban's honesty. In an especially telling interview this week, Saban said he likes for his assistant coaches to work together, but that Kiffin liked to do things his own way. He figured Kiffin would make a better head coach than an assistant because you can do that when you're in charge. Not so much as an assistant.

Will Kiffin ever beat Saban?

Here's betting he won't, but don't take that as a slap at Kiffin — I'm merely following the book, and the analytics aren't in his favor.