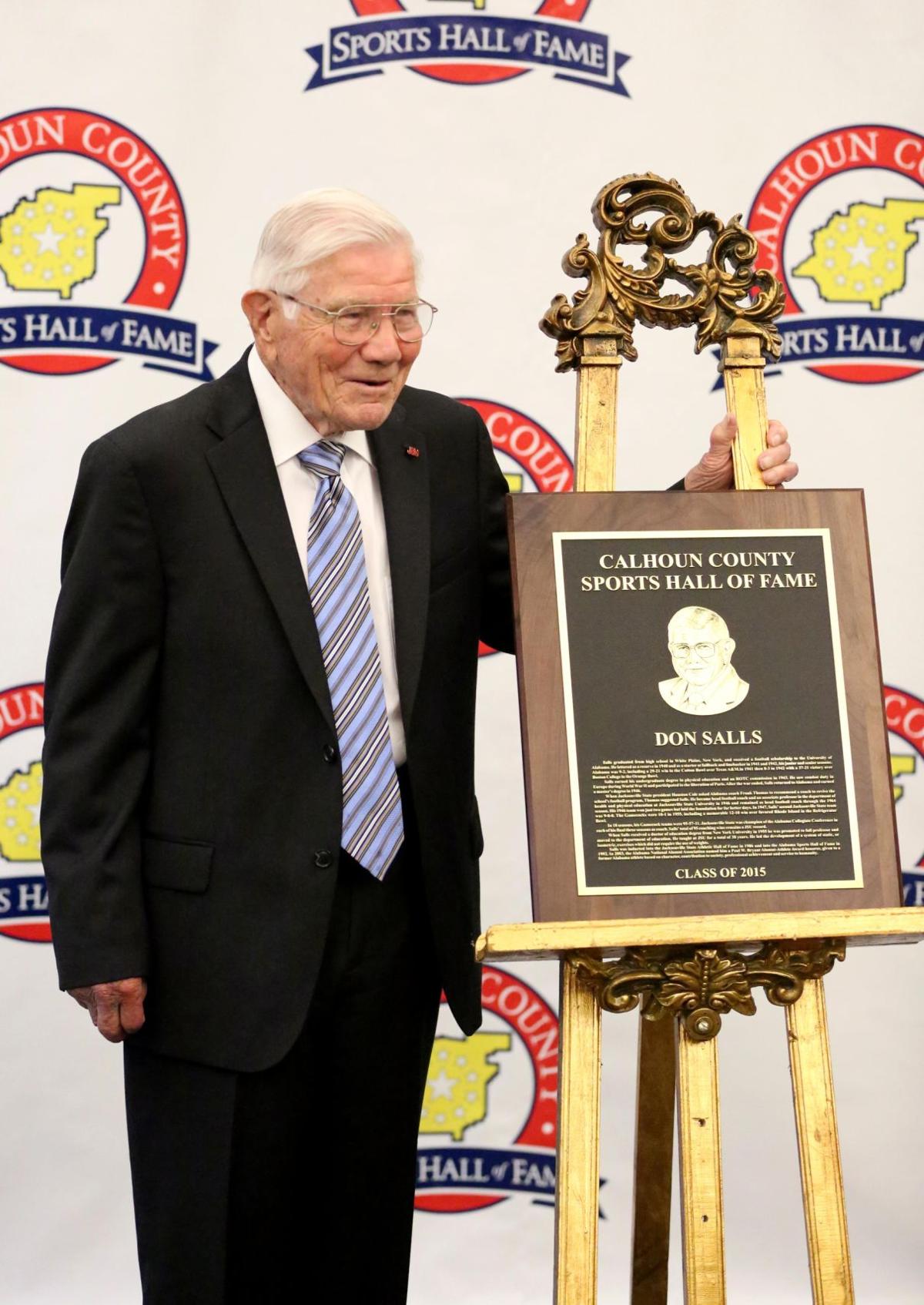 Don Salls poses with his plaque during the Calhoun County Sports Hall of Fame induction at the Oxford Civic Center on Saturday, June 20, 2015. Kirsten Fiscus / The Anniston Star

"We are saddened to learn of the passing of Coach Don Salls," JSU athletics director Greg Seitz was quoted as saying in a news release. "He built a winning football tradition at Jacksonville State right after he earned a Purple Heart serving our country in World War II. We are still reaping the benefits and successes of the foundation and culture that he established for our football program almost 75 years ago. Our thoughts and prayers are with his wife, Diane, his children and the rest of his family."

Salls was a former Alabama football player and was a fullback on the 1941 team that won the Cotton Bowl. He was the Crimson Tide's oldest living football player.

He was born June 24, 1919, in Trenton, N.J. He served in the military during World War II and received the Purple Heart. He attained the rank of captain.

After becoming head coach at JSU, his 1947 team went 9-0-0 and led the nation in rushing defense. JSU allowed only 494 rushing yards to set a school record, which still stands.

His 1955 team was 10-1-0 and won the Refrigerator Bowl in Evansville, Ind. JSU also won the Paper Bowl in Pensacola, Fla., twice.