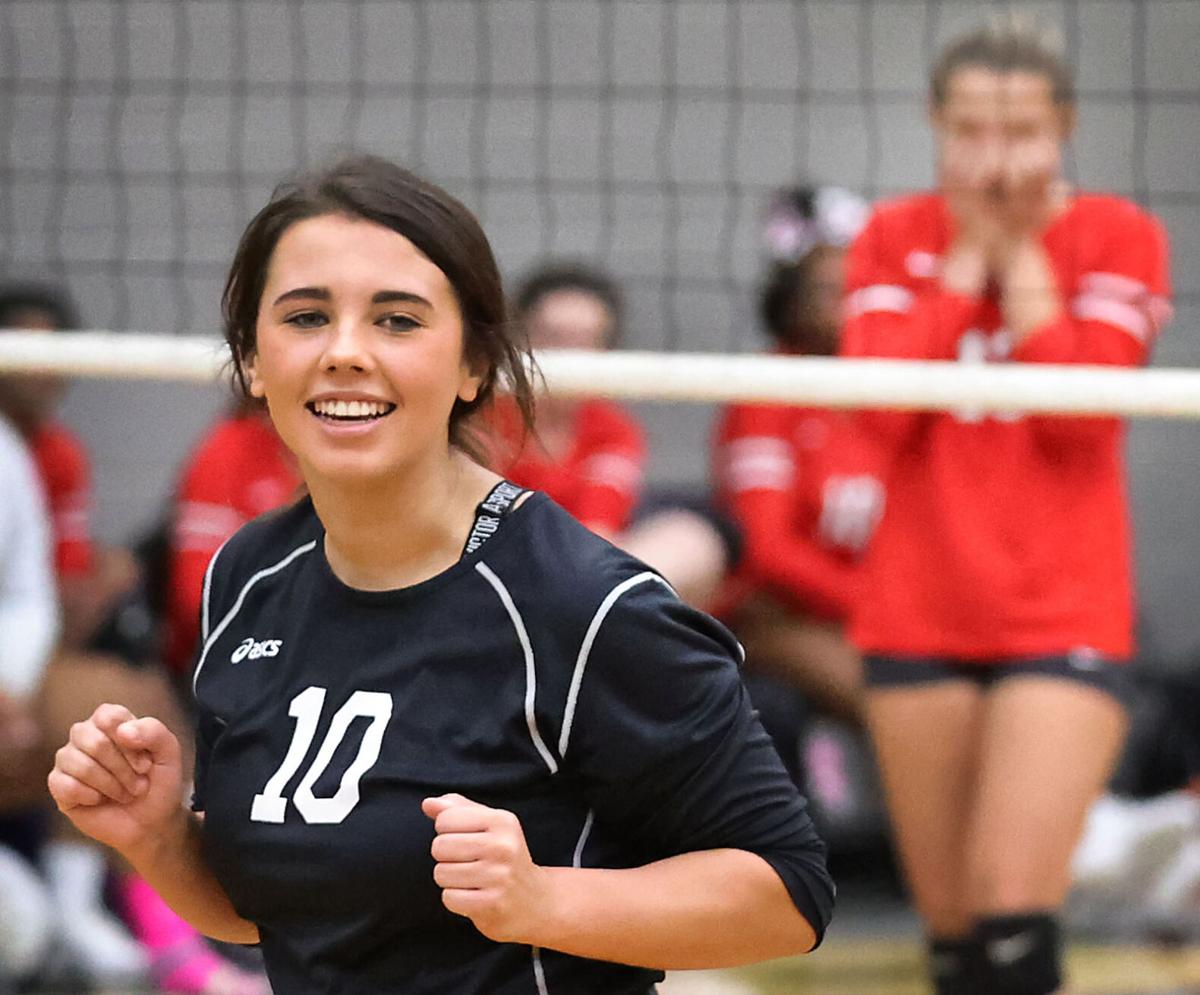 Wellborn's Gracie Lewis celebrates a point as Saks' Stormy Nolen covers her face in the background during the Wellborn vs Saks AHSAA Volleyball match. / Photo by Stephen Gross/The Anniston Star 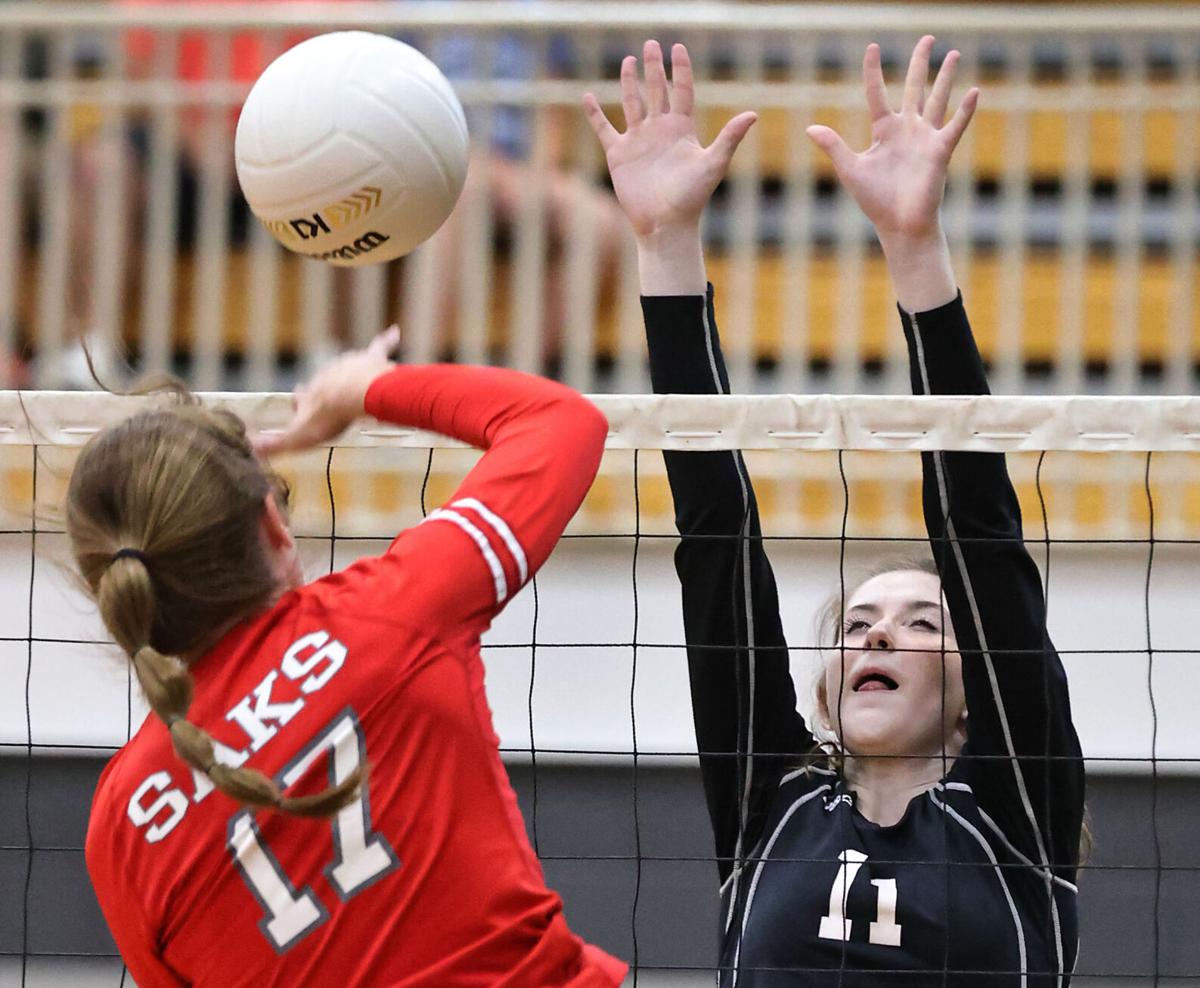 The veteran Wellborn volleyball coach has another championship trophy to hang.

Wellborn and Saks will play opponents to be determined in Huntsville on Wednesday at 12:45 p.m. Area 9 crosses with Area 13, which includes top seed Susan Moore, No. 2 Holly Pond, No. 3 Brindlee Mountain and No. 4 J.B. Pennington.

The Area 13 tournament is Thursday at Susan Moore.

Wellborn clinched its second area title in a row, and Vinson isn’t sure how many times in a row the Panthers have advanced out of area.

“There’s one on the wall from ‘14 all the way through ‘21 now. There was one where we were second, and they didn’t present one.”

Then she decided she didn’t like runner-up plaques so much, so she took the plaques down and put them in a cabinet.

“Then later on, I was like, but still, people worked for them, and it’s still an accomplishment,” Vinson said. “But our goal is not just to get there. It’s to win your area.

“It’s two years in a row, so hopefully, we’re on the right track.”

Wellborn found the right tracks against Saks on Tuesday, surging when 6-foot-5 hitter Tamryn Pierce rotated to the back line and taking advantage when Saks’ outside back-line players edged forward.

“We were pushing back corners because they were open back there,” said Wellborn middle hitter Heather Downs, who finished with six kills and three aces and made the all-tournament team.

Joining Downs and Crumb on the all-tournament team were Wellborn’s Gracie Lewis and Samaura Thomas. Pierce and setter Stormy Nolen made it from Saks, along with Childersburg’s Tamia Hancock.

Brianna Wyatt had 10 digs, and Lewis turned in 45 assists.

Pierce led the way for Saks with 21 kills and five blocks over two matches Tuesday, and Nolen had 37 assists. Kayleigh Thomas turned in seven kills and five aces.

“I think we could’ve played better,” Pierce said. “We’re playing with the instinct to keep the ball off the ground and just keep our spirit up.”

The big victory for the Wildcats was advancing past area.