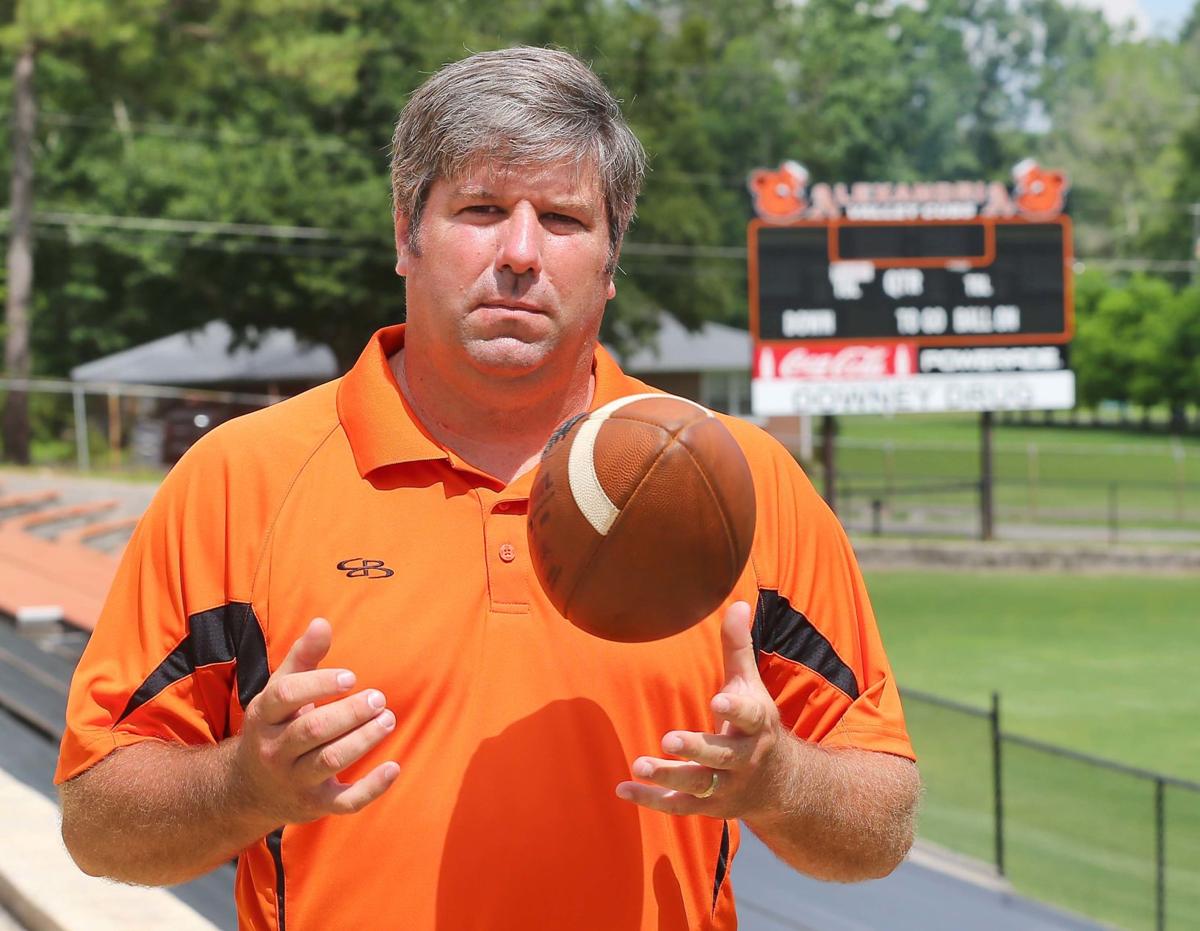 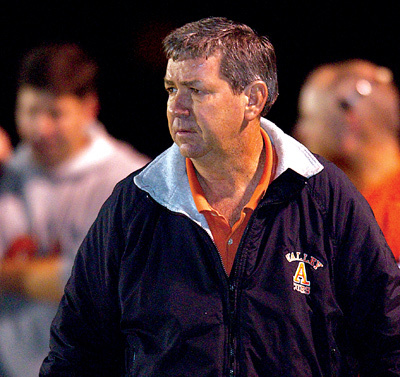 ALEXANDRIA — Todd Ginn knows all too well what his last name means in Alexandria. At 24 minutes, 50 seconds and enough Larry Ginnisms into a 31-minute interview, the son of a hall-of-fame coach feels the need to explain.

Todd wants the Valley Cub fan base to know he gets it. It’s a thing, but he’s not name dropping for name dropping’s sake.

“I keep bringing up dad, but I can’t talk about anything we do without bringing it up,” said Todd, about a month and a half into his stint at his late father’s old job as Alexandria High School’s head football coach. “That’s who I learned from.”

Larry Ginn, who died in 2009, coached Alexandria football from 1986-2006, winning a pair of state titles, finishing runner-up once and reaching the state semifinals five times.

Hired May 10, son Todd Ginn has begun putting all he has learned to work. He watched his new team in action during their spring jamboree against Ohatchee at Jacksonville State. He launched them into summer workouts, with June strength building giving way to July conditioning and leaning up.

On a scale of normal to Junction Boys, he measures the difficulty of his summer program by, well, Todd Ginn.

“I told them, I ran enough when I was in high school and college that I don’t have to run anymore,” the 40-year-old Ginn said, with a chuckle. “I told them, I stayed in shape for a long time, but I’m not asking them to do anything that I ain’t been asked to do in the past, myself.”

Todd, also a former Alexandria quarterback, will err on the defensive side. He believes winning starts with defense.

He said Alexandria’s base defense will change, and he’ll add wrinkles most weeks. That’s another thing he learned from his dad.

“As I got to become a junior and senior, I knew, if we didn’t change something in our defense that week, we were about to whup those folks,” Todd said. “It wasn’t even going to be a game.”

As for the first Alexandria team under the new staff, Todd expects to use of two-way players. Though the Valley Cubs bumped up to 5A when the Alabama High School Athletic Association added 7A, the school’s enrollment numbers remain comparable to those from its 4A days.

He pulls no punches. The Valley Cubs will miss departed running back Keenan Woodruff’s breakaway speed. Todd plans to rely on a veteran offensive line to lead the way as his first Alexandria team grinds and slow-drives opponents.

“We just don’t have that breakaway guy,” he said. “Some people, if they read this, they might get offended by it, but work harder.”

He hints a little more passing to punish defenses that stack the box. Long term, he wants to look into the seventh and eighth grades, identify and develop Alexandria’s next quarterbacks.

“It doesn’t have to always be the best athlete,” he said. “I was brought up at a time when that quarterback, everybody revolves around that key component here. That’s just the way it’s been here for so long, and we’re going to have to develop that with a couple of younger kids coming up.”

At all levels, Alexandria’s players will get to know a Hudl-holic coach. His dad was known for film study, and today’s technology makes it possible to gobble up more film in the same time.

Todd hopes to communicate more than knowledge of the opponent through his film work.

“It’s going to be really high expectations,” he said. “I was brought up, I do it without cussing. I do it without all of that kind of stuff. I just go out and expect a lot of them, which means they’re going to have to go out and work their butt off.

“I’m going to work mine, so I expect them to work theirs.”

His overarching message hasn’t changed from his years coaching basketball at Gadsden State. It’s a message he, his brothers and former Alexandria teammates heard often while playing under Larry Ginn.

People pay money to watch games, so no dream teams. No superstars. Give them what they paid for in discipline and effort.