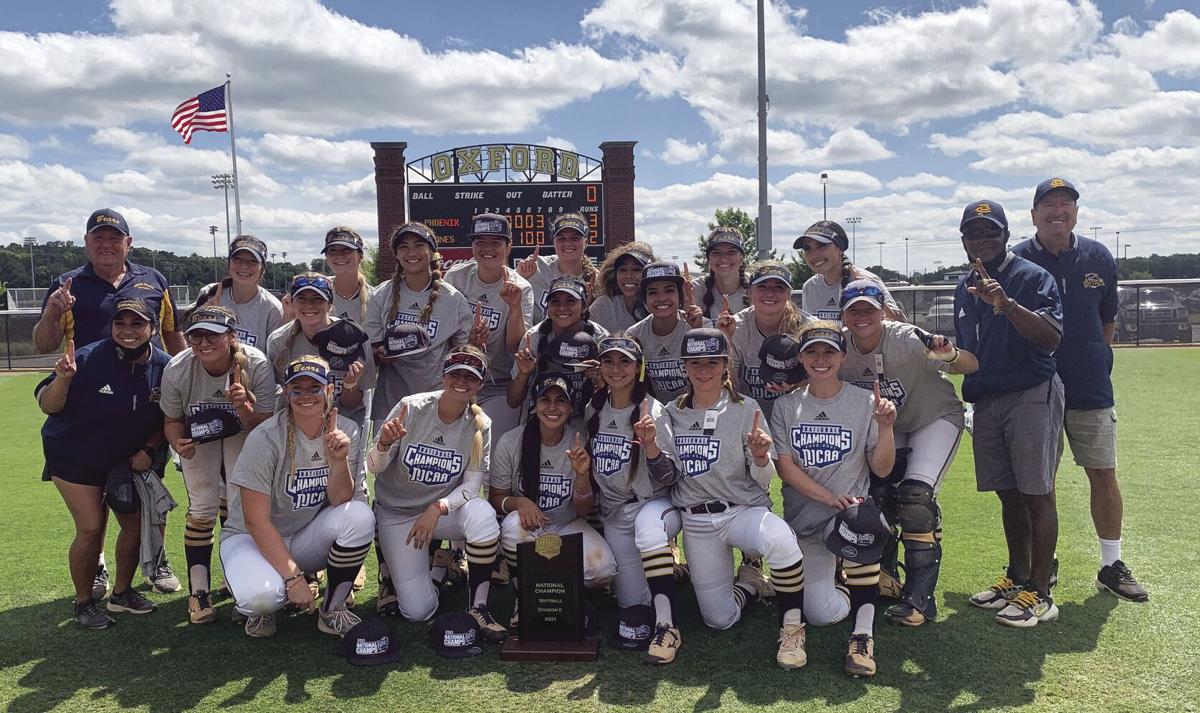 Phoenix College players and coaches show off their national championship in front of the scoreboard at Choccolocco Park. 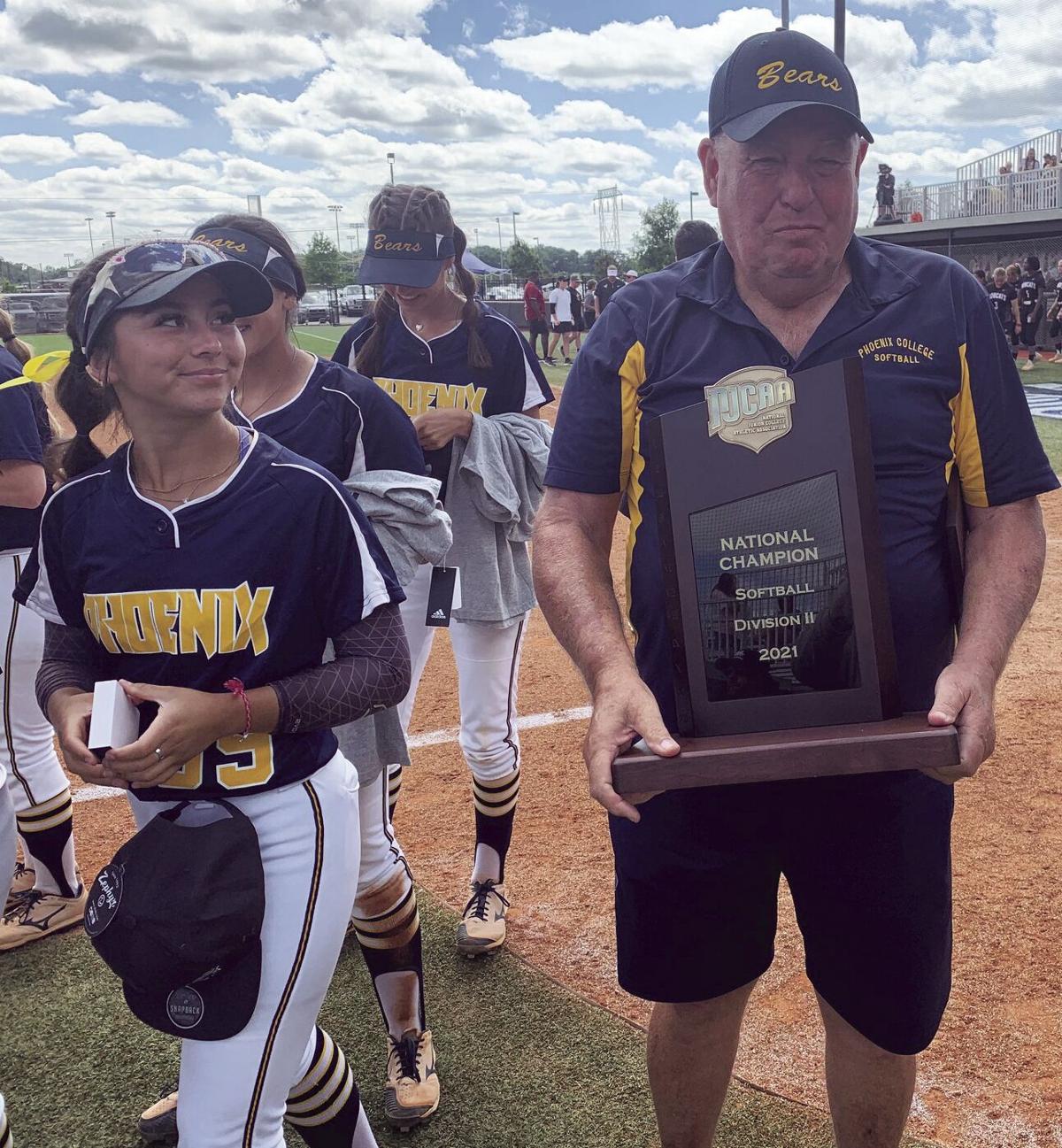 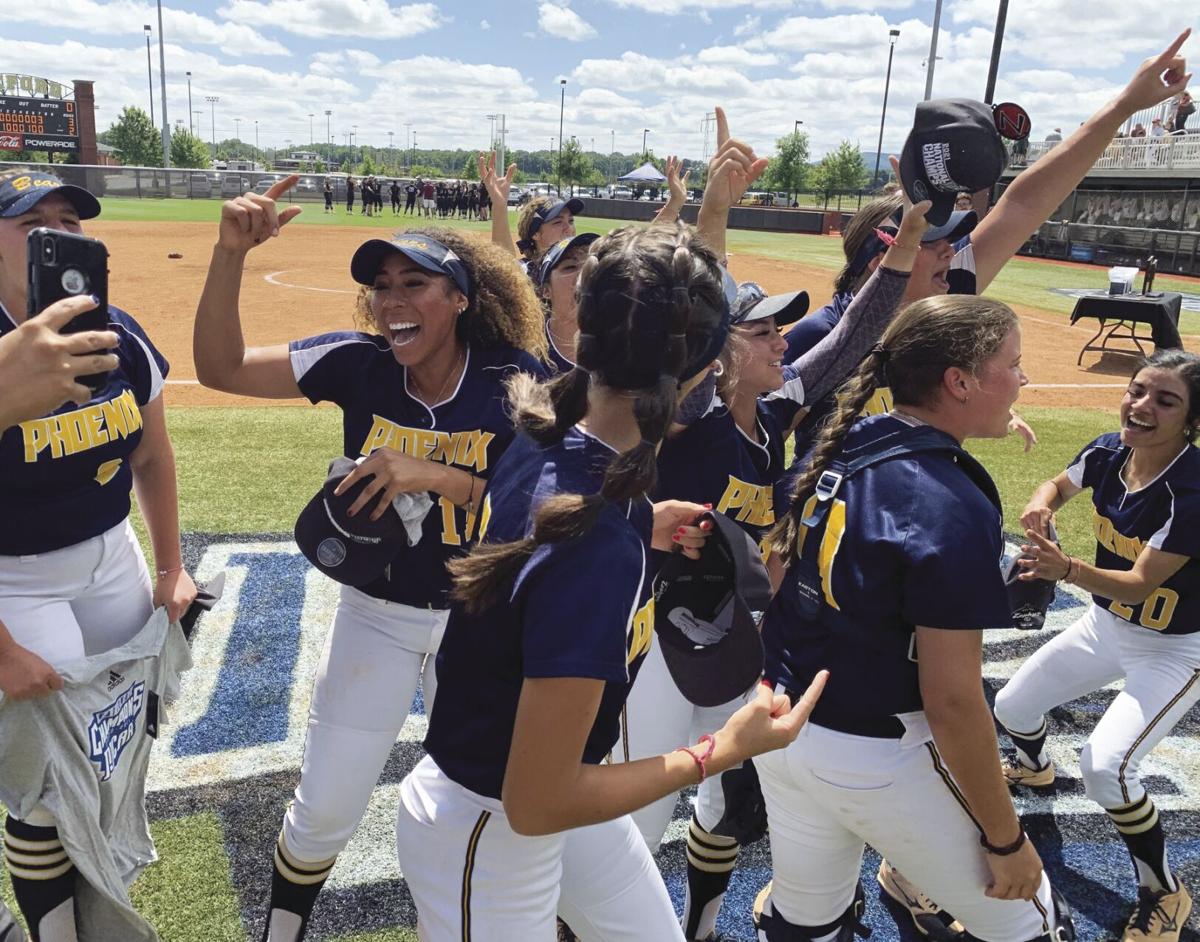 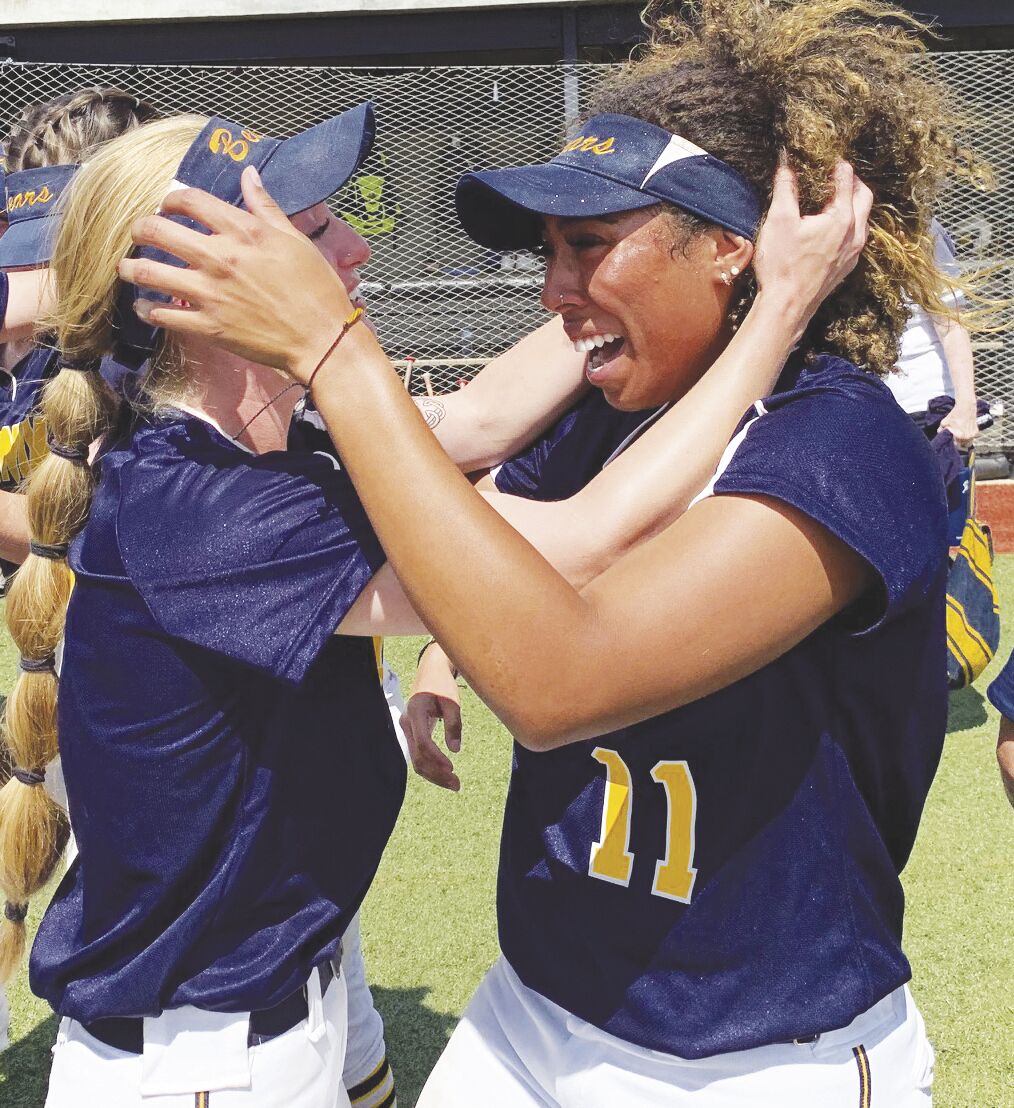 Just as astonishing, Hardy completed a perfect season at 32-0, striking out eight Jones College hitters in the windy, 68-degree weather.

"She's the greatest pitcher I have ever coached," said Phoenix College Coach Heinz Mueller, 74, who has won nine national titles in 30 seasons in the desert.

Hardy struck out 325 hitters in 188 innings this season. The sophomore from Buena High School in Sierra Vista, Ariz., allowed only 29 earned runs and finished with a 1.08 ERA.

Jones College (47-9), which won the JUCO Division II title in 2018 and has been to five of the last seven national championship games, had more luck than most teams against Hardy. The Bobcats scored runs in the first and fifth innings to go ahead, 2-0. They had eight hits and four walks.

"I wasn't worried were were going to lose," Mueller said about being down, going into the top of the seventh and final inning. "We had one more inning to go. You always have hope with an inning left."

Jones College starter Nia Luckett (17-6) took a shutout into the seventh but was replaced by Sterling James with one out.

Caroline Chilton tied the game with a two-run, bloop single to left field. Jocellyn LaFlesch drove home the third and winning run with a single.

Hardy was chosen as the tournament's most outstanding player. Her secret was mixing up pitches.

"It makes her fastball look faster when she throws the off-speed stuff," Mueller said. "As a hitter, you never know where the pitch is going to be."

Last season, Phoenix College was 25-0 when the softball season abruptly was canceled because of the COVID-19 outbreak. The team was even more determined to win the national title this season, the coach said.

"Out motto all season was, 'Finish It," Mueller said. "We wanted to finish what we started last season and started this season."

The Bears, the tournament's top seed, did it against their biggest rival on the national stage. Jones College, ranked No. 2, also was national runner-up in  2014, 2016 and 2017.