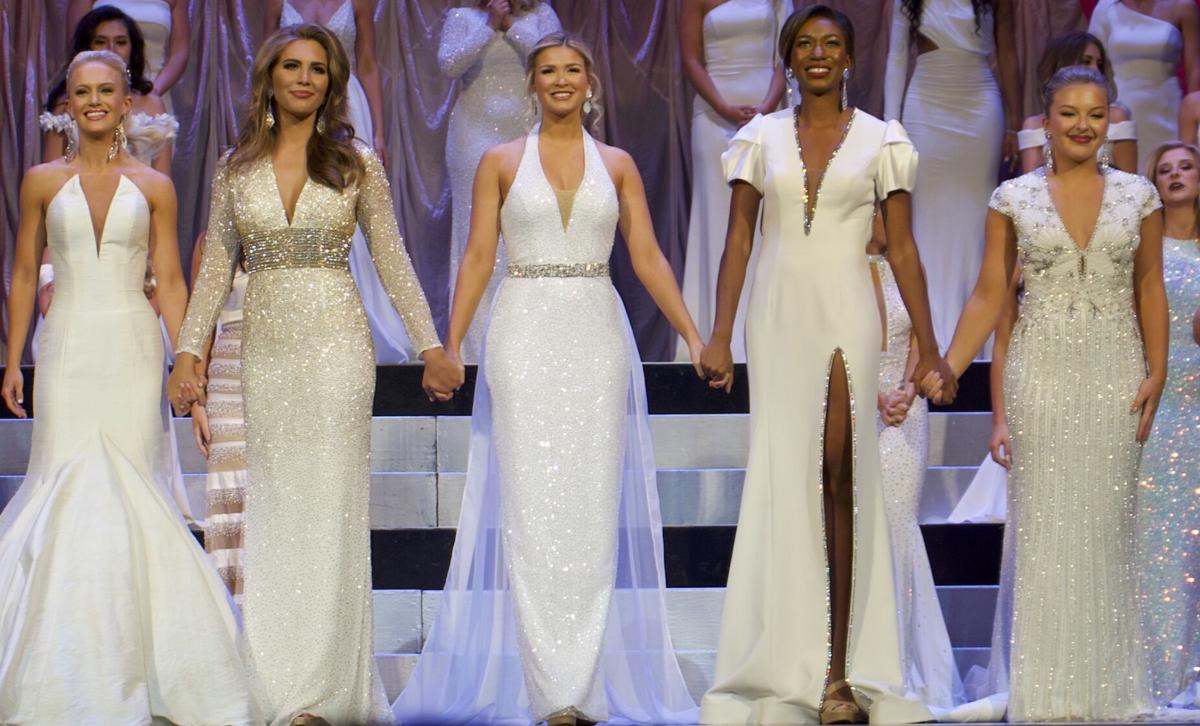 The five finalists for the title Miss Alabama hold hands just prior to the winning order being announced. From left to right they are Lindsay Fincher, Lauren Bradford, Charity Bowden, Caitlyn McTier and Collins McMurray. 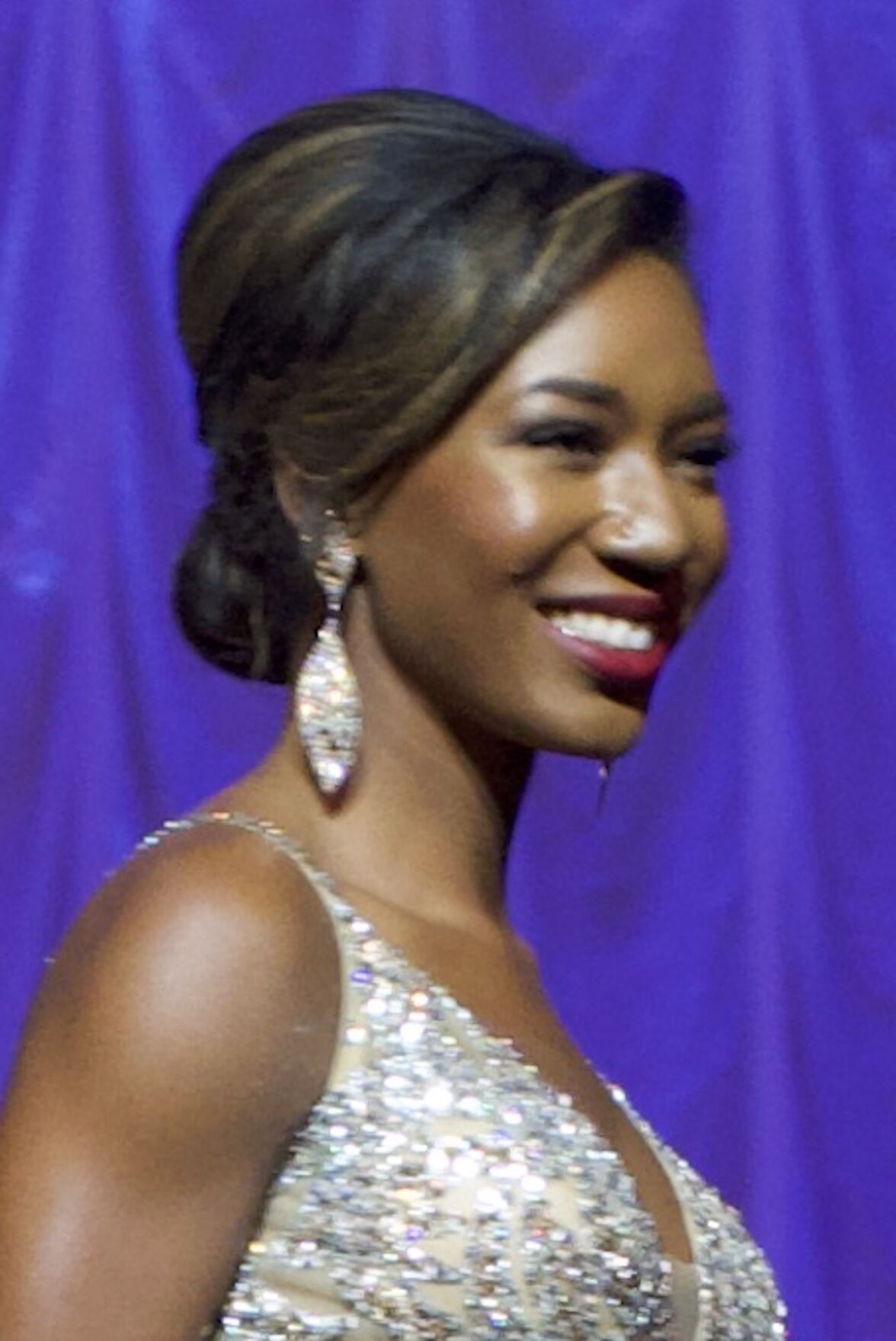 Caitlyn McTier shows off a gold dress in the red carpet competition at the Miss Alabama Pageant in Birmingham Saturday night. 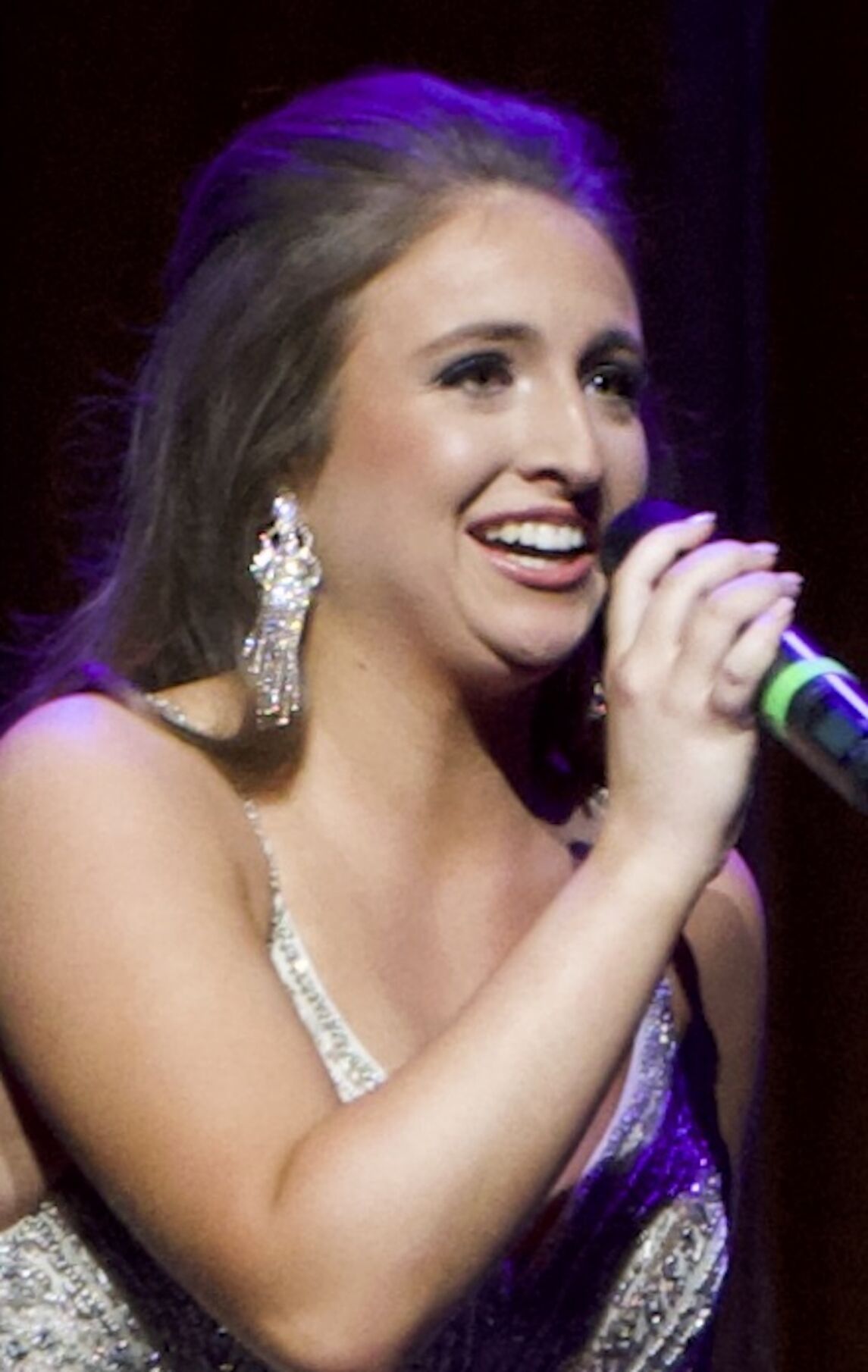 Ibby Dickson sings “Heart of Stone” in the talent portion of the Miss Alabama Pageant Saturday night in Birmingham.

BIRMINGHAM — Sylacauga native Caitlyn McTier was among the top five finalists in the 2021 Miss Alabama Pageant, which brought 39 women together to compete for the state title and crown in a showcase of beauty, poise and talent Saturday.

“As my fourth year in the competition, I finally achieved my goal when I made the top five. I was so happy because I know how hard the competition was this year. There were so many amazing girls in the top 12, so I was excited to be selected,” McTier said.

Two nights of preliminary competition had taken place on Thursday and Friday prior to the finale at The Alabama Theater. After a brief introduction of each of the contestants, the final 12 were selected by judges.

“Once I made the top 12, all of my nerves went away, and I was there to have fun and do my best,” McTier said.

During the talent portion of the competition, McTier performed a vocal rendition of “Once Upon A Time,” while Dickson debuted a vocal performance as well, singing “Heart of Stone.”

Tiara Pennington, Miss Alabama 2019-2020, offered a special tribute to her time as title holder as she invited her mother to sing on stage with her. The two sang “It’s A Man’s World” by James Brown. Pennington later performed a vocal rendition of “How Great Thou Art” to honor those who lost family members and loved ones to COVID-19.

A short interview segment led to the moments the contestants had looked forward to all week. Anticipation built as judges deliberated the winner of the 2021 Miss Alabama Competition.

The top five contestants lined up as titles were awarded.