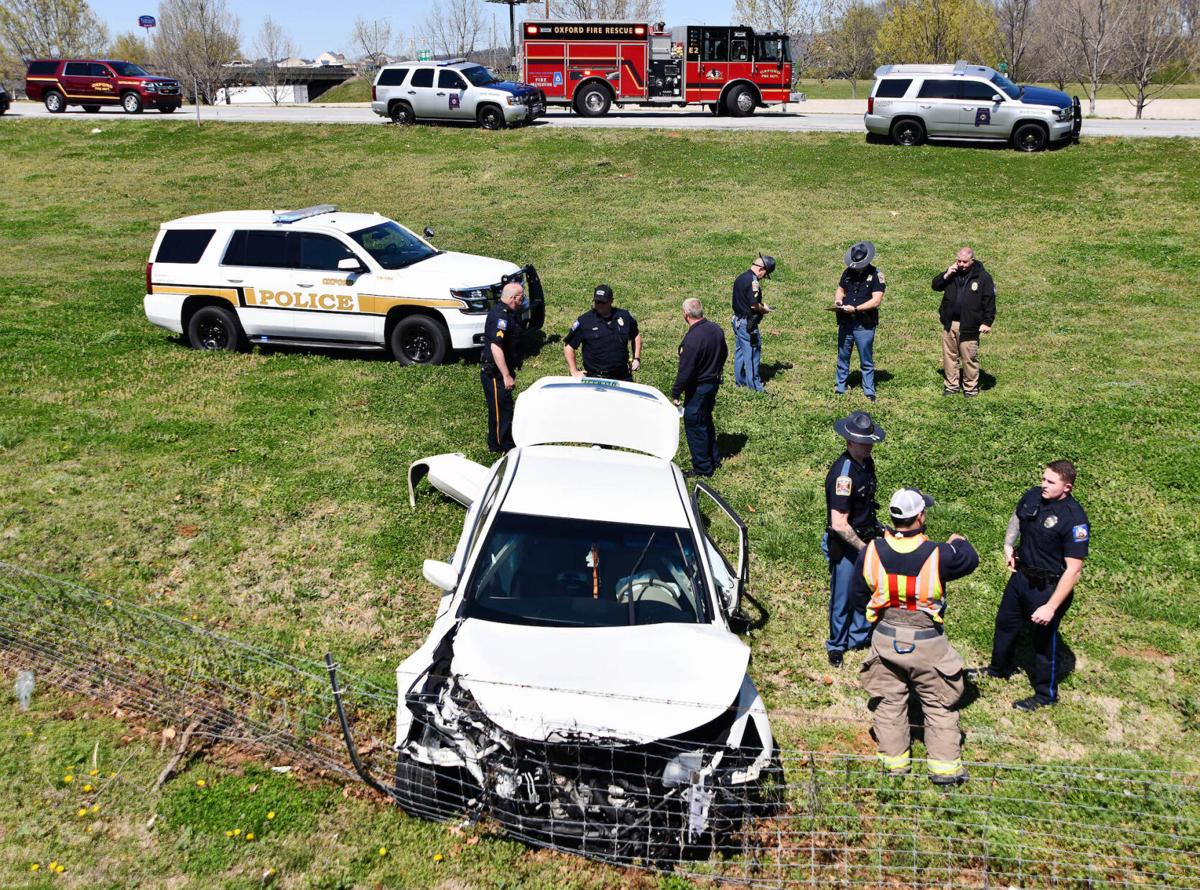 Authorities stand near a vehicle which crashed around lunchtime today at exit 188 in Oxford. Police say the stolen vehicle was driven by Michael Anthony Mills of Pell City, who was subsequently caught after he ran away from the scene.

The scene of an accident today in Oxford at the 188 exit of Interstate I-20 shows two vehicles which had been struck by a third vehicle, a white car authorities say had been stolen. 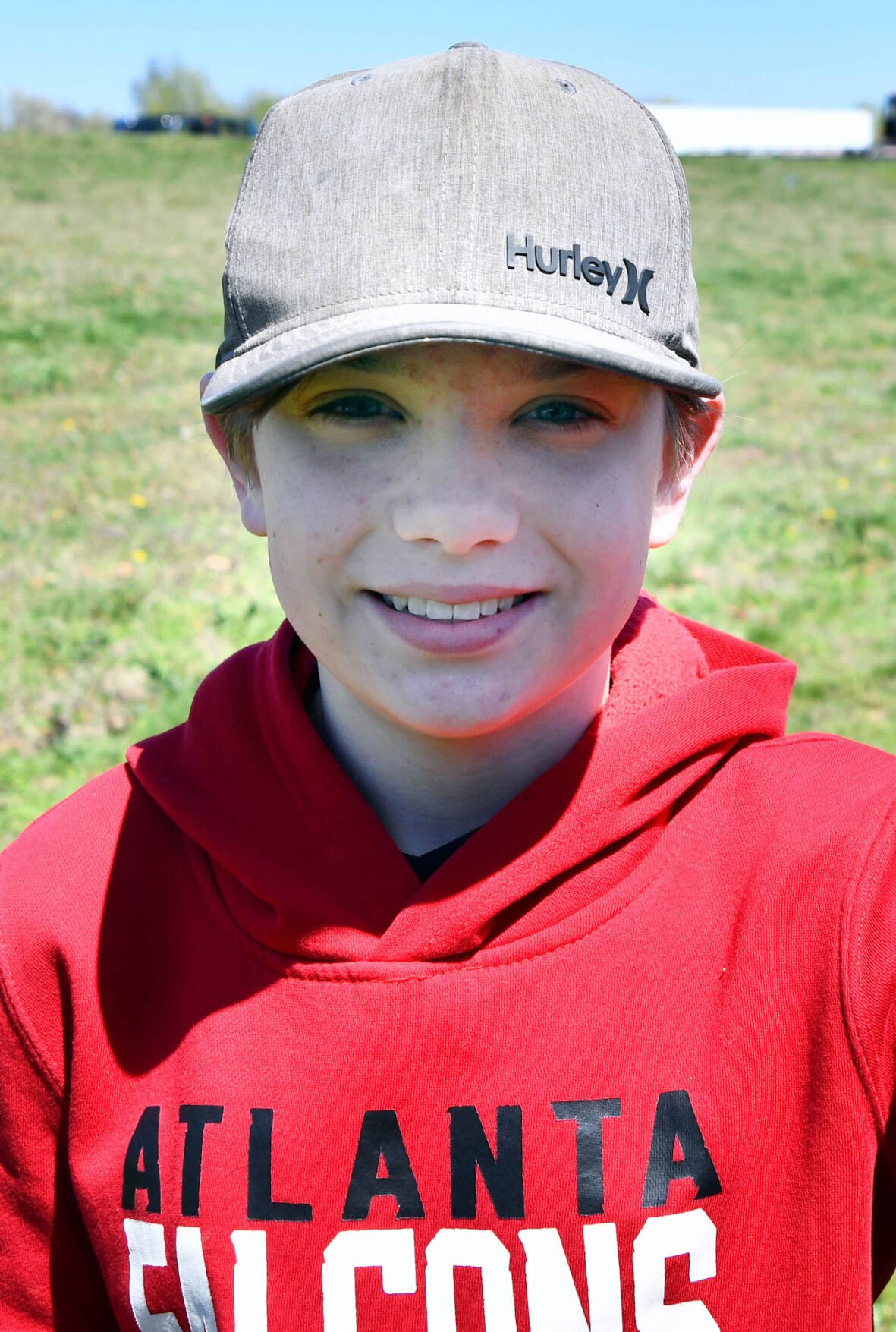 Aiden Scott, age 12, was in the SUV that the fleeing suspect hit. His family was fine.

A Pell City man remains in custody today after leading authorities on a high-speed chase which ended in a multi-car crash at exit 188 on Interstate 20 in Oxford.

Michael Anthony Mills, 31, was arrested and charged with robbery along with other outstanding warrants from various municipalities including Oxford, according to Oxford Police Capt. L.G. Owens.

No one was seriously injured, however, in the multi-car crash caused when Mills drove the wrong way in a stolen vehicle up the eastbound on-ramp at exit 188, Owens said.

Owens said a dispute between two men began earlier in the day at the Grub Mart on Friendship Road in Oxford. According to Owens, Mills’ ex-girlfriend was at the store and Mills got into an argument with her new boyfriend outside the store. The suspect had gotten into the woman's car when she went inside the store. Mills stabbed the new boyfriend in the back while the two were inside the car and then stole the woman’s vehicle, Owens said. The stabbing victim was taken to RMC with non-life-threatening injuries.

“He’s going to be all right, he’s up at RMC right now, he’s OK, he’s up walking around,” said Owens.

Oxford officers spotted Mills in the stolen vehicle at the Oxford Wal-Mart but before they had a chance to pursue him he left and got onto the interstate.

“He hits the fence behind Olive Garden, he bails, he goes inside Olive Garden and he’s taken into custody in the women’s restroom, no one in Olive Garden was hurt,” said Owens.

Owens said no bond has been set on Mills yet but he is wanted on an old domestic violence warrant in Oxford and other warrants from various cities.

The accident attracted quite a few onlookers from the lunch-hour crowd at the various restaurants which line the on-ramp.

The ramp was closed to traffic as crews cleaned up a long swath of debris and Oxford Police and Alabama State Troopers (ALEA) investigated the multi-car crash.

Aiden Scott, age 12, and his family had just gotten onto the on-ramp in their SUV and saw Mills coming at them the wrong way.

“I seen him fishtailing, he was going so fast, and then we swerved and he bounced off of us, and then I hit the window. Airbags went off and it went silent,” said Scott.

“It happened really fast,” he said.

“Everything went silent, sirens went off, and it was crazy,” said Scott.

Scott got out of the family’s damaged SUV and saw Mills as he fled.

“He went into the Olive Garden and hid in the bathroom, the state troopers went in there, the police, and then he got arrested,” the boy said. “I’m fine, I bounced off the airbag but I’ll be fine.”