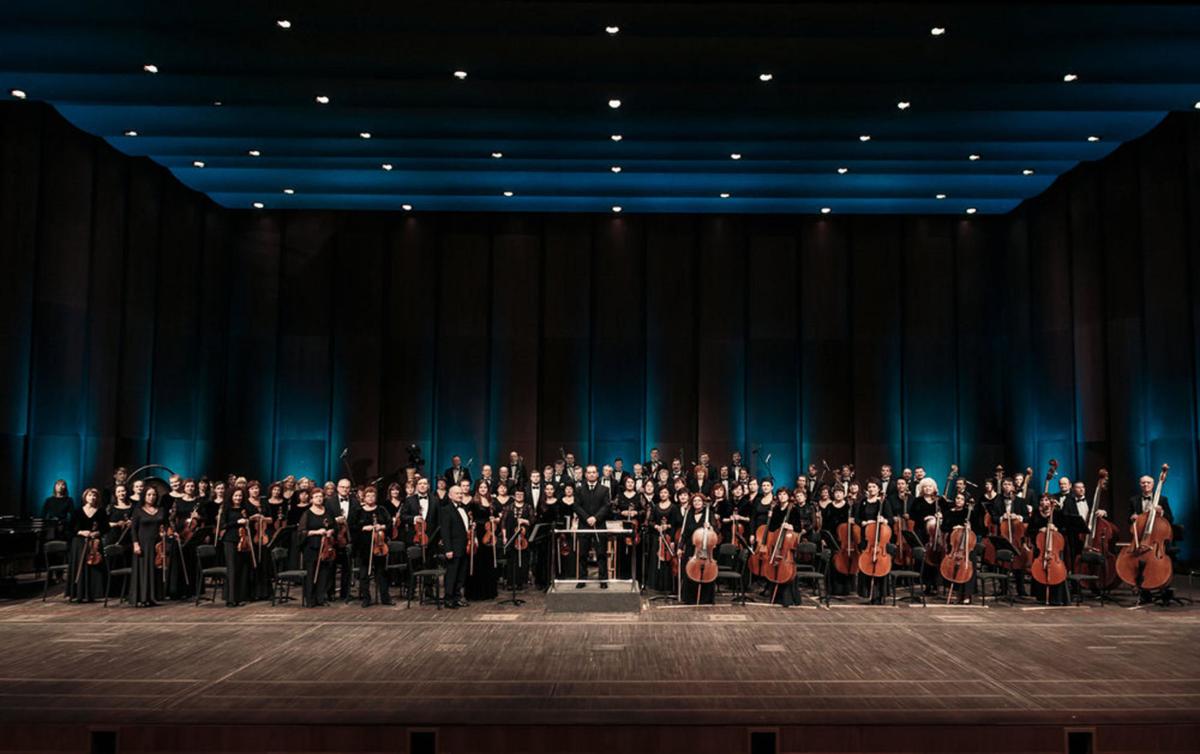 A publicity photo of the Siberian State Symphony Orchestra. 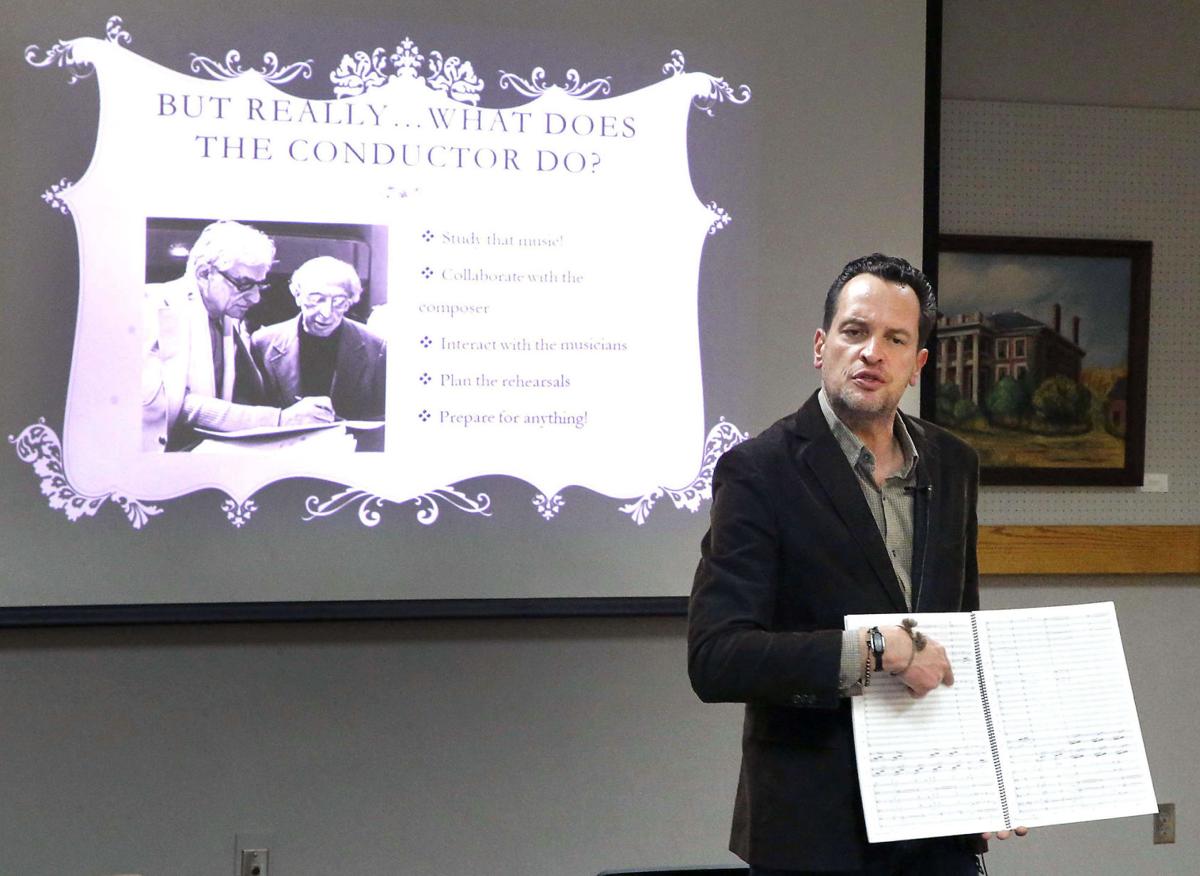 Michael Gagliardo speaks about musical conductors at the Public Library of Anniston and Calhoun County on Tuesday. Gagliardo had been preparing local students to see a performance Saturday in Anniston by the Siberian State Symphony Orchestra, but that concert has been canceled, organizers said.

The Siberian State Symphony Orchestra won’t be coming to Anniston this weekend.

Organizers of the Knox Concert Series, which planned to host the orchestra Saturday at Anniston High School, said Tuesday that the symphony can’t enter the U.S. because members can’t get visas.

Founded in 1917 as the Anniston Chorale Club, and later renamed for one of its members, the Knox organization has been bringing opera performers, pianists and other classical-style musicians to Anniston regularly since the 1940s. In the 1970s, the group began including more popular acts and better known celebrities such as Willie Nelson in its yearly lineup of shows.

This is the group’s final major concert season. Organizers announced in July that they would pare back to classical acts aimed largely at teaching kids about music.

In an online announcement Monday, the group said it was informed earlier that day that orchestra members “were unable to obtain, from Moscow, the visas required to allow travel to the USA.”

Shaw said the group had little information beyond the news that the orchestra would not be coming. It wasn’t clear Tuesday whether one, some or all of the members of the orchestra were unable to travel.

Visas are typically documents that allow entry into a host country, issued by the host country. In a brief telephone interview Tuesday, a staffer at the Russian embassy in Washington said a U.S. visa would likely be issued by the U.S. embassy in Moscow. A U.S. State Department official on Tuesday declined comment on the situation, saying visa applications are confidential.

Attempts to reach the American managers for the orchestra, at Columbia Artists Music in New York, were unsuccessful Tuesday. The orchestra has tour dates lined up across the U.S. through March, but at other stops on the tour, organizers seemed unaware of any visa issues for the orchestra.

“We’ve had this happen before, but it’s usually with people from Cuba,” said Petrina Maher, an administrator for the Arts Association of East Alabama in Opelika, which plans to host the orchestra on Jan. 29. Maher said Tuesday that the group hadn’t heard of any delay or cancellation of the Siberian Symphony Orchestra’s tour.

A staff member at the Sharon Morse Performing Arts Center in The Villages, Fla., said the orchestra was still expected to show up at its Jan. 22 date there.

Shaw said Knox would refund the cost of tickets, though customers are also welcome to consider the ticket cost a donation to the concert series. She said Knox initially hoped to book the orchestra again later in the year, but decided to cancel the event because they weren’t sure when the venue would be available for a future concert.

Knox volunteers worked last week to prepare local K-12 students for the concert, giving them background information on Siberia and the history of Russian music. Mike Gagliardo, director of the Etowah Youth Orchestra, said he spoke to a class at Anniston High last week and had just finished speaking to Oxford students Monday when he learned the concert was canceled.

Gagliardo said he’s never run into a similar problem, even though the Etowah orchestra has taken trips outside the U.S.

“We’ve gone to Costa Rica and England, but all you need there is a passport,” he said.

Knox will host the Allman Betts band on Feb. 21 and the Alabama Symphony Orchestra on May 14, according to the group’s website.