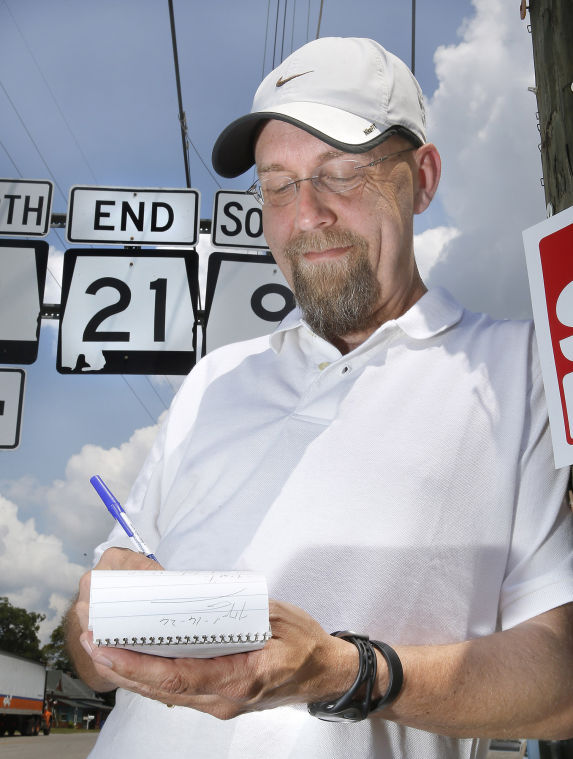 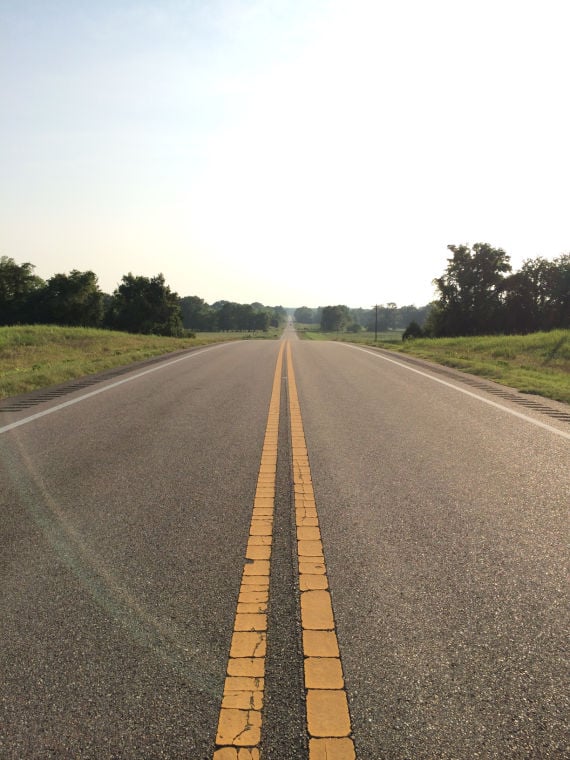 Alabama 21 just south of Hayneville on a clear morning.

Alabama 21 just south of Hayneville on a clear morning.

Montgomery’s mess breaks it up. Briefly.

If you start at the bottom of the map, in Atmore at the Florida state line, and finally reach this place, Alabama 21’s northern terminus in Piedmont, you’ve done something supreme: You’ve seen Alabama, the state we love for its beauty, its natural resources and its people.

Truthfully, Alabama 21 ends with a whimper — not the pomp and circumstance expected when I began this crazy journey last Sunday morning. For six days, I’ve wondered what it would be like to reach the literal end of the road, a modern-day Lewis (with no Clark) seeking safe passage.

Oddly, this heralded road so important to Calhoun County funnels travelers to an intersection not unlike so many others from here to Escambia County. In Piedmont, Alabama 21 ends when it hits Alabama 9. Only the astute notice the message affixed to the top of the familiar black-and-white 21 road sign:

That’s it. No pomp, no circumstance, no welcoming party. An anti-climatic thud.

After a week of traveling up (and sometimes down) 21, radio off, windows down, alone in thought, this is how the journey terminated: with a tweet. It’s kinda embarrassing to admit that.

Friday afternoon, I stopped at Piedmont’s Veterans Memorial Park, a place I’d written about but regretfully never visited. While there, I noticed that Matt Akin, the superintendent of the city’s schools, had been following my journey online through Twitter. On a whim, I tweeted: “Hey, Matt, come meet me at the end of Alabama 21 ... Let’s chat,” never thinking he would.

So, six days and nearly 300 miles later, it was sorta surreal to stand at the end and talk to someone who lives and works so close to the place I’d been anticipating. Akin played along, good sport that he is. And considering who he works with — Piedmont’s children — he offered this:

Here’s why: Alabama 21 is Quintard Avenue and McClellan Boulevard in Anniston and Pelham Road in Jacksonville. In Piedmont, it’s Memorial Drive. The 21 signs are there, but green Memorial Drive signs are ubiquitous. Google the three businesses at the intersection — OK Tire Shop, Lisa’s Gifts and Apparel and Young Oil — and their addresses are Memorial Drive, not Alabama 21.

Akin didn’t grow up in Piedmont, but he’s an Alabamian who remembers what it’s like to be a kid in a state so covered in rural expanse. Before Facebook and Twitter and smartphones that text, small-town kids spent more time, face-to-face, with their friends. Often that meant traveling down roads just like Alabama 21.

But, “as social media has exploded,” Akin explained, “it’s nothing for them to have a boyfriend or a girlfriend in Roanoke. I don’t even think they think of the road as being a highway, anyway.”

In Atmore, it carries people south to Florida farmland and north to the casino.

In Monroeville, it takes travelers to the timberlands that dominate so much of the Black Belt to the north.

In little places like Oak Hill and Rockford and Megargel and Frisco City, it takes people to bigger places — to doctors, hospitals, schools, things they don’t have at home.

In Hayneville, it takes Elmore Countians to Montgomery, by far the largest city on this state road of small places.

In Wetumpka and Sylacauga and Talladega, it delivers drivers to Calhoun County, the road’s most congested, most traveled and most harried section — if you ignore Montgomery, which I wish I could have done this week.

“It’s our lifeline to Anniston and Oxford,” Akin said.

Is that the best way to describe Alabama 21? Perhaps.

There was a time, the Piedmont superintendent said, when he traveled the road three or four times a week for work. He couldn’t go north, of course; south was the only option. “At one point, I used to know the number of red lights between Anniston and Piedmont,” he said, and I believed him.

Finally, it hit me, miles after this journey began.

The people in Atmore are no different than the people in Monroeville or Wetumpka or, in this case, Piedmont. They may do different things, worship at different churches, or even vote for different candidates on Election Day. Their shared interests can have forks in the road.

A week on Alabama 21 doesn’t teach you about the road, the asphalt or road signs.

It teaches you about Alabamians, most of them small-town people like those of Calhoun County, people who’ll invite a stranger in if he knocks on the door.

The Long Ride: Dispatches from Alabama 21

Phillip Tutor spent the week traveling all of Alabama 21 from Atmore to Piedmont. Check out his photos, videos and stories from the road at AnnistonStar.com/alabama21. Follow him on Twitter: @ptutor_star and #ala21.