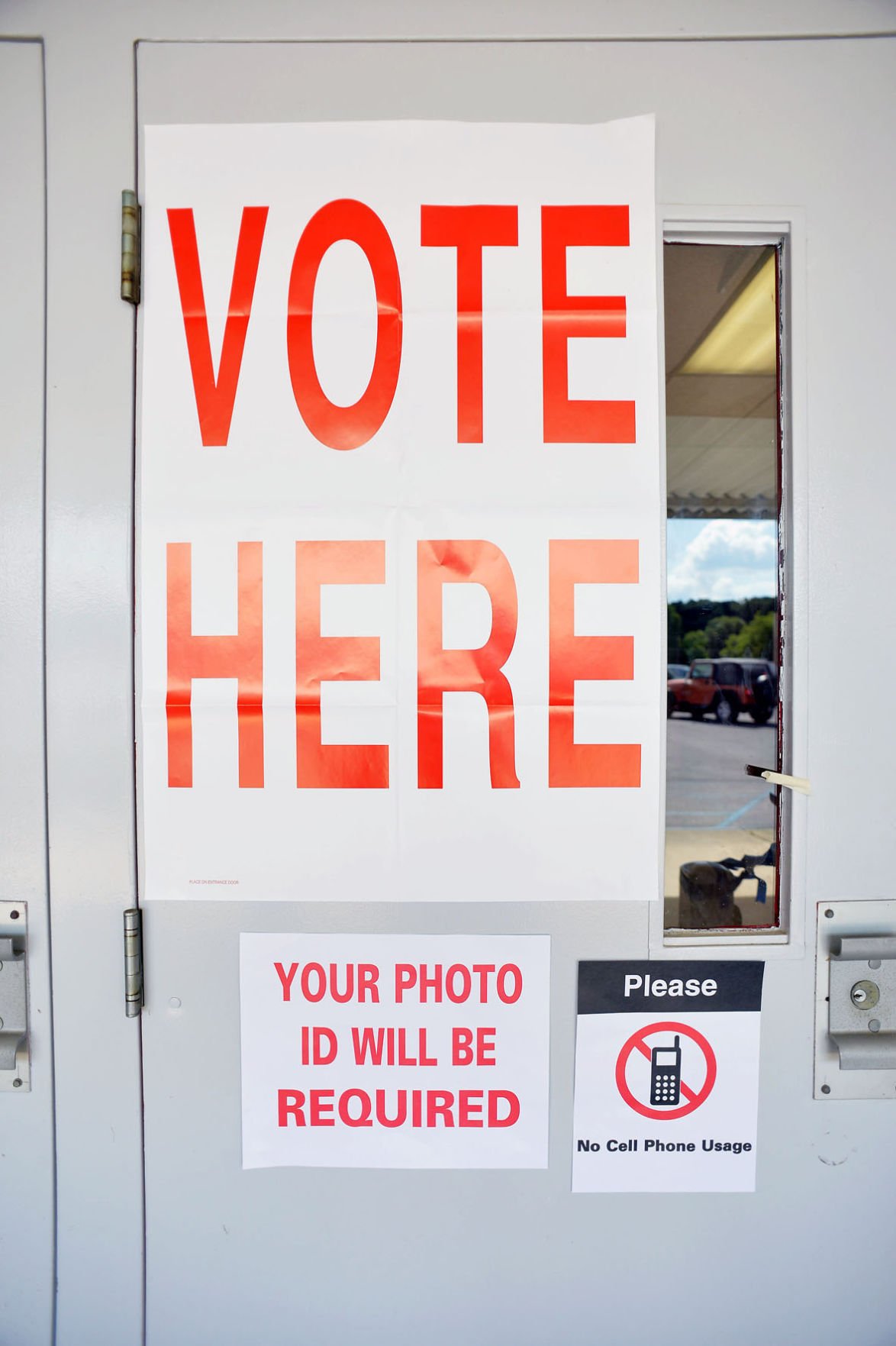 In this file photo from the 2014 primaries, a Vote Here sign and Photo ID sign at Saks High School.

In this file photo from the 2014 primaries, a Vote Here sign and Photo ID sign at Saks High School.

A small group of Alabama officials is pushing for a clearer legal definition of “moral turpitude,” a change that could restore voting rights to some ex-felons.

“When they’ve paid their fees and served their time, they ought to be integrated back into society,” said Secretary of State John Merrill. “Voting ought to be part of that.”

Merrill on Wednesday will convene the last meeting of a task force he appointed to study voting rights of ex-felons, and the group is expected to vote on its recommendations for restoring the vote to some former prison inmates. Merrill can’t set the voting rules by himself, but he said he expects them to be filed as bills before the Alabama Legislature convenes next month.

Most states prohibit state prison inmates from voting, according to data compiled by the National Conference of State Legislatures. Alabama is one of a dozen states that don’t automatically restore voting rights after felons serves their sentence. A handful of states ban felons from voting for life; Alabama will restore the ballot to ex-felons who apply for and get a pardon.

To lose voting rights in Alabama, a person must have been convicted of a crime of “moral turpitude,” but it has often been up to courts to decide what that phrase means. A 2005 opinions by then-Attorney General Troy King, citing past court decisions, listed various violent felonies, fraud-related offenses and drug crimes as crimes of turpitude — but King also declared that “no exhaustive list” of those crimes exists.

Sen. Bobby Singleton, D-Greensboro, believes there are as many as 250,000 Alabamians who can’t vote due to felony convictions — and that many of them would get their rights back if the state made a clear declaration that non-violent drug possession and small-time burglaries aren’t in the “moral turpitude” category.

Black Democrats have been calling for less-strict rules on voting-rights restoration since at least the 1990s. Singleton said Republicans are now getting on board because they, too, are hearing from constituents whose friends and relatives are behind bars.

“There are people on the other side of the aisle who are beginning to see that this isn’t a black issue or a white issue, it’s a people issue,” Singleton said.

Singleton and Republican Rep. Mike Jones of Andalusia sponsored similar “moral turpitude” bills in the 2015 legislative session — bills that would have limited moral turpitude to 38 specific offenses, most of them violent or sex offenses, terrorism or drug sales charges.

That bill passed the House 99-1, but was largely forgotten in the Senate as the debate over the state budget grew more contentious.

Singleton said he may file the bill again this year, though he was waiting to see what comes out of Merrill’s committee before he makes a decision. He said he’s uncomfortable with listing some crimes, such as making a terrorist threat, as moral turpitude crimes.

“You could yell at somebody on the phone and get convicted of a terrorist act,” he said. “We need to be careful with that.”