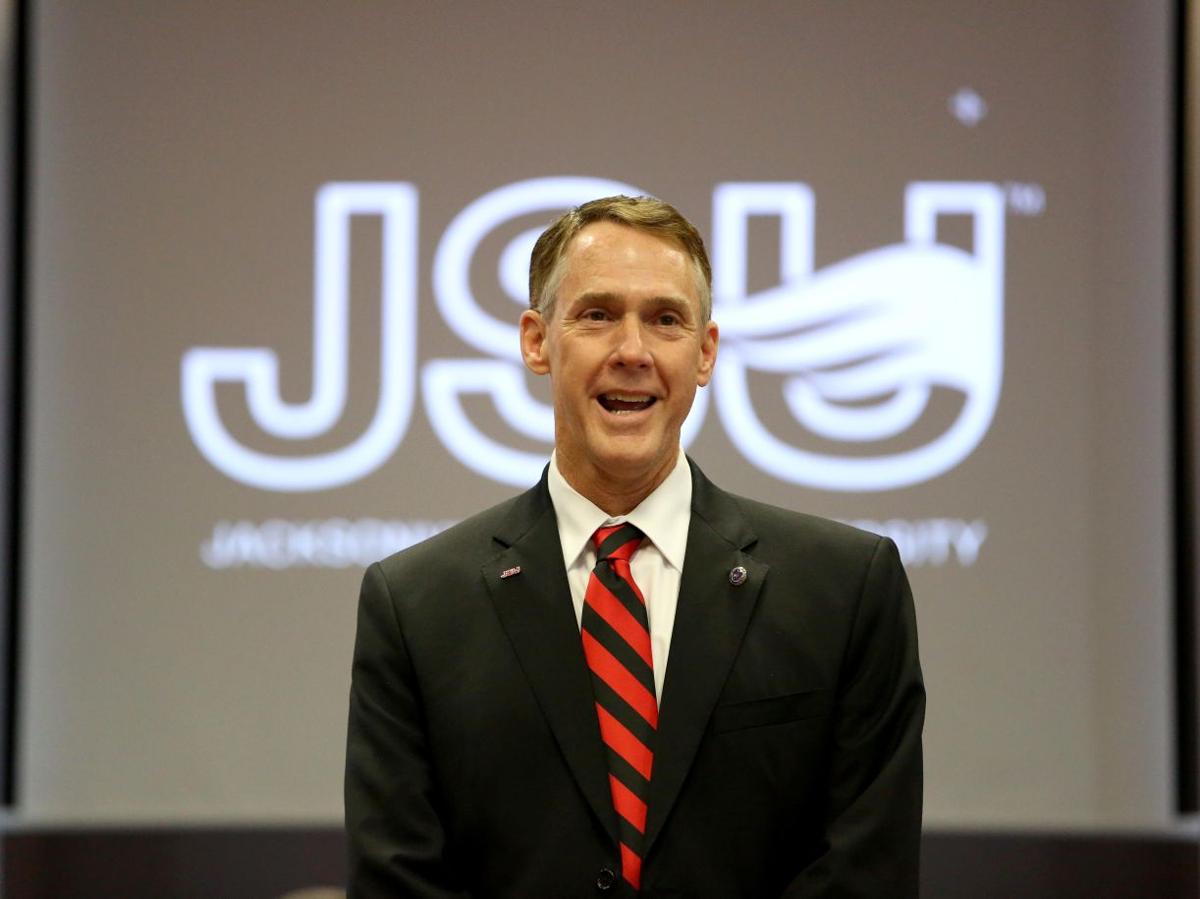 John Beehler speaks to the audience at a Jacksonville State University board of trustees meeting on Friday after being named the school's next president. 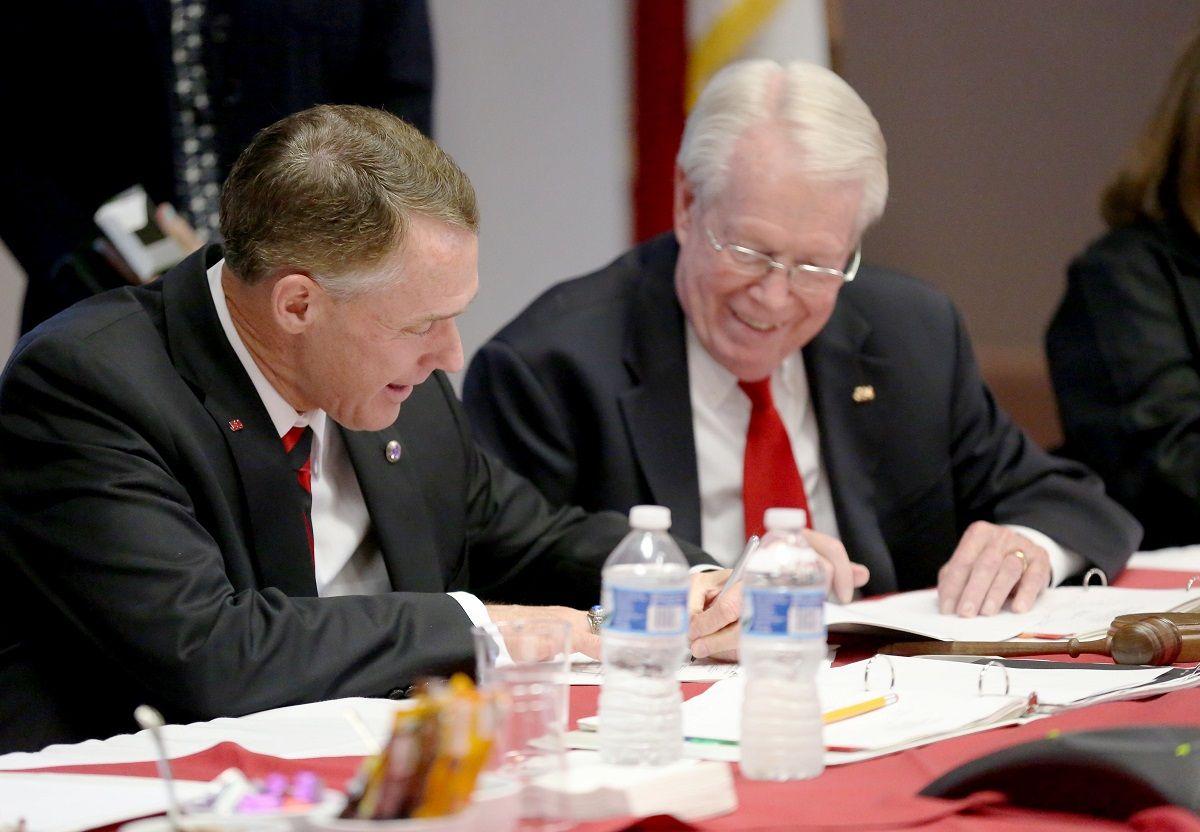 AT TOP: John Beehler speaks to the audience at a Jacksonville State University board of trustees meeting on Friday after being named the school's next president.

John Beehler speaks to the audience at a Jacksonville State University board of trustees meeting on Friday after being named the school's next president.

AT TOP: John Beehler speaks to the audience at a Jacksonville State University board of trustees meeting on Friday after being named the school's next president.

JACKSONVILLE — A crowd kept quiet when the Jacksonville State University board of trustees announced the name of the institution's next president Friday, but attendees rose to applaud as the board’s pick entered the room.

John Beehler, 59, dean of business at Robert Morris University in Pittsburgh, walked through a pair of double doors with his wife shortly after trustees made the announcement. The couple stood in front of a crowd on the 11th floor of the Houston Cole Library as Beehler spoke for the first time as the future president of JSU.

“My wife Pam and I are totally committed to this place,” Beehler said. “We will give you our heart and soul.”

The announcement brings to a close a 10-month search for the institution’s 12th president, an effort it began after outgoing President Bill Meehan, 64, announced his retirement in July of last year.

Beehler said he will take the helm of the university on July 1 as Meehan retires to his family home off campus in Jacksonville. Beehler’s contract, signed Friday during the ceremony, promises him three years at $300,000 per year on the job.

“I think I negotiated a fair contract,” Beehler said after the meeting. “It’s a mutually beneficial agreement.”

Meehan sat at the head of the room in the center of a table flanked by university trustees at the Friday meeting. Trustee Vivian Figures appeared to wipe away tears as the long-time president stood to address the crowd and pledged his continued support to the institution and its next president.

“I want to thank the board for all the support it’s given me and my bride Beth,” Meehan said to the board before addressing Beehler. “We want to make your presidency even more successful than mine has been.”

The university's presidential search committee, lead by trustee Ronnie Smith, was responsible for finding finalists for the position. Those finalists included Carl Stockton, provost and senior vice president for academic affairs at the University of Houston-Clear Lake; and Randall Hanna, former chancellor of the Florida College System.

Beehler began his professional life as an accountant, but he moved into academia three decades ago. In that time, Beehler has served in a number of roles ranging from associate professor to founding provost.

Bill Fielding, dean of JSU’s College of Commerce and Business Administration, was a member of the presidential search committee and among the faculty members, students and officials at the Friday meeting.

He said universities often make year-to-year financial plans, but with a leader who specializes in financial operations JSU may be more equipped to reach long-term financial goals. Among the university's goals, he said, should be improving faculty salaries, the key to which, he said, may lie in attracting more students.

“We’ve got to get out and grow our enrollment,” he said, adding that declining enrollment detracts from the institution's bottom line.

Beehler said that before he starts recommending changes at JSU, he plans to spend more time analyzing data at the institution and getting to know the character of the institution.

Before the meeting wrapped up the university's athletic department presented Beehler with a JSU baseball jersey and asked him to throw the first pitch out at a game on campus that evening.