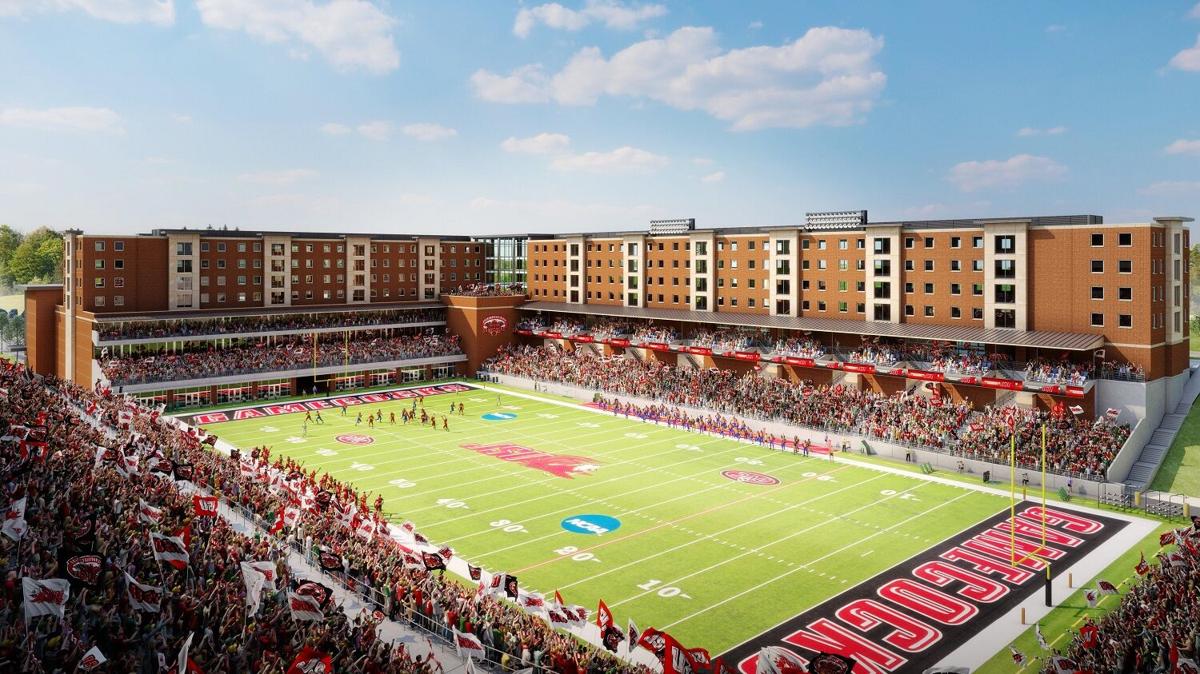 A preliminary design rendering of the newly announced $80 million expansion of the residence halls at the Jacksonville State University stadium. 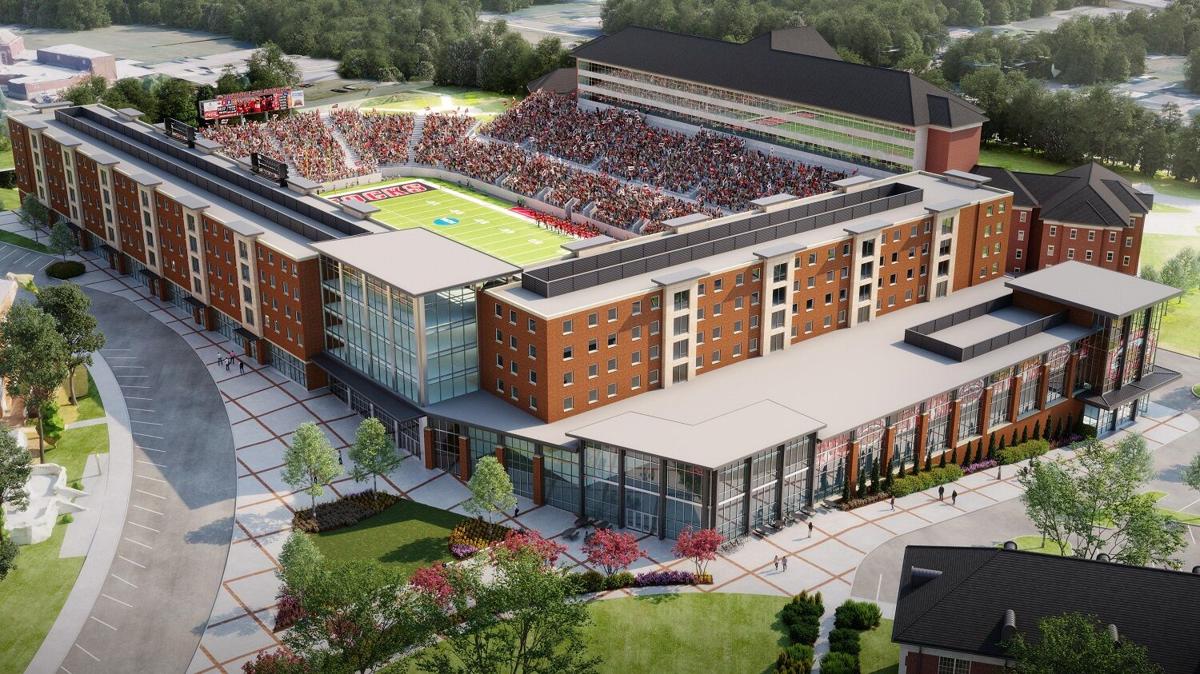 A preliminary design rendering of the newly announced $80 million expansion of the residence halls at the Jacksonville State University stadium.

JACKSONVILLE — A newly announced $80 million expansion of the residence halls at the Jacksonville State University stadium will add 348 rooms and a new dining hall, among other features.

The investment was approved by the university’s board of trustees during its quarterly meeting Tuesday at Meehan Hall, overlooking Burgess-Snow Field in the stadium below.

The addition will wrap around the other sides of the stadium, adding three floors of housing above the field house and beside Trustee Street.

JSU President Don Killingsworth said the new development will bring students back to campus from The Pointe apartments, where as many as 500 students have lived since the 2018 tornado hit campus.

Ending the school’s lease there will save about $4 million per year; along with a long-term investment from food-service company Sodexo for the dining hall, Killingsworth said, the school should break even on the project.

“I feel like this project is cost-neutral and will pay for itself from the lease of beds and dining service options,” Killingsworth told the board.

According to the university’s capital outlay form, Sodexo will contribute $7 million in September and $20 million over the next 20 years to help fund the 65,000-square-foot dining hall.

“The architects are working on the structure and what it encompasses at this point,” Killingsworth said of the residence hall.

During its meeting, the board also discussed the Randy Owen Center for Performing Arts, now nicknamed “the ROC,” and approved a capital outlay for up to $50 million to complete the venue’s construction by October 2023.

The ROC will include a 1,000-seat concert hall, two large multipurpose rooms and a recording studio, and will provide an indoor practice space for the university’s Marching Southerners band.

According to Staci Stone, dean of the School of Arts and Humanities, the space will be specifically designed for concerts and musical competitions, including high school band tournaments. Stone said the center could have a meaningful economic effect upon the area.

“Those competitions will bring thousands of high-school students to the area,” Stone said. “While it’s wonderful for recruiting for JSU and provides a world-class acoustic performance center, it’s also going to bring those families to the county.”

Another action item included the university’s “South Complex,” the as-yet-unnamed former Regional Medical Center building at the southern end of Jacksonville. Cost estimates last year for renovating the former hospital grew from as much as $12.3 million to as much as $15 million.

The building is likely to become a new home for the university’s College of Health Professions and Wellness.

Additions to the project include:

— demolition of the MRI building

— new HVAC systems for the Student Health Center, replacing the current outdated and degraded systems, and a replacement for the center’s roof

— a replacement of the sanitary main

— relocation and upgrades for the site’s electrical room

— lightning protection and replacements for the outdoor facade and windows.