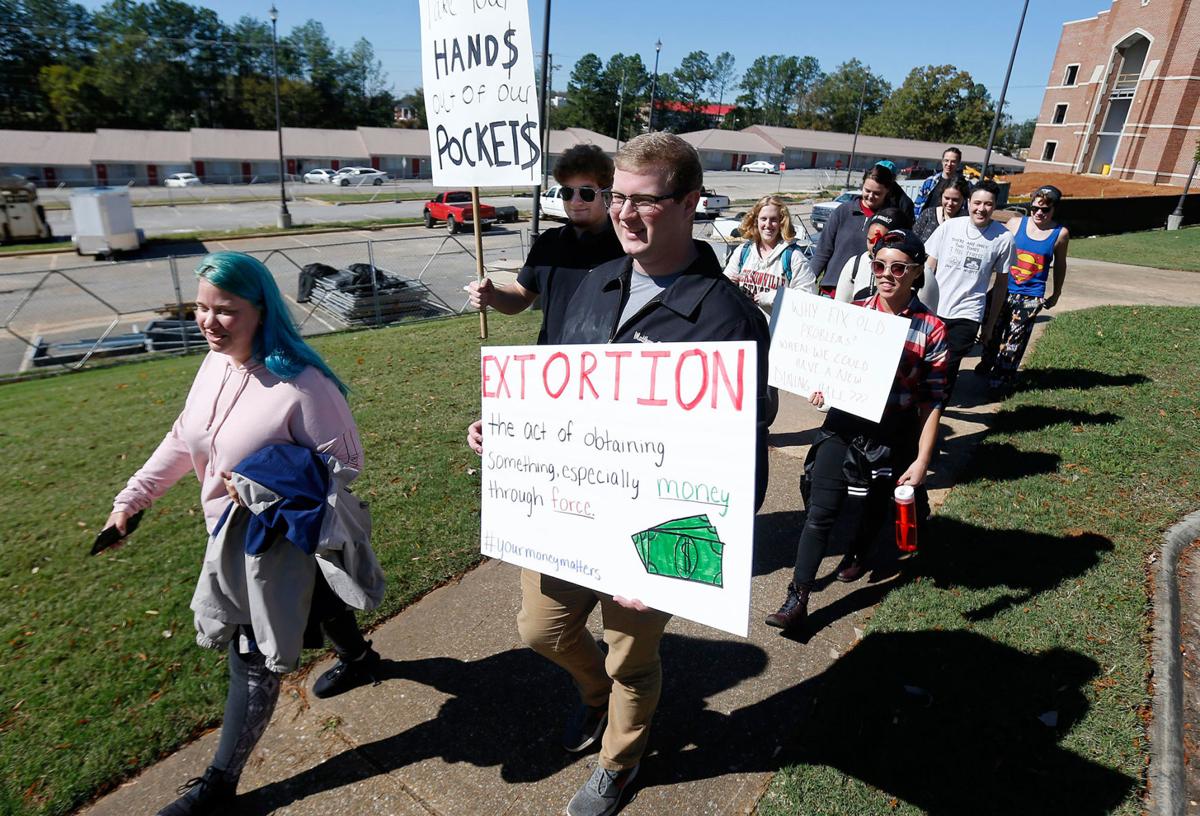 A group of 15 JSU students, some with signs in hand, marches from Mason Hall to the Theron Montgomery Building Friday afternoon in protest of a proposed new dining hall and potential outlays by students to pay for it. 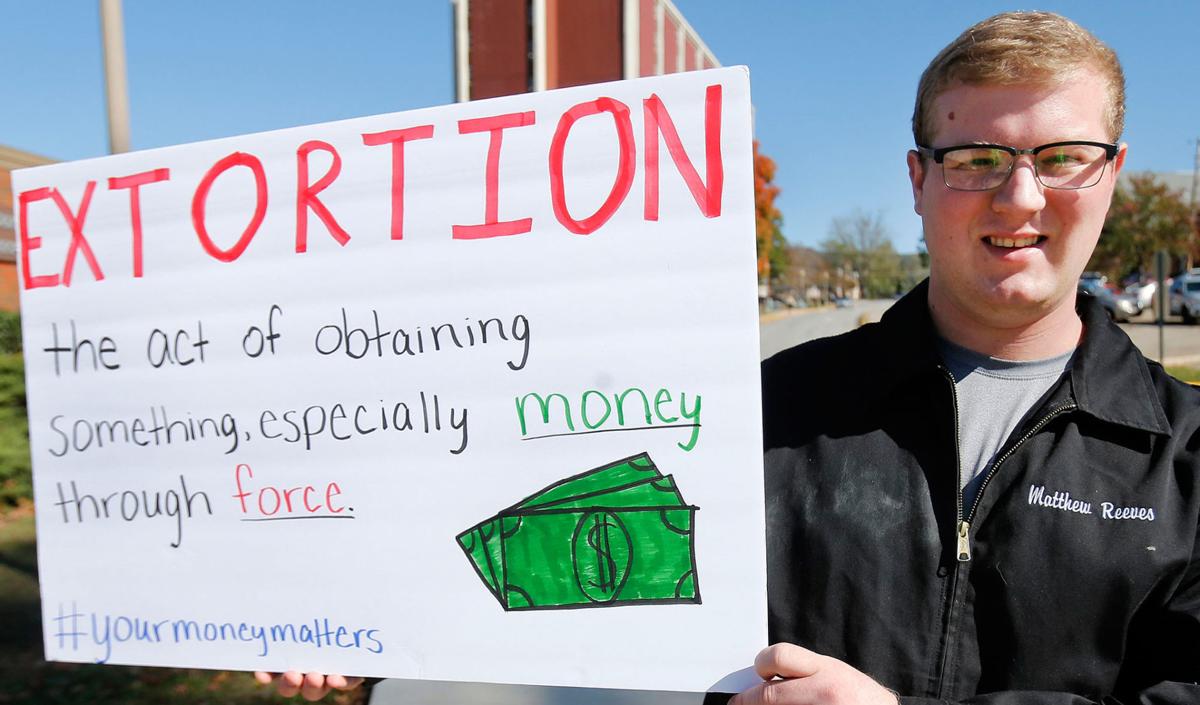 “When we first opened, it was probably 80 percent students,” Johnson said of his barbecue restaurant on the edge of the college town, which he has owned since 2000. “Once they opened the meal plans at JSU, it pretty much wiped out our student customer base.”

JSU recently announced it’s working to renew its contract with food services provider Sodexo. One proposal by Sodexo has been met with criticism from students: a proposed $275 mandatory meal plan for students who live off campus. The proposal could allow some local businesses like Johnson’s back into the student market.

About 15 students protested the dining hall proposal on campus Friday, marching around University Circle chanting slogans like “degrees, not fees” and brandishing signs that bore the definition of extortion or used the JSU acronym to accuse the university of “Jeopardizing Students Unfairly.”

“When you can’t afford to live on campus, you definitely can’t afford a meal plan,” said Lydia Clarke, the lone protestor, other than organizer Keeley Tibbitts, who would speak to a reporter. “You’re scrounging to pay for school, these exorbitant fees and rent, and now you have to pay another fee?”

JSU Chief Financial Officer Jim Brigham stated at a Wednesday meeting that the university was looking into negotiating with Jacksonville restaurants to allow funds from the new plan, tentatively named “cocky cash,” to be used at off-campus eateries in addition to dining halls and campus food courts.

“No one has talked to me about it, but I’d definitely listen,” Johnson said Friday. “It would obviously depend on the details.”

Similar programs are available at other universities and their cities.

Business owners told the Tuscaloosa News at the time that the required dining plans caused an unfair advantage, allowing the university to create a captive market of students who must spend required money at predetermined locations. The case was eventually dismissed.

Lee Law, one of the owners at newly opened Calhoun Steak House in Jacksonville, said that his restaurant had inquired about allowing “Flex Dollars,” JSU’s current dining funds program for students, to be usable at the restaurant and was turned down. Law said a deal, if it made sense, would help broaden a customer demographic that he said is so far mostly family oriented.

“It certainly wouldn’t hurt,” Law said. “If it made sense and was beneficial for us and the college, we’d certainly be interested.”

Johnson said that if the fee to participate gets too high, it provides diminishing returns for the restaurant.

“It sounds really good, but then you read into it and realize you’re not going to make money,” Johnson said. “It may look like you’re busy and you’re doing more, but you’re losing money on each meal.”

Johnson said the high volume of students going through the university has allowed JSU and Sodexo to seize portions of the town’s food market.

“They’ve basically become a competitor with local businesses, especially with local restaurants,” Johnson said. “There’s no way we can compete with them.”