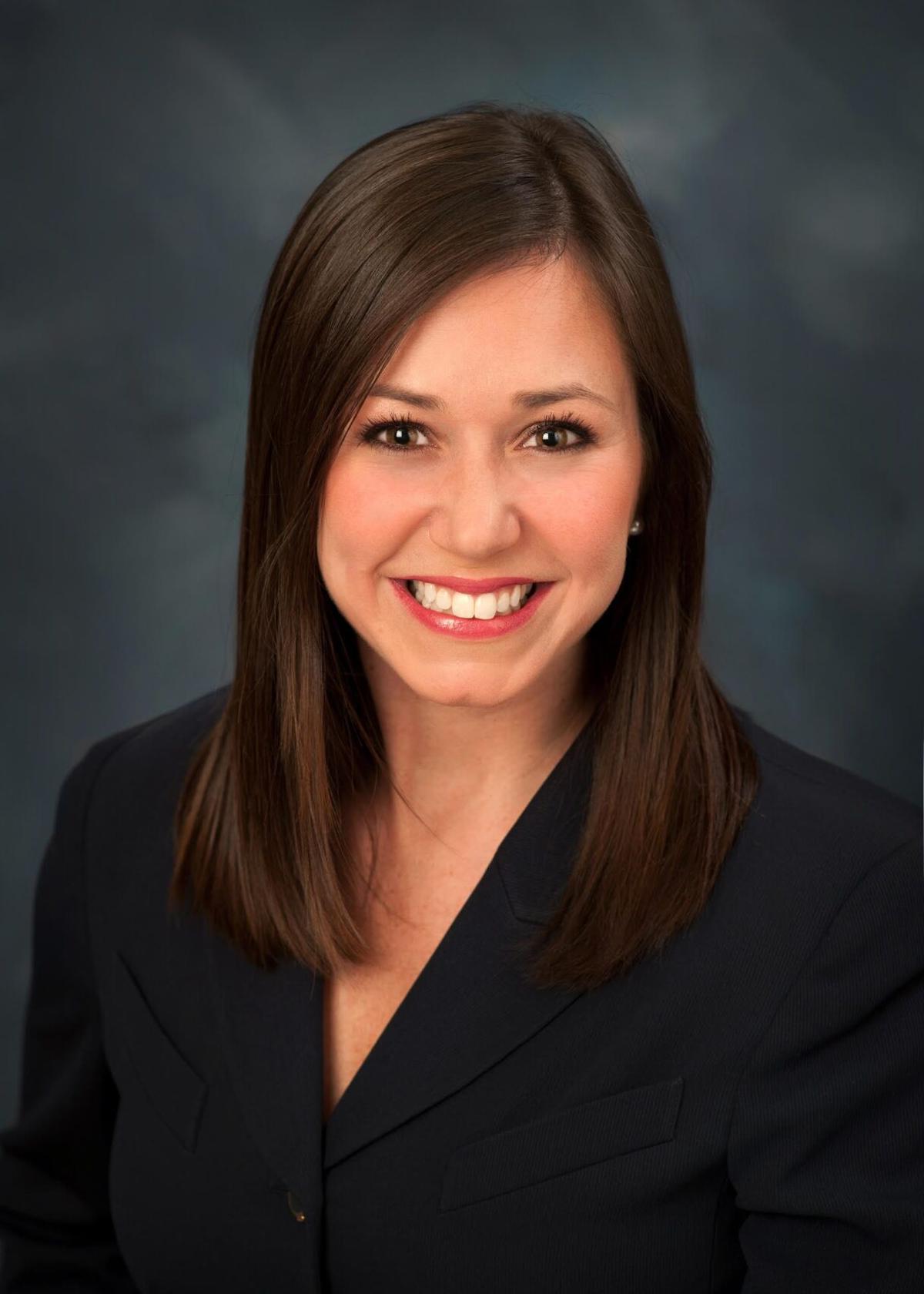 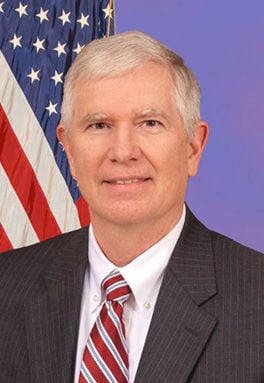 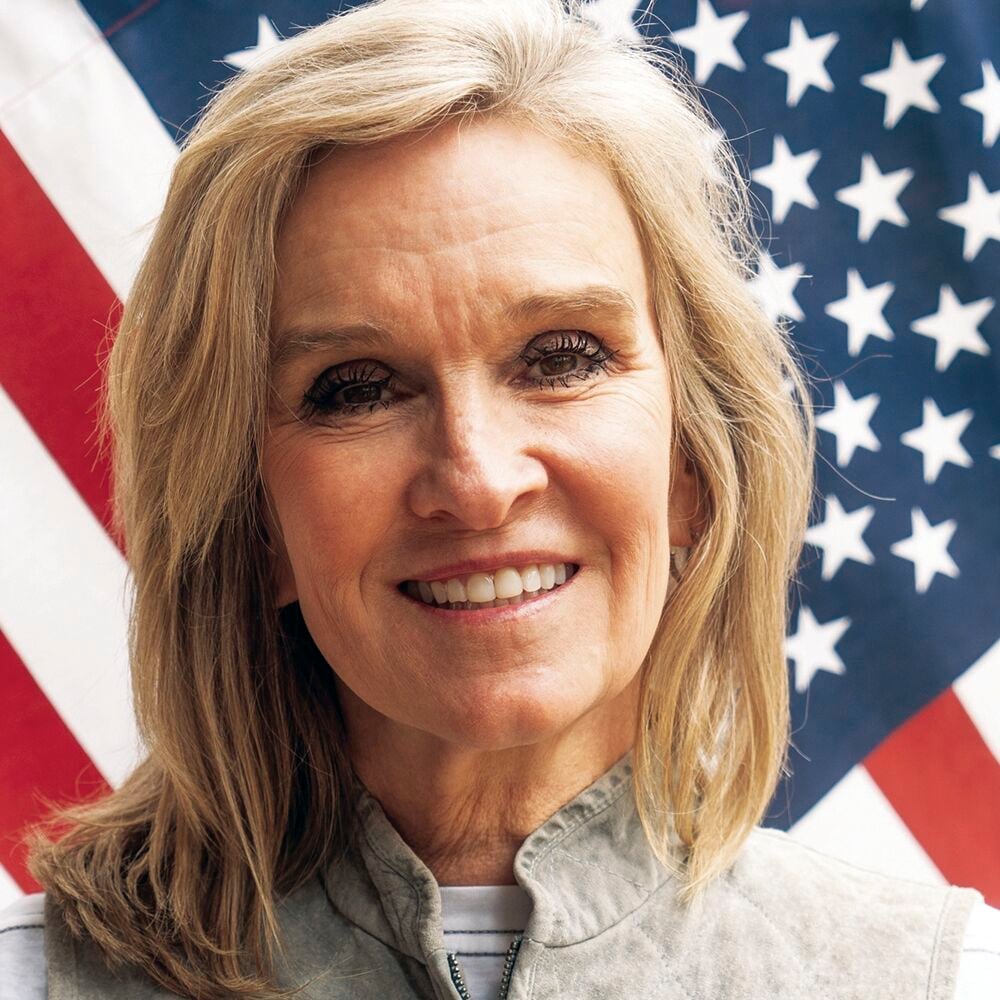 Lynda Blanchard is an Alabama businesswoman who was the U.S. ambassador to Slovenia from 2019-2021. 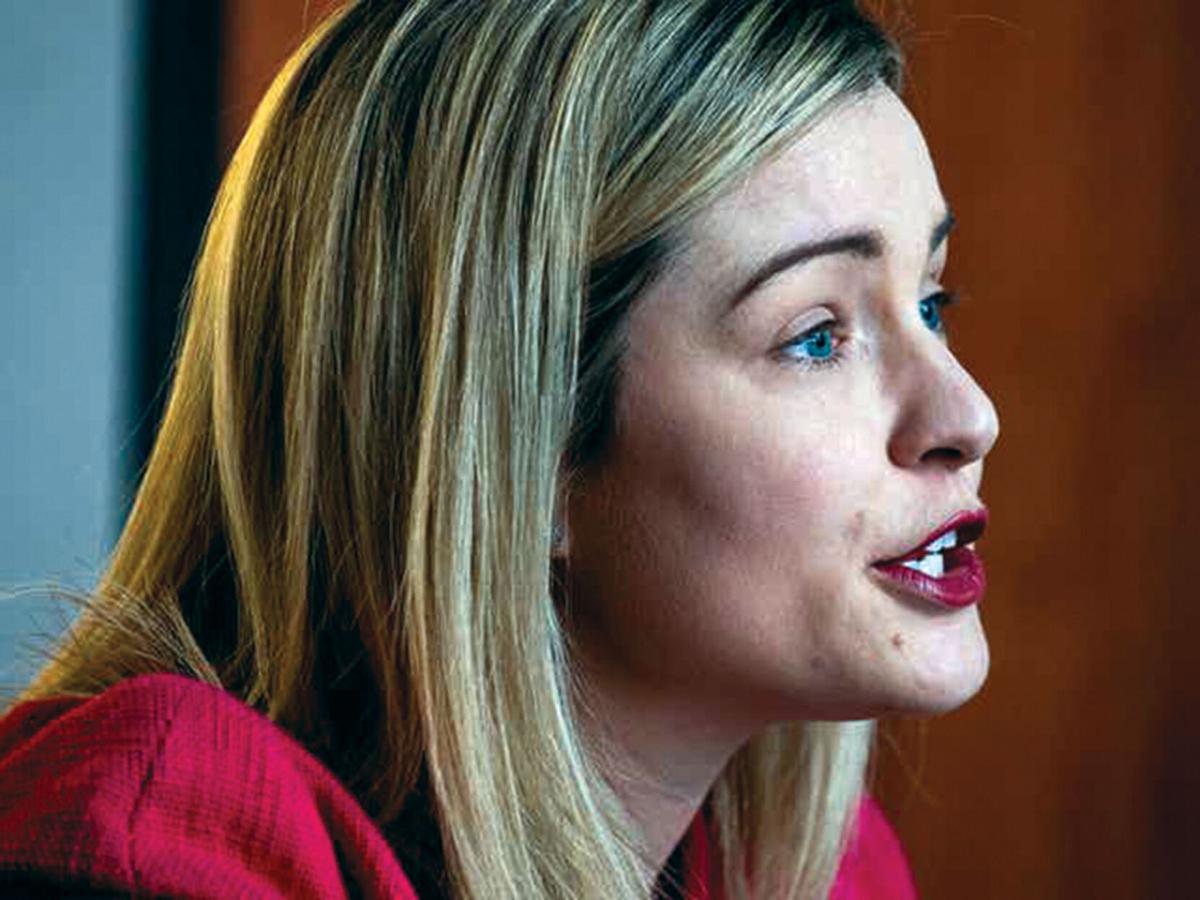 Alabama’s Republican candidates for the Senate in 2022 are uniform in their position against mandates during the pandemic, joining conservatives nationwide in a battle of mask-wearing requirements that appears to be split down partisan lines.

But among the four candidates, it’s former Business Council of Alabama president and CEO Katie Britt’s position on the issue that is drawing some criticism, with an official with the Alabama Democratic Party saying it was something “she doesn’t believe.”

Britt’s campaign, however, is pointing to her oversight during a “Keep Alabama Open” campaign on behalf of the state’s businesses last year while she was serving in her BCA role.

Britt, who served as former Senator Richard Shelby’s chief of staff from 2016-2018, tweeted on Wednesday that it was “unacceptable” for any form of a mask mandate returning to Alabama. Her tweet was in response to a Montgomery Advertiser article about the Alabama Department of Public Health Department’s position that all students and staff should wear masks in classrooms because of the surge in COVID-19 cases. Alabama had the highest infection positivity rate in the country last week.

“From learning loss to the negative effects related to mental illness, abuse and neglect, Alabama’s children have already suffered far too much as a result of the pandemic,” Britt tweeted. “I’m against any form of mask mandate returning to our state.”

She continued in a follow-up tweet, “Freedom is the solution, not the problem. And what the CDC has not recommended in another reversal – calling on vaccinated Americans to wear masks indoors again – is just another disincentive to getting ore people vaccinated. This is counterproductive and should be rejected.”

Britt, in a statement Saturday to AL.com, said she chose to get vaccinated and is encourage others to do so in consultation with their primary care physician.

“However, that should be a decision made with informed consent, not forced by a governmental mandate,” she said. “Our country’s principles have been tested during the pandemic, and we must hold strong when it comes to preserving individual liberties. We must protect our right to work, the right of businesses to operate, and the right of our kids to attend school in person.”

She added, “I’m firmly against any lockdowns, school closures or mandates – no matter what level of government they’re coming from.”

Britt’s comments drew criticism from Wade Perry, executive director with the Alabama Democratic Party, who compared her candidacy with former Republican U.S. Senator Luther Strange. In 2017, Strange was viewed as the more moderate and pro-business candidate but who lost the GOP’s runoff election to former Alabama Supreme Court Chief Justice Roy Moore, who would eventually lose the general election to Democrat Doug Jones.

“She is Luther Strange 2.0,” said Perry. “She is saying stuff she doesn’t believe and voters know the difference. She’s smarter than this.”

‘Left in the past’

Britt’s comments followed recent statements by U.S. Rep. Mo Brooks, R- Huntsville, who criticized a decision by the commanding officer at Fort Rucker requiring soldiers and civilians to wear masks unless they can show proof of vaccination against COVID-19.

“For more than a year, I have argued that in a land of liberty and freedom, citizens have the right to choose whether to wear a mask or be vaccinated,” said Brooks. “I am pleased Katie Britt has finally joined our effort.”

Britt’s backing of the “Keep Alabama Open” campaign occurred last fall and was in opposition to a one-size-fits-all mandate by the federal government.

Brooks said his daughter, Chelsie Lee, is leading an effort aimed at stopping Huntsville City Schools from instituting a mask mandate. The school board, last Monday, voted a requirement that everyone over age 2 will have to wear a face mask indoors.

Said Brooks, “Chelsie is doing what citizens should do about government conduct they disagree with: Get engaged in the public debate! This is what makes our Republic great.”

Other school districts followed suit with similar mandates last week, including those in conservative areas of the state. The largest school district to authorize a mask mandate was in Baldwin County, which will require everyone in grades 2 and above to wear face masks while indoors.

Birmingham, Bessemer and Opelika school systems are also among those requiring masks while students and employees are indoors. The Alabama Department of Education is leaving the masking decisions up to individual school districts.

Two other Senate candidates believe the decisions on masking should not be made by a governmental entity.

Lynda Blanchard, a former ambassador to Slovenia under former President Donald Trump, said that mask mandates need to be left behind.

“Mask mandates, economic shutdowns and other Chicken Little reactions must be abandoned and left in the past,” Blanchard said. “At this point, Alabamians and the rest of our nation’s citizens are fully educated on COVID-19, its spread and how to best avoid contacting it. They should be allowed to make their own health decisions, and their children’s, as well.”

Prattville businesswoman Jessica Taylor called the mandate “asinine” and called on conservatives to push back.

She said it “gets right to the heart of why Americans are fed up with radical liberals and their push to control every aspect of our lives through government. With zero scientific justification, liberals are seeking to punish our children with no basis in fact.”

But pediatricians and other health officials are pleading with school systems to consider a masking requiring as students return to the classroom this month.

The American Academy of Pediatrics released guidance recommending anyone over the age of 2 to wear masks, including those who are fully vaccinated.

The pleas come at a time when the more contagious Delta variant of the virus spreads through the South, including Alabama where all 67 counties are considered at high risk for the spread of the virus. Though vaccinations rose last month, Alabama’s overall vaccination rate is the worst in the nation at 34.4%.

Dr. Michael Saag, a professor of medicine in the Division of Infectious Diseases at the University of Alabama at Birmingham, said during an interview on MSNBC’s “Morning Joe” Monday that 27 children are hospitalized in Birmingham with COVID-19. He said there are “five to six” who are in the ICU.

Children under age 12 are not yet authorized to take a COVID-19 vaccine.

Saag said to send children to school without masks is “like sending kids out to a car without a car seat.”

He said, “We need to find a way to protect kids. We need to have protections now.”

The GOP Senate Republicans are following what Republican leaders in the U.S. are saying about the latest round of mask mandates and recommendations. Florida Gov. Ron DeSantis signed an executive order last week that makes mask wearing optional, not mandatory, in schools this fall.

Saag said he believes DeSantis has “future political aspirations” and that’s why he authorized an optional mask order.

“I think it’s governance malpractice,” said Saag. “Why take that away? There is no public health (reason to do so).”