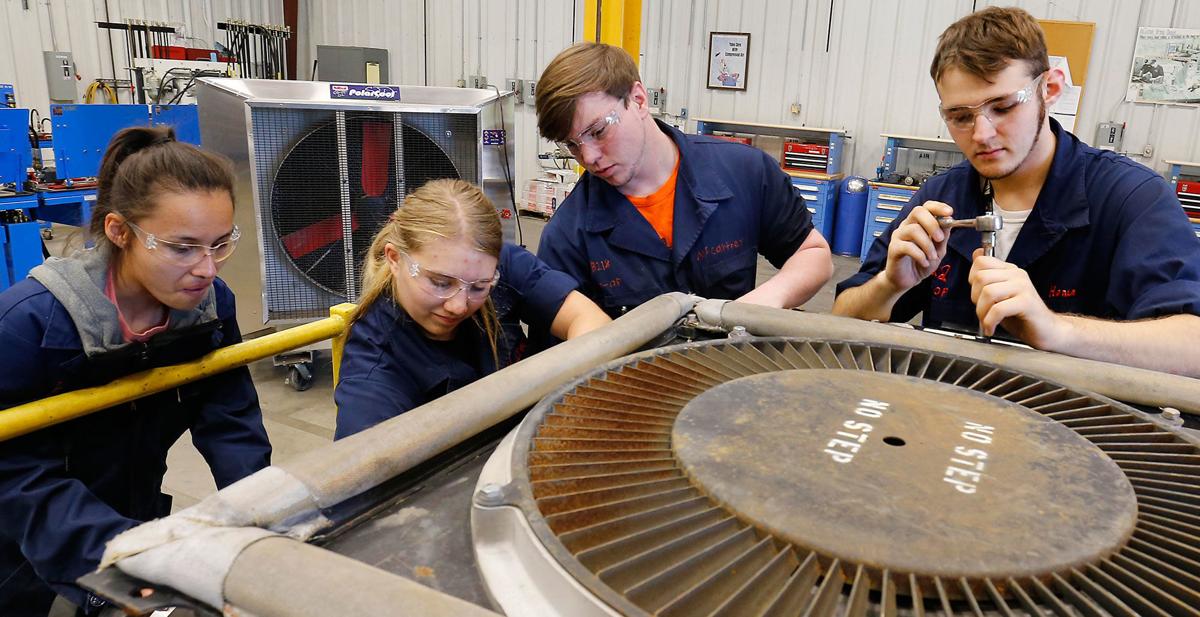 As part of the Anniston Army Depot Pathways Program, an education-to-workplace cooperative effort, area high school students work on a 1790 engine for an M88 recovery vehicle at the depot. 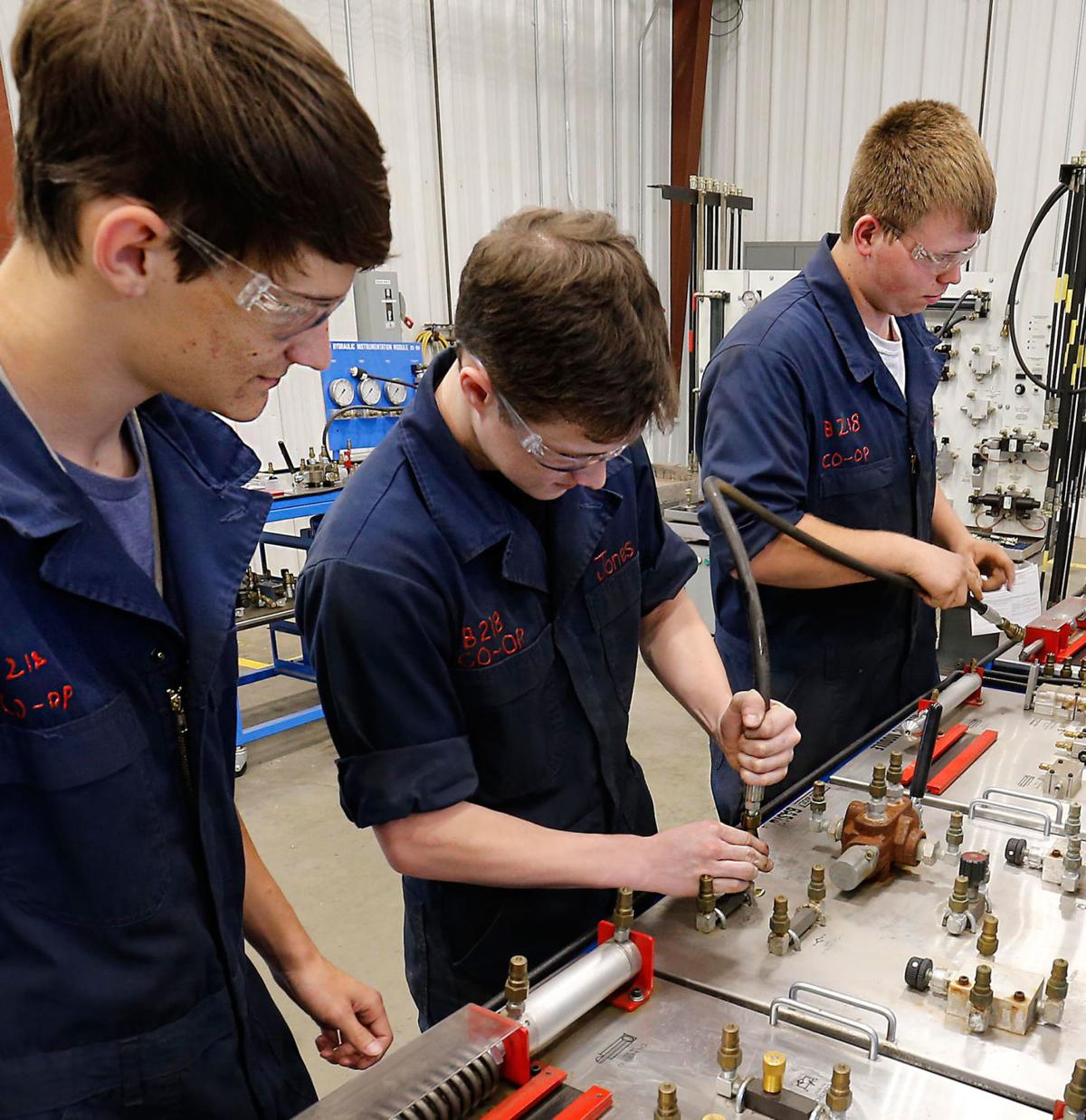 Many high school students spend eight hours in a classroom every day, but Baylee Graham only spends half that before going to work for almost $13 an hour.

“It’s nice not having to ask my parents for money,” Graham said.

Graham took part in Anniston Army Depot’s Pathways Program during his senior year at Ohatchee High School. He is now preparing to enter the college portion of the program where he will earn his associate degree in electronics while continuing to work at the depot.

The program offers high school juniors the opportunity to apply to work part time while finishing their senior year. Graham is one of 19 local high-schoolers in the program this year. Next year, with the depot’s labor needs rising, that number will grow to 40. Depot leaders say the program is one of several ways the installation tries to stay ahead of its need for workers, and also helps young people entering adulthood and the workforce.

“We get to shape and mentor these students and condition them from the standpoints of Anniston Army Depot’s mission” said Thyris Banks, chief depot operations office, which Pathways Program falls under.

According to Marilyn Futrell, Pathways program specialist, the program has positions in welding, mechanics, machining, electronics and hydraulics.

With local unemployment at 4 percent, the Army installation has had trouble finding people to fill all the jobs it has available. The depot has undergone a hiring surge in the past few months, but positions in welding and other fields have been hard to fill in part because too few newly trained workers are entering those fields.

For all positions, students apply through USAJOBS.gov, the federal employment website, before Futrell rids the applications of identifying information and sends them to a selection committee.

Banks said the students who participate in the program go to school in the morning, then to the depot for on-the-job training in the afternoon. Graham liked that he could work while still playing football and baseball and seeing his friends.

In addition to making money in high school and likely obtaining full-time employment after, students work in what Graham called a fun environment.

After high school graduation, most move forward to the technical college portion of the program. Students continue to work part time while taking classes at Gadsden State to earn their associates degree or certification in their program. After that, Banks said, the goal is to bring them on full-time.

Graham will move to the college part of the program after his high school graduation Thursday week.

“After being in school for so long, I knew I didn’t want to go to college for a full four years,” Graham said.

For the upcoming year, the depot has selected 40 students for the program. Based on its determined need, the depot chose 20 students for mechanics, 12 for electronics and eight for welding.

Banks said the main driver in determining how many students to choose for each position is the anticipated workload over the next couple of years, when students will complete the program. The work mission is volatile, he said, because it has several contributing factors, including whether the country is at war.

Futrell said mechanics is the field with consistently the highest number of recruits, but the rest vary depending on the current mission.

The program has won praise from others working to connect young people to industrial careers.

“The Pathways Program is such a needed program to help fill that workforce pipeline,” Lisa Morales, director at East AlabamaWorks, the local office of a state government initiative to guide workers into training and careers.

East AlabamaWorks “helps connect business and industry to help meet their workforce needs,” according to Morales.

Kevin Lockridge, career technical director at Calhoun County Schools, is also familiar with the depot’s program as some of his best students leave the academy to spend their senior year there.

“In general, it’s a unique time in Alabama for the workforce,” Lockridge said.

Lockridge said this is in part because unemployment is low as a whole, but also due to the growth of the automotive industry in Alabama.

While the Pathways Program is specific to the depot, Morales thinks it could benefit other industries and companies.

“Their program certainly is one that can serve for a model for a lot of people,” Morales said. “They’re looking to train their future workforce.”