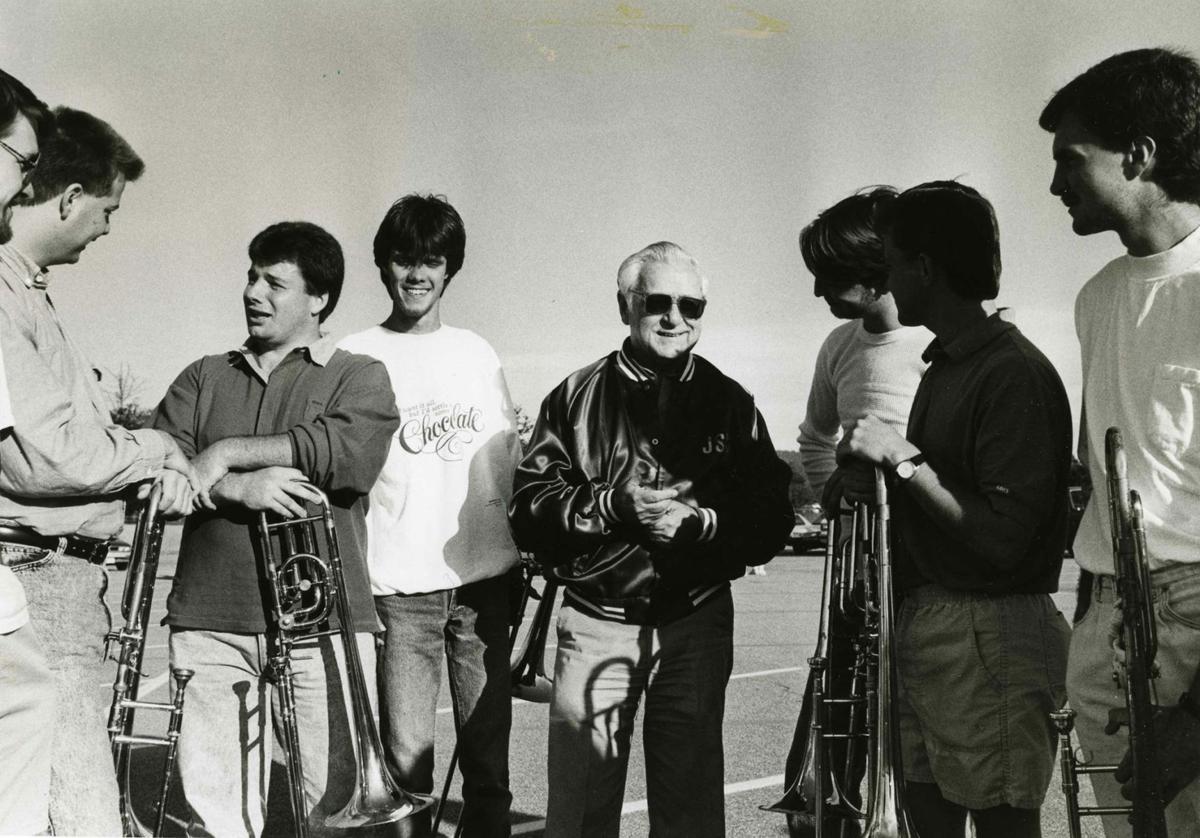 David Walters, at center, in an undated file photo from a Jacksonville State band rehearsal. 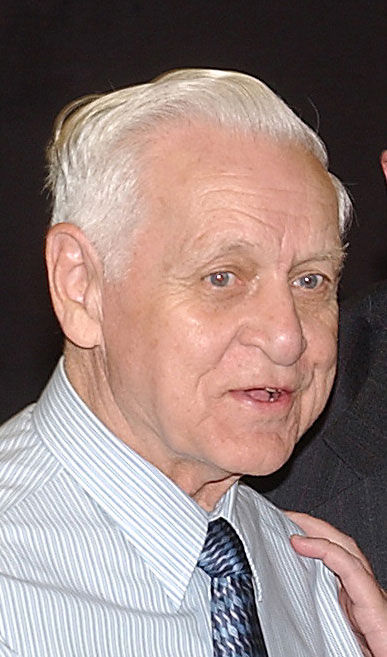 David Walters is congratulated as Jacksonville State names its music department in his honor in 2004.

David Walters, the Jacksonville State University band director of 30 years for whom the school’s music department is named, died Wednesday afternoon. He was 92.

Ken Bodiford, JSU’s current band director, confirmed the death of the man he learned from as a student on campus through the 1980s. He said that Walters’ health had been declining since the summertime, when he suffered two heart attacks. He was surrounded by family at St. Vincent’s Hospital in Birmingham on Wednesday, Bodiford said.

For the past two weeks at the hospital, Bodiford had been making daily visits to his lifelong mentor.

“A lot of time we ended up talking about the Marching Southerners,” Bodiford said over the phone Wednesday. “He loved that band with all his heart.”

Walters is credited for bringing the program to its current national prominence. An Ohio native, he joked he was the only northerner in the Southerners upon his arrival to Jacksonville in 1961 after years as a high school band director. He retired from JSU in 1991.

By the time Bodiford became the Southerners’ director in 1994, Walters was “a second dad” to him. Bodiford was 21, a drum major heading into the football season when his own father died.

“At that point, we grew closer and closer,” he said of Walters.

Bodiford said he models his calm, reassuring teaching style after Walters. As does Gene Inglis, Saks High School’s band director of 13 years, who was a student of Walters’ when he started school at JSU in 1969.

Inglis didn’t know how to read music out of high school. He just enjoyed banging the drums.

So Walters did. And Inglis found his life’s calling.

“He’s with me daily,” Inglis said when asked how Walters inspired him as a teacher. “The way you keep your door open, you listen to kids, you let them know you care and also let them know you have an expectation for them.”

Walters didn’t have to yell to make his expectations known, his students recalled. There was, they said, something about him that made them feel guilty about ever letting him down.

“It was something about his demeanor,” said Homer Smith, 67, a drum major for Walters from 1967-69. “He gave all of us an opportunity to have leadership roles, and he trusted us enough to do it. And if anything went wrong, he took the blame, and you didn’t want him to. If it went good, he’d give us the credit.”

Said Inglis: “You did all you could for him. I mean, people just loved him. It’s hard to put into words.”

He was loved even by a rival.

“He was a great friend, one of the nicest guys I ever knew,” said John Long, 90, the longtime director of the Sound of the South at what was then Troy State University.

Walters’ death comes six months after the death of John Finley, who founded the Marching Southerners in 1956.

Band members in later years got to know Walters; Bodiford had invited his mentor to speak at the start of camp every August until this past summer, when Walters’ health limited his ability to stay as close to the program as he always did.

Walters is survived by his wife, Jeannie, who still resides in Jacksonville, and his three children.