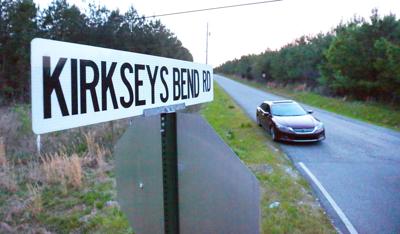 An infant and her father are dead after a murder-suicide in Ohatchee that took place Sunday afternoon, Calhoun County Sheriff Matthew Wade said.

Trenton Gordon, 23, of Anniston shot his six-month-old daughter and himself after a domestic dispute at a home in the 2000 block of Kirksey's Bend Road around 1 p.m., Wade said.

"It's a sad thing that can't be undone," Wade said.

Wade said law enforcement officials had received calls earlier in the weekend about  domestic disputes between Gordon and the mother of Gordon’s child. Gordon and the woman weren't married, but, Wade said, Gordon “had possession of the child” at the time of those disputes.

Wade said that around 1 p.m. Sunday, Gordon went to the home at Kirksey Road, where Gordon shot the grandfather of his child's mother. Gordon then carried his six-month-old daughter to the end of the driveway, shot his daughter in the head and shot himself in the head, the sheriff said.

"I don't understand it," Wade said. "If he's going to kill himself, then he should just kill himself. Why would he kill a child?"

A Facebook page for Gordon includes a photo of Gordon posing with a gun, as well as photos of two young children. Just before 1 p.m. Sunday, Gordon posted: "This will be the last day I live I love everyone in my life."