Calhoun County Sheriff Matthew Wade answers questions at the jail about a jailer charged over having sex with an inmate. (Stephen Gross/The Anniston Star) 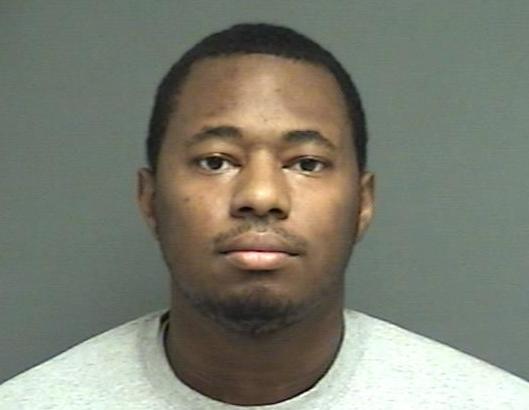 A jailer for the Calhoun County Sheriff’s Office was arrested Friday on charges of sexual misconduct with an inmate, the sheriff announced Monday – the second such arrest at the jail in a week.

“July has not been a really good month for me,” Sheriff Matthew Wade said at a news conference at the jail.

At the press conference, Wade announced the arrest of Justin Avery Stamps, 22, a former Anniston City Jail employee who became part of Wade’s jail staff in June, when the city and county jails merged.

Wade said that beginning in May, Stamps had a sexual relationship with a woman in the jail – someone Stamps knew “on the street” before she was incarcerated, according to Wade.

Under state law, it’s a felony for a jail or prison employee to have sex with an inmate, because inmates aren’t considered able to consent.

Last week, another jailer, Charles James, was arrested on the same charge. After that arrest, Wade said, deputies looked for other illicit relationships at the jail – an investigation that included a look at phone records.

That investigation turned up 125 calls between the inmate and Stamps, Wade said. Because the calls were on a jail telephone, they were recorded, Wade said.

“He and her were very descriptive of their activities,” Wade said.

Wade said investigators also found that Stamps had “put money on her books” – paid into the inmate’s in-jail account, which can be used to buy snacks, telephone time and other items.

"To get good men and women to apply it's got to be a decent wage," Wade said. He said many jail staffers are paid $10 per hour, with some making $12.66 per hour.

The arrest comes as the jail hits a historic peak in overcrowding, with 662 inmates in county custody, according to Wade. That’s the highest number ever recorded in the county, Wade said.

The county in June took over operation of the city of Anniston’s jail, using it as a women-only facility to accommodate a growing number of female inmates. The move was expected to provide some temporary relief from the overcrowding problem, but the county has faced several setbacks since the merger.

In addition to the two sexual misconduct arrests, the jail on July 18 reported the death of an inmate, Brett Verdun Taylor. Wade has said Taylor, who was arrested on a public intoxication charge and tested positive for drugs, may have died of an overdose. Toxicology reports may not be available for months.

Wade said that in addition to the two arrested jailers, another jailer was fired last week in an unrelated, non-criminal matter, and two other jail employees quit.

That leaves the county with 25 jail employees. Typically five or six are at work in the jail at any given time.

Wade said Stamps was released from the jail Friday on bond. The inmate who was in the relationship with Stamps remains in the jail, he said.