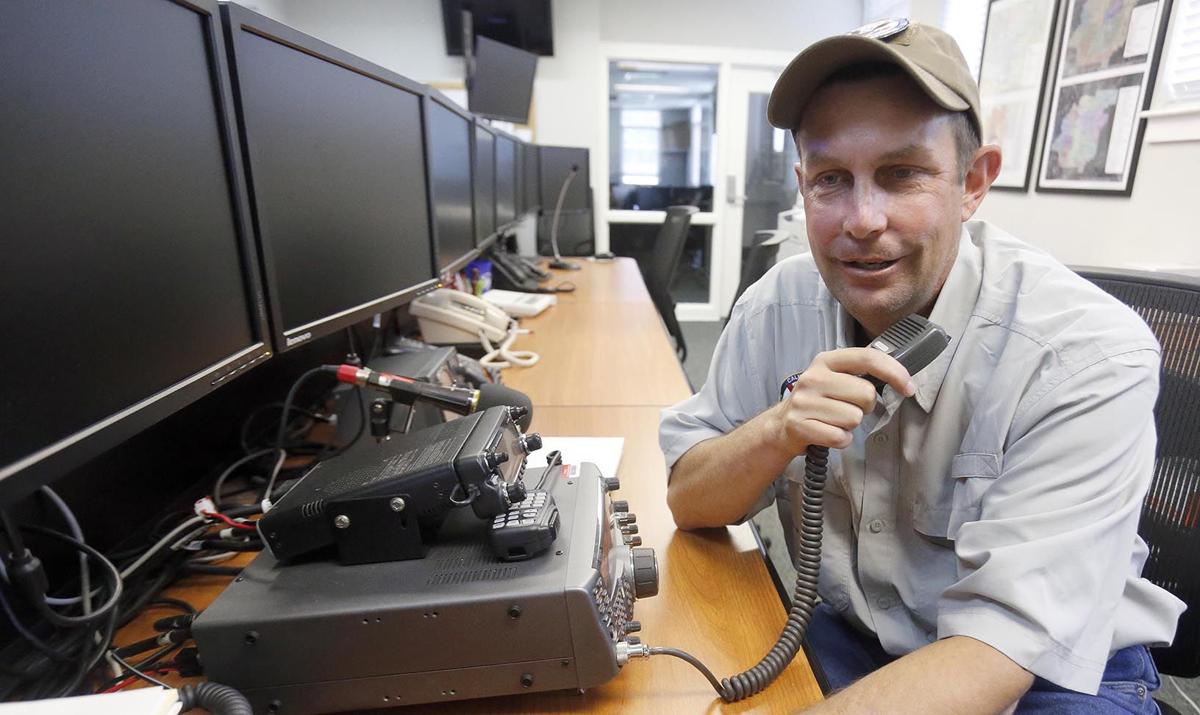 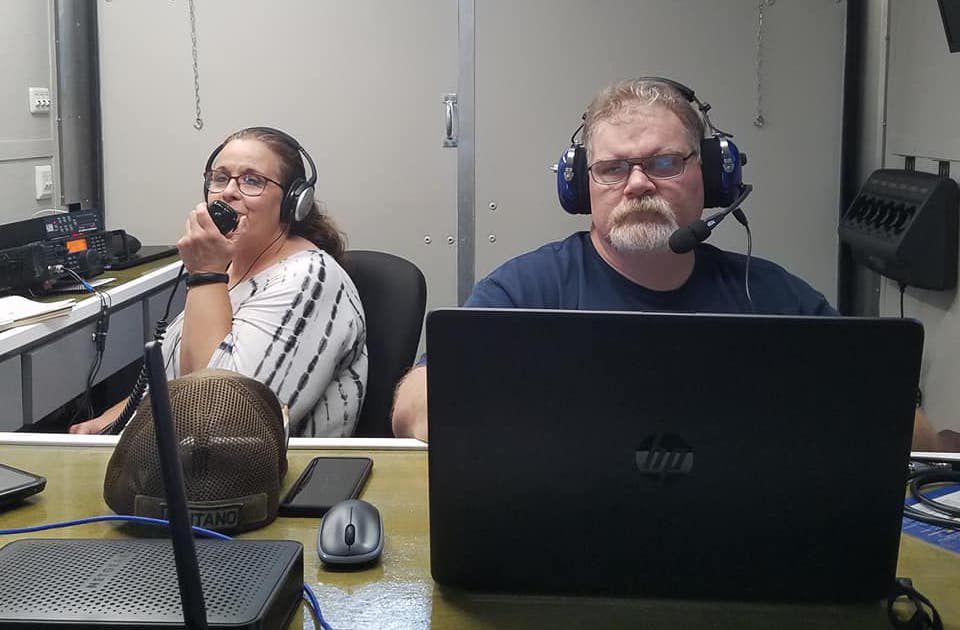 Members of the Calhoun County Amateur Radio Emergency Service and the Radio Amateur Civil Emergency Services work during a 12-hour simulated emergency test in September 2019. The teams scored highest of all counties in the nation during the evaluation, the county Emergency Management Agency announced Monday. (Buddy Lique/submitted photo)

Members of the Calhoun County Amateur Radio Emergency Service and the Radio Amateur Civil Emergency Services work during a 12-hour simulated emergency test in September 2019. The teams scored highest of all counties in the nation during the evaluation, the county Emergency Management Agency announced Monday. (Buddy Lique/submitted photo)

The teams — the Amateur Radio Emergency Service and the Radio Amateur Civil Emergency Services — are comprised of around 30 volunteers, each an FCC-certified ham radio operator. On a good day, they may set up radio stations along the route of the Cheaha Challenge, where uneven terrain between Jacksonville and Mount Cheaha makes typical communications tech falter, and call for medical aid if someone is injured. When the county is threatened by an emergency — severe weather, most often — the teams are activated alongside the EMA, police, fire and other agencies to ensure smooth communications. Sometimes they work to manage information traffic and keep first responder channels clear. In worst-case scenarios, they’re ready to stand in when all other forms of communication fail, owing to the resiliency of ham radio.

“We’re mostly running off of battery power and solar panels,” said Buddy Lique (pronounced “La kwee”), who leads both teams. “We can go on as long as the batteries last and the sun shines and we have an atmosphere.”

The groups participated in a simulated emergency test administered in September by the Amateur Radio Relay League, a national radio organization based in Connecticut. The teams usually score about 1,000 points, Lique said, but in September they turned out 3,835 points for ARES activity, the most of any county in the nation, according to the most recent issue of league publication “QST.” Alabama also led nationally in the tests, with the 10 participating counties scoring a total of 13,876 points — about 10,000 more than the 13 counties of Ohio, the runner up.

Calhoun County’s radio operators set up stations at four hospitals in Calhoun and Etowah counties, as well as a central operating station at Choccolocco Park in Oxford, for the 12-hour test.

They were evaluated on their ability to transmit messages from the hospitals to the Alabama Department of Public Health, scoring points for each message, as well as other details like their membership numbers, the experience levels of those members and how many agencies they work with, including police, fire and EMS, among dozens of others. The operators also picked up a few points for using technology that allows “digital modes” of communication over the airwaves to send email via ham radio.

“We’ve never been closer to the top; Jefferson county usually tops the list,” Lique said by phone Monday. “We looked at a few ways to expand on some of the things we were doing. Traditionally we’ve done two- to three-hour drills, and we looked up in that scope a little bit to improve our score.”

Lique said the teams participated in the test to show their reliability and capability to local agencies.

“We want to show them what we can do, and some of the technology that’s become available,” he said.

Michael Barton, director of the county EMA, said the performance provides a high watermark for the emergency group’s skills and talents, and that their reliability — both as people and as radio operators — could be a source of pride and comfort for county residents.

Becoming a licensed amateur radio operator is something anyone can do, Lique was quoted as saying in a press release announcing the evaluation results. Anyone interested in learning more can email him at BuddyL91@gmail.com or visit www.calhounema.org for more information.