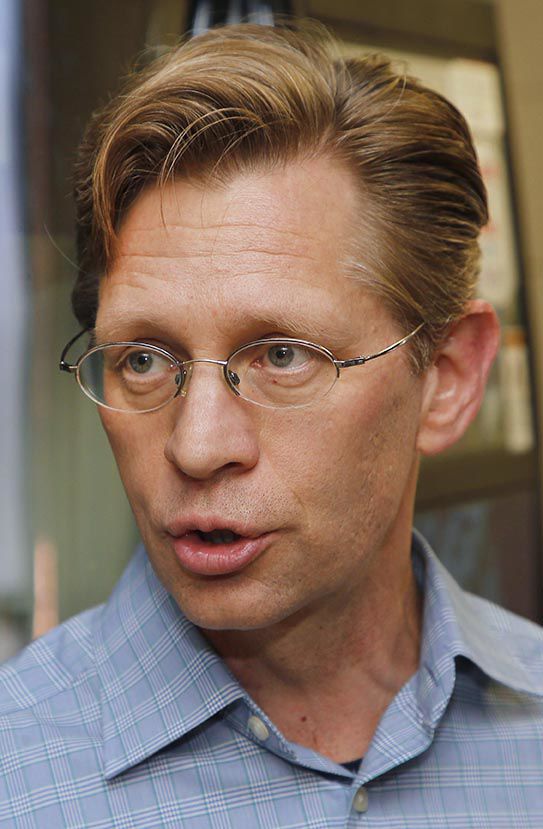 Schools across Alabama will return to in-person classes in the fall, state school Superintendent Eric Mackey said Friday, with a remote-learning option for parents who aren't comfortable with their kids attending due to COVID-19.

In a live-streamed press conference Friday morning, Mackey said the state is urging school districts to push back their early-August start dates. He said school districts will have some leeway in how they impose social distancing rules, and he said he expects the return to school to be challenging everywhere.

“This is indeed going to be the most difficult school year we have ever faced,” Mackey said.

Mackey on Friday released the state’s guidelines for reopening schools, which have been closed, or open only for online learning, since the first cases of COVID-19 appeared in the state in March. Local school administrators had been awaiting that guidance so they can finalize plans for the coming school year, which begins in about six weeks for some school systems.

Mackey said he expects schools across the state to open for in-person classes. He said districts will offer remote learning, citing polls that show that 15 percent of the state's parents want to keep their children home. Many of those children, Mackey said, have underlying conditions.

Many of the particulars of reopening, Mackey said, will be left up to individual districts.

School systems in Calhoun County have already begun discussing reopening plans. Anniston school board members have talked about possibly pushing back the opening date for the school year, with a curriculum done partly online and partly in-person, to allow students to be in school in shifts. Jacksonville has floated the idea of allowing both in-person and online classes, with a “blended” approach for all if the public health situation demands it. No school system has released a finalized plan, largely because administrators were waiting for instruction from the state.

Still, there was little detail in the guidance released Friday. Mackey said the state’s guidance was divided into sections, including “essential” items schools are required to do by law or public order. Those rules were few. Among them:

— Kids who fall ill at school will be placed in a quarantine area with a face covering until they can be picked up by a parent.

Most of the state’s new guidelines, though, are optional. Mackey said schools will have leeway to devise their own reopening plans. Attempts to reach administrators in most of Calhoun County’s school systems were unsuccessful Friday, but it’s clear that in most systems that planning is just beginning in earnest.

“We’ve got to sit and brainstorm and find something that works,” said Ashley Alexander, director of the child nutrition program for Anniston City Schools.

School lunchrooms, where multiple classes come together in single room, have long been a problem area for post-pandemic school planning. Alexander said options include feeding kids in the classroom — where desks would presumably be set six feet apart — or bringing students into cafeterias in multiple shifts with fewer kids in each shift.

So far, though, planners haven’t gotten into the details, she said.

“Until I hear from Dr. Hill and the principals, and know what they want, it’s hard to make a plan,” Alexander said.

‘Do what you can do’

Alexander said she wondered how some schools could possibly address some of the needs of social distancing, such as placing desks at a six-foot distance.

In the press conference, Mackey said school officials are aware that it’s likely some schools won’t be able to meet those requirements. Some classrooms have crescent-shaped tables. He said that’s one reason the state is allowing districts flexibility in addressing coronavirus.

“We’re asking them to look at the very best, most optimal thing possible and do what you can do,” he said.

School officials have been particularly concerned about school buses, where kids spend time in close contact. State administrators seem to have discussed buses in detail — Mackey noted at one point that most students touch the handrail when boarding the bus — but again, the state had few hard-and-fast rules for operating buses.

Mackey said one solution is to have parents keep their kids off the bus if they show new symptoms.

“The screening process needs to begin at home,” he said.

The new guidance comes as coronavirus seems to be surging in Alabama, with 900 new cases reported statewide Friday morning and three new cases in Calhoun County. By Friday morning, 33,717 people in Alabama had been diagnosed with COVID-19. More than a quarter of those new cases emerged in the past two weeks.

Most of the state’s businesses had reopened by the beginning of June, and schools remain the one major institution that hasn’t returned to daily, in-person activity. State health officer Scott Harris, who spoke at the press conference, said planning for a school year that begins more than a month from now will be challenging.

“Some of us are not sure what life will look like in one week in Alabama,” Harris said.

School athletics has been coming back to life in June, with football teams beginning to hold practice. But Saks High School on Thursday night shut down its summer workouts for two weeks after a player tested positive for coronavirus, according to an email Principal Jody Whaley sent to parents.

Mackey said he expected to see school football in the fall and he said he was in contact multiple times per week with officials of the Alabama High School Athletics Association. He said some aspects of the game will clearly change, including who’s allowed on the sidelines at games.

The Alabama Education Association on Thursday released a list of 24 “expectations” the group had for Mackey’s plan, most of them dealing with teacher safety issues. After the plan was released on Friday, the group sent a shorter message saying the plan wasn’t “a statewide mandate” on reopening schools.

“It's pretty much what we thought would happen,” said Angela Morgan, the group’s local representative. “They're going to leave a lot of decision-making up to the districts.”

Morgan said the local approach made some sense because coronavirus “hot spots” might need a different approach than other parts of the state.

Morgan said she had yet to see a plan from any local system for the coming school year. She said she expected a lot of activity from local districts in weeks to come.