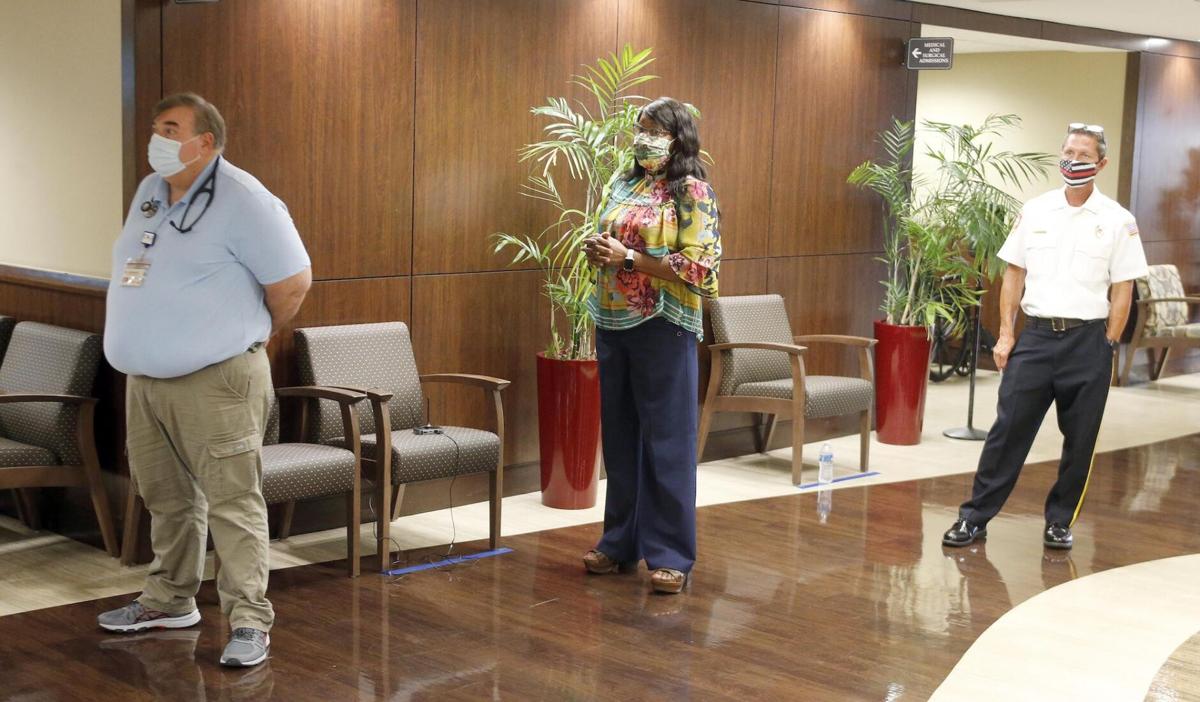 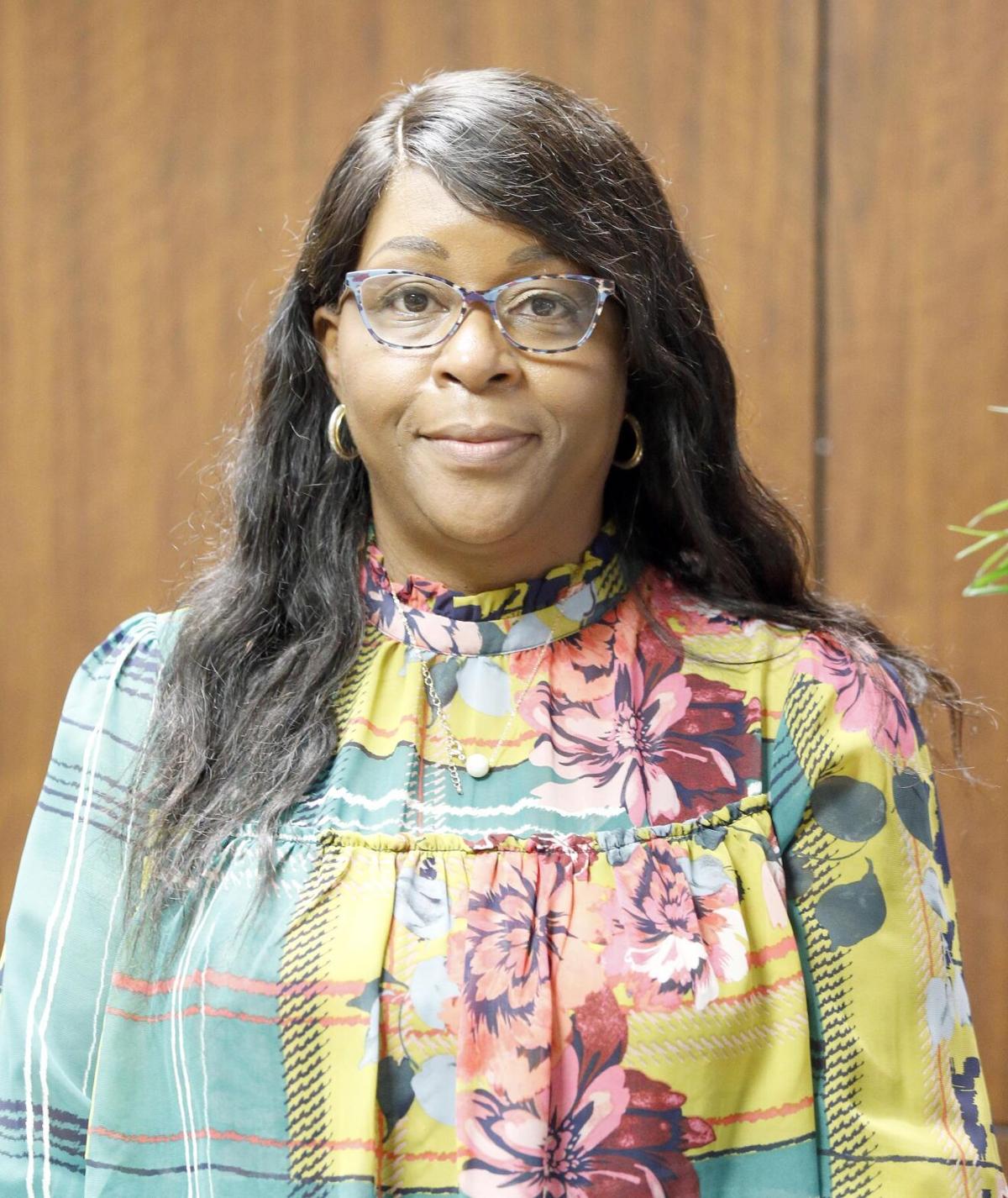 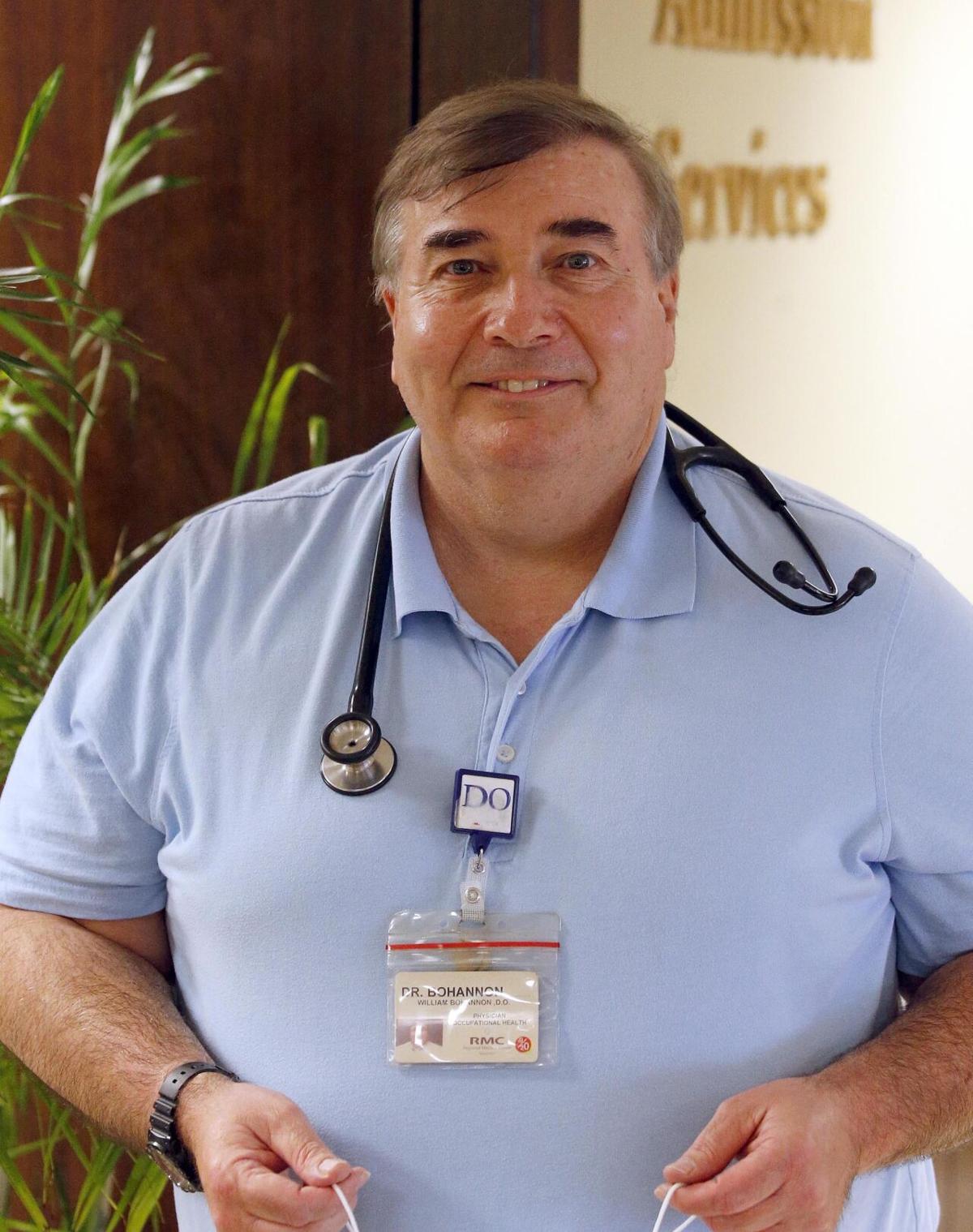 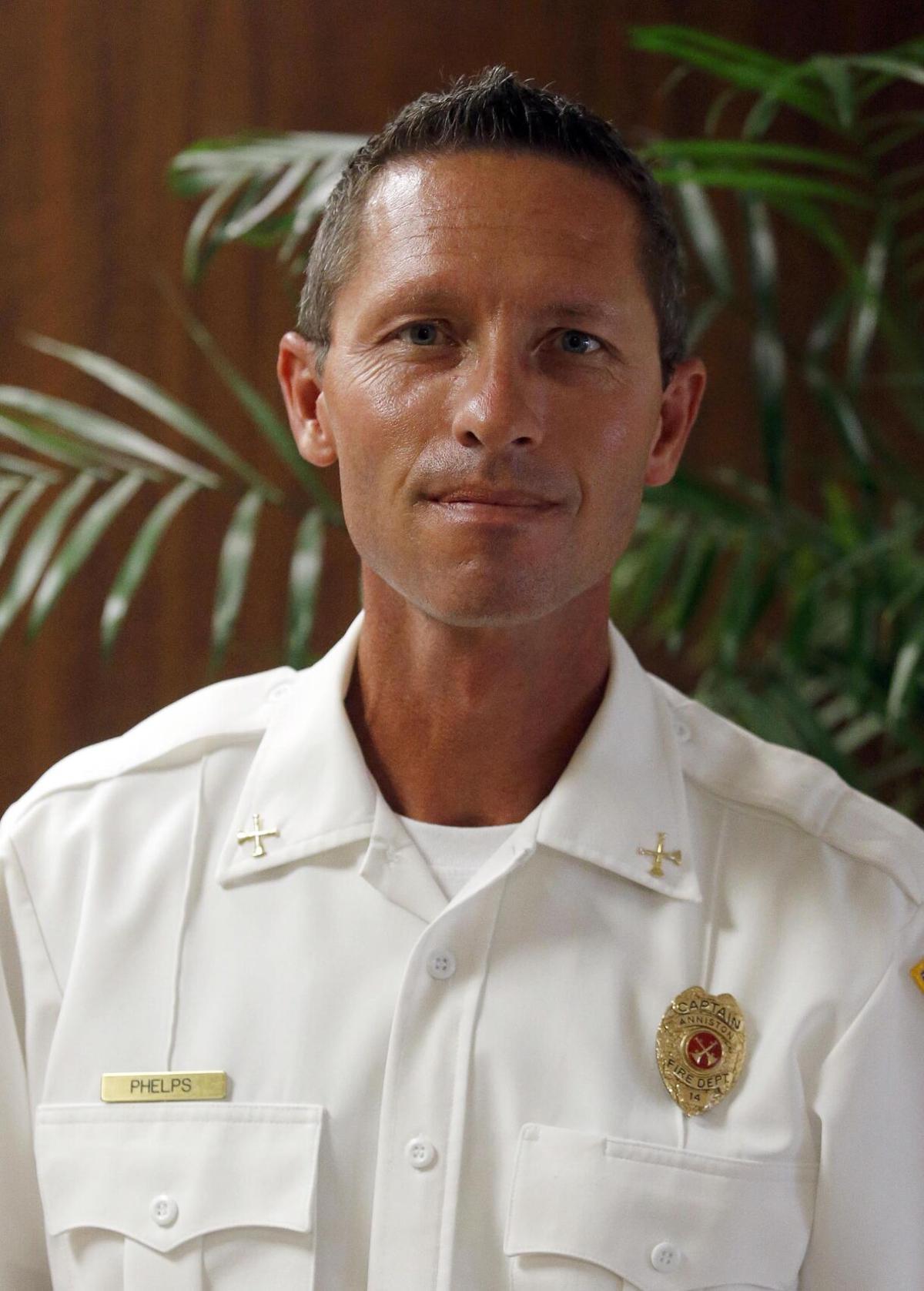 More than a month has passed since Etowah County resident Ruth Moffatt was diagnosed with COVID-19. She’s recovered, according to the doctors, but there’s still a tightness in her chest, a struggle to multi-task in the clear-minded way she did before.

And there’s still the memory of her anxiety about what might happen to her family. First her grown son felt sick. Soon 11 members of her family had the disease.

“I used to be a borderline germaphobe,” she said. “Now I’m full-fledged.”

“I used to be a borderline germaphobe, now I’m full-fledged. ... I want to say, this virus is horrible.”

Moffatt was one of three COVID-19 survivors who met with local media outlets Monday at a press conference held by emergency management and hospital officials at Regional Medical Center in Anniston.

Local officials believe nine people in Calhoun County have died from COVID-19 in just the past week, said Michael Barton, the director of the Calhoun County Emergency Management Agency. That would bring the total number of deaths in the county to 30, though it may take the state days or weeks to confirm or deny each of the cases. By the Alabama Department of Public Health's official count, there were 18 deaths from coronavirus in Calhoun County as of Tuesday morning, part of the 1,781 in Alabama who have died since the pandemic began.

Local officials are worried that the meaning of those numbers is often lost on an audience now accustomed to climbing casualty counts. So they called on survivors of the illness to remind the public how serious it is.

“It knocked me out,” said Johnny Phelps, an Anniston firefighter who tested positive in July.

“It knocked me out. It was not a normal flu-type of event."

Phelps, 43, said he had no pre-existing conditions and had to be in good shape to be a firefighter. He said he lost 25 pounds while under quarantine, and his wife lost two weeks of work. He said even the less-severe cases of the illness can be difficult to handle.

“It was not a normal flu-type of event,” he said.

Dr. William Bohannan, a physician at RMC, was one of the first local people to catch the virus, testing positive in early May.

“The thing that surprised me the most about the condition was just how rapidly I felt horrible,” he said. “I went from one day feeling pretty good, after another couple of days it was just bone-weary exhaustion.”

“The thing that surprised me the most about the condition was just how rapidly I felt horrible. I went from one day feeling pretty good, after another couple of days it was just bone-weary exhaustion.”

In the past, RMC has offered occasional interviews with patients as they were leaving the hospital after being treated for COVID-19. It is not uncommon for patients, at least those who have been on a ventilator, to leave on a stretcher, in an ambulance bound for a rehab facility. Speakers at Monday’s conference had milder cases, though they said the illness still packed a wallop.

Moffatt said that more than a month after her July 5 diagnosis, she still feels like she has bronchitis. Some mornings she’ll wake up feeling like she’s fully recovered, only to be hit by fatigue after a couple of hours.

Moffatt, director of the local 211 community information service, said she took precautions such as washing her hands and wearing a mask. But when her grown son reported a stomach ailment, she didn’t suspect that coronavirus could be the cause. Soon she and her husband had the illness, and it would spread to eight others in her family.

“From the ages of 2 to the ages of fiftysomething, we were all affected,” she said. “And thank God we did not have to be admitted to the hospital, but we were all down for a minute. I want to say, this virus is horrible.”

Dr. Almena Free, a physician at RMC, warned that even young people can see serious effects from the virus.

“We have seen, I kid you not, young people come in, come around the bend of the ER, breathing on nasal oxygen,” she said. “And 10 minutes later they’re on the ventilator, and in two to three days they’re dead.”

Free said it’s time for people to set up advanced directives to let doctors know what medical treatments they want if they wind up unconscious and on a ventilator. She said people should make plans for who will take care of their young children and pets if they fall ill.

There are signs — again, in the numbers — that the local situation is improving. The average daily number of new cases has leveled off in the county in the past week. Louis Bass, CEO of RMC, said there are now about 46 coronavirus patients in the hospital, a number that held steady over the weekend. At its peak, last week, the hospital housed 58.

The daily rate of new cases has also leveled off statewide in the past week, even as the total number of infected people in the state nears 100,000. A total of 1,819 people in Calhoun County had tested positive for the virus from the beginning of the pandemic up to Tuesday morning, when the most recent state numbers were released.

Nearly a month has passed since state health officials imposed a statewide order requiring most people to wear facemasks in public. That order followed a surge in cases, which many health officials attributed to socializing over the Independence Day holiday.

Joe Weaver, CEO of Stringfellow Hospital, said people should continue to be vigilant about wearing masks. Labor Day, he noted, is coming soon.

“We should certainly not allow our guard to come down,” he said. “We have another major holiday coming up, and we can’t afford to repeat what happened during the Fourth of July holiday.”