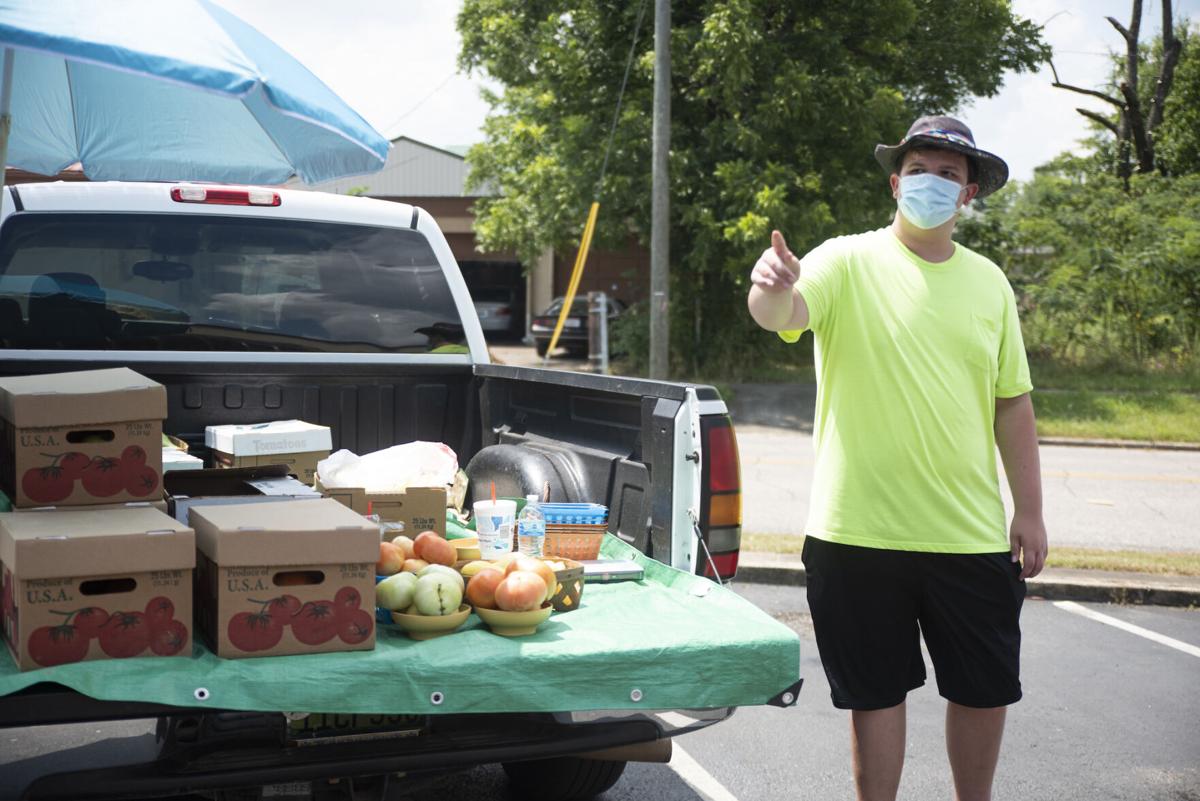 14 year old Wyatt selling fruit outside of the count admin building in Anniston. 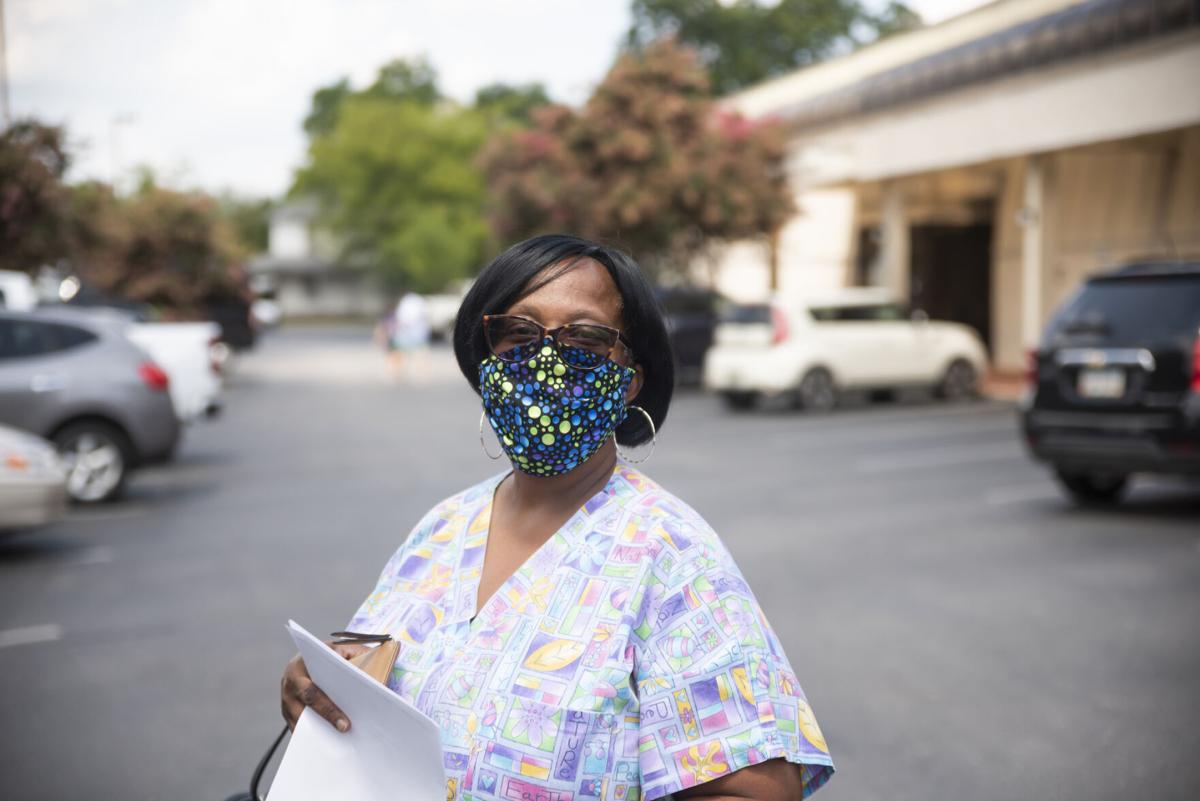 Darlene Lomax, outside of the County Administration building. 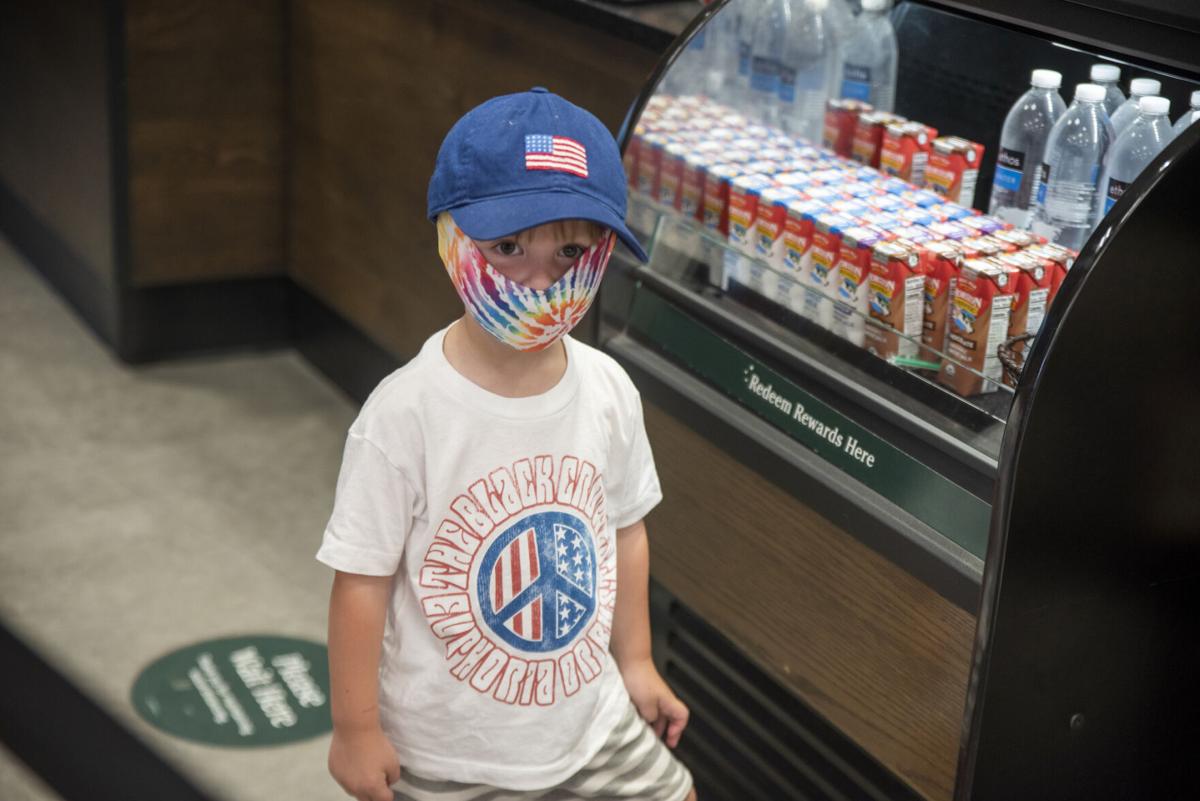 Wyatt West sees nearly everybody who goes in and out of the county administration building, and he's pretty sure more people are wearing masks this week.

How many more? It's hard to say.

"Some people, the second they leave the building, the mask comes off," said West, 14, who was selling vegetables in his family's fruit stand in the administration building parking lot Monday.

Gov. Kay Ivey on Thursday announced a statewide public health order requiring nearly everyone in Alabama to wear masks during most of their public interactions, to prevent the spread of coronavirus.

By Monday, the order seemed to have made a noticeable change on the streets of Calhoun County's cities, where bare-faced people now seem to be in the minority.

Don't look for hard numbers, though, to prove that. Like West at his vegetable stand, the state's health officials have only anecdotal evidence to go by.

"It all depends on observations in the local communities," said Dr. Karen Landers, an assistant state health officer who works out of the Walker County Health Department. Landers said she has seen more mask use in her area since the order went into effect, though she said there's no good way to measure compliance on a large scale.

Public health orders carry the force of law, and violators could technically face jail or a fine of $500. From the beginning, though, Ivey's order has relied more on the agenda-setting power of her office, with the governor herself saying she wouldn't ask police to go looking for mask scofflaws.

Sheriff Matthew Wade, in a Monday press conference, said his office had received some calls from people reporting their neighbors for not masking, a practice he compared to tattling.

"We need to not forget to be kind," he said.

Jacksonville police Chief Marcus Wood said his department has a protocol in place for reported violations of the mask order. Suspected violators can expect more than one warning before anyone faces a fine, though Wood said he wasn't aware of any police involvement yet.

"To use great discretion when dealing with people in reference to this order," he said.

The order had one clear effect: it was harder to find people who were maskless and also willing to talk about it.

"They only work for bacteria anyway, not viruses," said one Anniston resident who declined to give his name. Landers, the public health doctor, said the man's theory was not true and that masks do offer protection.

"I don't believe in the mask, because when we were born, our days are numbered," said Brenda Crook of Anniston. "You can suit up, you can mask up, or whatever up. When God is ready for you, you're going to die."

Landers, asked later about the days-are-numbered approach, said it's important to remember that cloth masks are really about the wearer protecting others. Sometimes, she said, it's hard to get that point across.

For many mask-wearers in Anniston and Oxford, though, it's clear the message is sinking in.

"I'm still seeing a lot of people running into gas stations and stuff, for little stops without a mask. I wish they wouldn't," said Robin Cofield, a therapist at Regional Medical Center who stopped into the county administration building, in mask, to renew her driver's license Monday.

Joe Skaggs wore a mask as he shopped at Target in Oxford. He said he was in the habit before the governor's order, largely because he has two stepsons with cystic fibrosis.

He said he wears the mask to protect others with health conditions, though he acknowledged that the practice made talking to people feel strange and impersonal.

"It's really weird because you can't tell if someone is scowling at you or smiling at you," he said.

Anniston resident Darlene Lomax, also wearing a mask in a visit to the county administration building, said she wished everyone would get on board with masks "so we can get through this and be done."

As of Monday, there have been more than 800 cases of the illness in Calhoun County, according to the Alabama Department of Public Health. The case count now doubles roughly every two weeks. Regional Medical Center officials on Monday announced that their two coronavirus units were full and a third one now opened, and they called for retired and former nurses to help staff the hospital.

Landers, the public health official, said she hopes the public is beginning to understand that the virus is a serious issue.