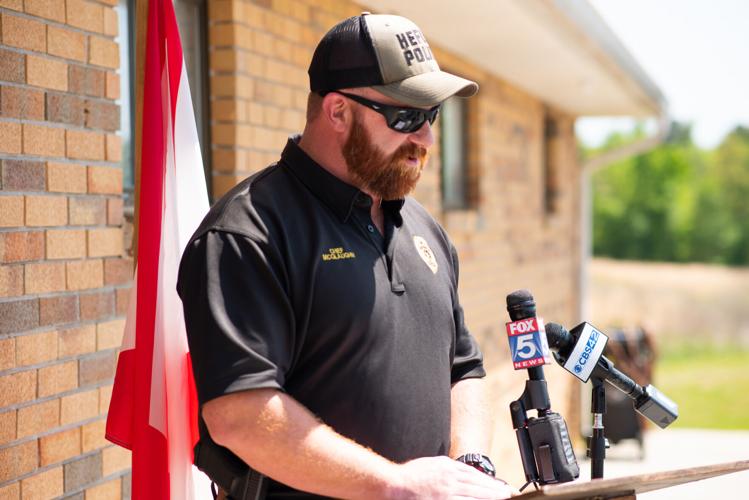 Heflin Police Chief Ross McGlaughn gives a statement to reporters at a news conference Wednesday regarding the identification of remains found in 1997. 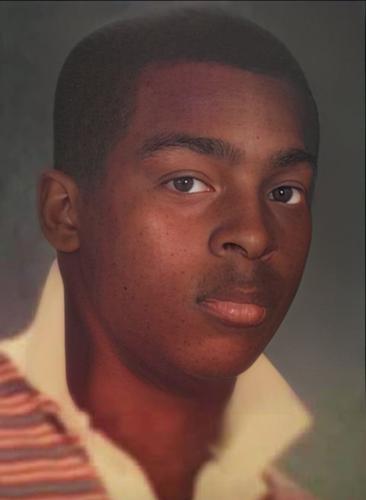 HEFLIN — Heflin Police announced today that the remains of a man who had been missing for more than 30 years have been identified.

Heflin police officials held a news conference Wednesday to announce they have positively identified remains that were found in 1997 as 18-year-old Hoover Jerome Morris — who was last seen in November 1991.

Last seen at his residence on Thomas Street in Heflin,  Morris left with a friend that evening never to be seen or heard from again, according to lead investigator Capt. Scott Bonner with HPD.

Morris’s remains were found in a remote part of Heflin off of county road 533 by a man who had been preparing his land to build a house. Bonner said that when the man found skeletal remains, he first thought they were those of a deer. However, upon police inspection, the remains were identified as human.

Covered in leaves and vegetation for six years, the remains were too degraded at the time they were found to be identified by DNA. Contemporary techniques in DNA identification recently made identification possible.

Heflin Police Chief Ross McGlaughn opened this case and a number of other unrelated cases to attempt to give the families closure. McGlaughn sent the remains to a university in Ontario, Canada — Lakehead University — to learn whether identification was possible.

Last Friday, HPD was given the greenlight to notify the family that it was indeed Jerome Morris.

Due to the condition of the remains, Bonner said, the medical examiner concluded that there was “no doubt this is a homicide,” but he couldn’t elaborate as the investigation is ongoing.

“His family was left wondering for the last 31 years where he went, and what happened to him,” McGlaughn said.

“I want to first off send my heartfelt condolences to his family,” McGlaughn continued. “Up to this point during the course of this investigation, I’ve met with his mother and his sister several times, and I know that my words come as little comfort far too long after one of the most tragic chapters of their lives. But I want them and their whole family to know that they are in our thoughts and our prayers.”

McGlaughn thanked Bonner for his work on the case.

“His tireless dedication and obsessive nature is what it took to progress this case,” the chief said.