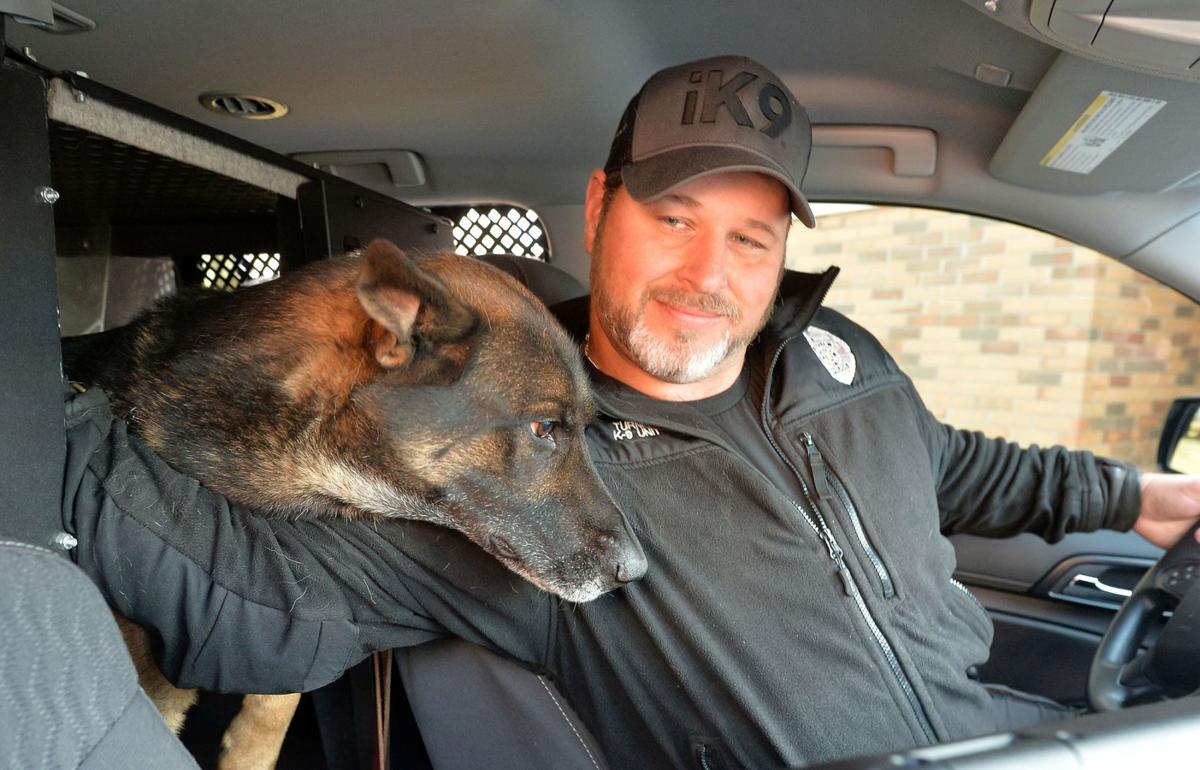 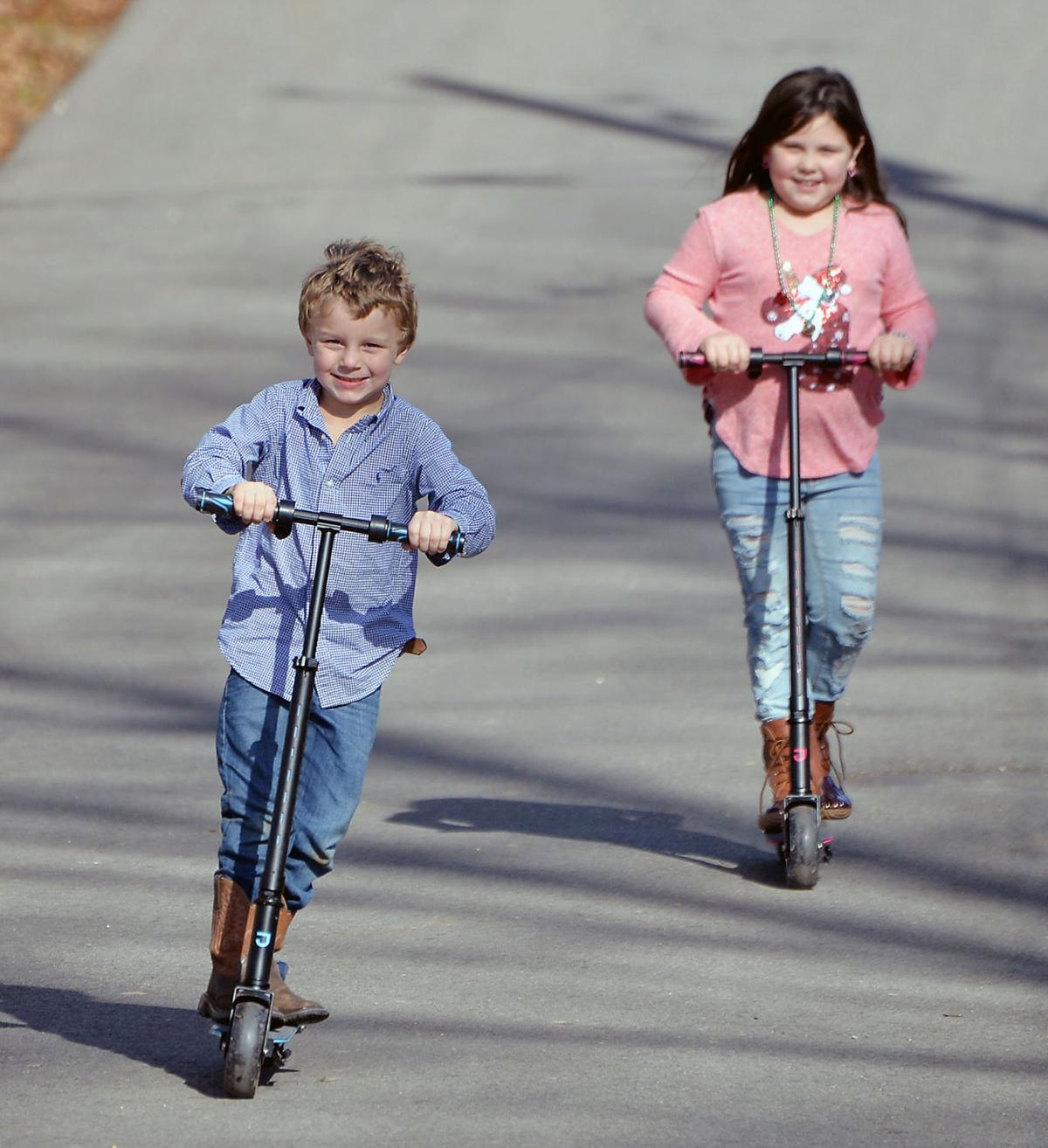 Kash Cauthen, 5, and Madilyn Cauthen, 7, play on their new motorized scooters they got for Christmas in Heflin.

HEFLIN — With temperatures in the upper 60s and partly cloudy skies across the region on Christmas Day, Madilyn Cauthen, 7, and her brother Kash, 5, of Heflin decided to try out their new scooters that Santa had brought.

The two were zipping up and down Almon Street in front of their home on their motorized marvels as their mother, Abigail, looked on soaking in the Christmas memory and warm sunshine.

Madilyn, who also received some new earrings, was pleased with her new toy.

“I love it and it is fast. I love riding it, I love to be barefoot on it, I asked for it and Santa brought it,” said Madilyn.

Jeremy Baggett and his friend Hillary Barber decided to escape the hustle and bustle of Christmas  and enjoy a day of hiking on the Pinhoti Trail.

“It’s a little quieter, not a lot of people up here, it’s real warm,” said Baggett, “It’ super nice for this time of year.”

An occasional thumping from a yellow-bellied sapsucker woodpecker was the only noise that permeated the towering pines and bare hardwoods.

“We didn’t want to waste this great day,” said Barber.

“It’s great, yesterday I had to work, I didn’t want to work yesterday, I wanted to come outside,” Barber said.

It was a quiet day at the Heflin Police Department as officer Danny Turner and another officer worked a 12-hour shift that had begun at 5 a.m.

Turner, a veteran officer, said he is used to working on Christmas Day.

“I’ve had to work most of them,” Turner said.

Turner did not get to see his four children wake up when he left his house at 4:30 a.m. Christmas morning to go to work, something the family has come to terms with.

“We ended up doing some of the Santa Claus yesterday, and we’re used to doing that... we’ll do some later on tonight, we just try to tweak it and make it work with the schedule,” said Turner.

Turner said it was a slow day and the only calls were “BOLO” (Be on the lookout for) calls.

“It’s usually slow until later on and it will start picking back up, but everybody right now is in a good mood, doing the family thing, you’ll see some troubles usually in the nighttime and your call ratio will increase at that point,” said Turner.

Luther Brooks of Heflin was out enjoying the warm weather of Christmas as he walked his two King Charles Cavalier spaniels.

“I’m just enjoying the day. I worked for many years doing commercial baking, bread baking. I worked many a Christmas — I’m enjoying this,” said Brooks.

“I’m excited about the fact that all the kids can get out and play today,” Brooks said.