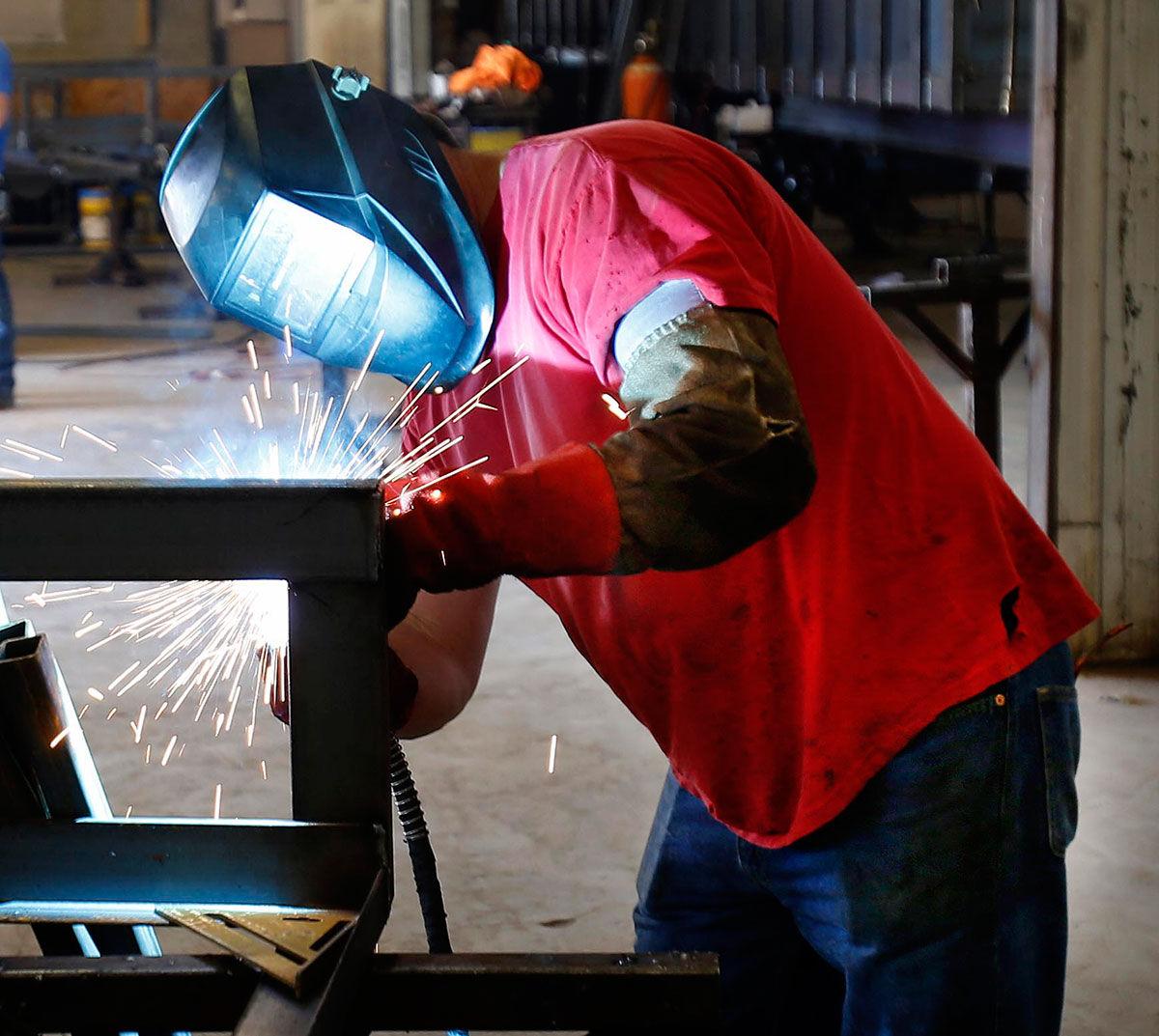 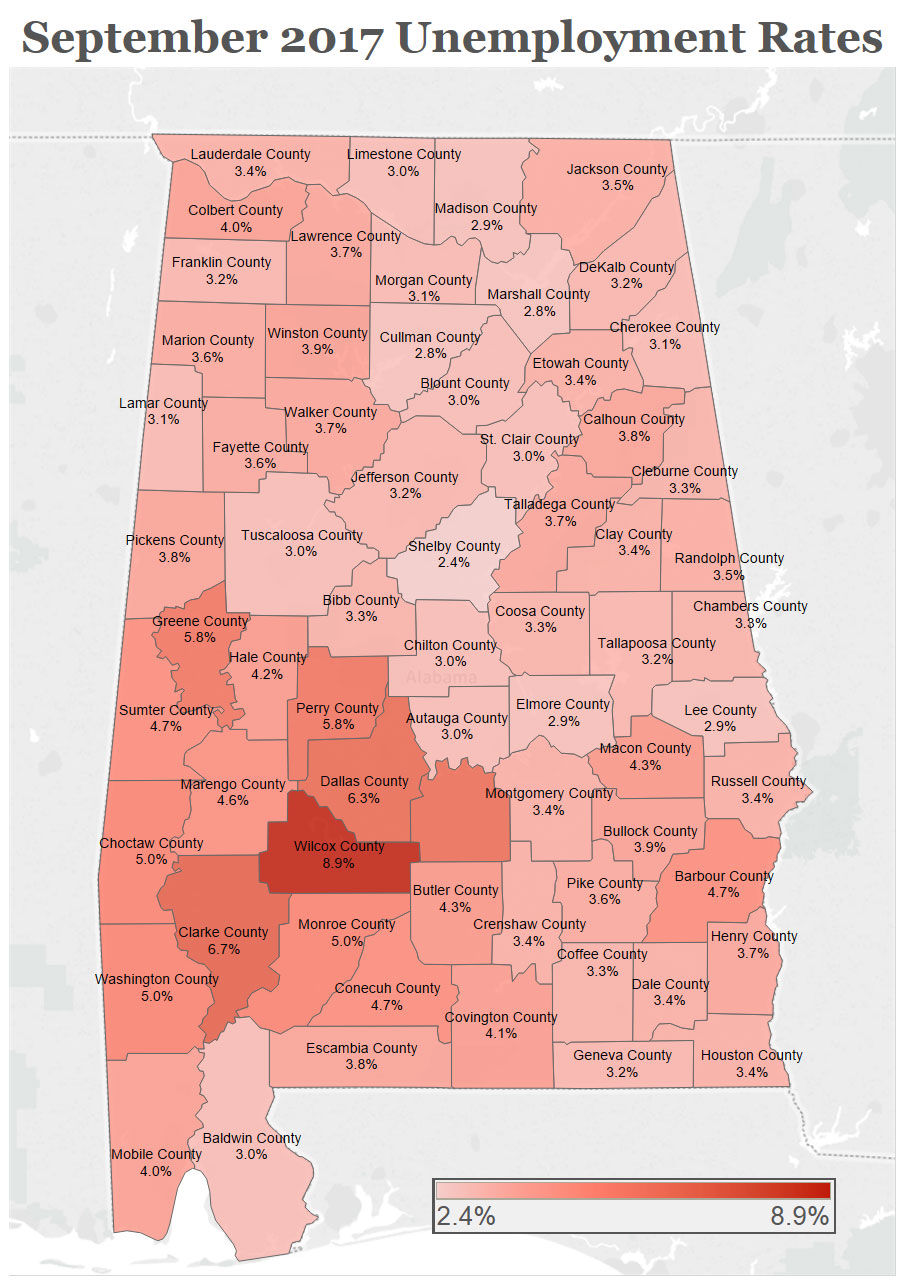 Figures the Alabama Department of Labor released Friday show the county’s unemployment rate was 3.8 percent in September, down from 6.8 percent in the same month last year. The county’s rate matched the state’s total 3.8 percent jobless rate, touted by Gov. Kay Ivey as reaching the historic low rate the state had in April 2007. Still, while both the state and the county gained jobs over the period, particularly in manufacturing, they also had sharp declines in total labor force.

Some economic experts say the state and country might be reaching peak employment, meaning more people dropped out of the workforce because they couldn’t find jobs.

According to the report, Alabama had more than 22,000 jobs in September than it did the same month last year.

However, the report shows the state also had more than 25,000 fewer people in the labor force year-over-year in September. Meanwhile, the county lost 679 people from its workforce over the same period.

Ahmad Ijaz, economist for the Center for Business and Economic Research at the University of Alabama, said the statistics appear to show that the state might be reaching the upper limit of its total labor force — meaning the economy can’t sustain more job creation.

“For the last two to three months, the numbers have looked like we’re getting close to full employment level,” Ijaz said.

Ijaz said once peak employment is reached, there aren’t enough jobs available for all the people who want to work. Those who get too discouraged just drop out of the labor force, he said.

“They’re probably just not going to come back in,” he said.

Martha Ross, a fellow with the metropolitan policy program at Brookings, a Washington D.C.-based nonprofit public policy organization, wrote in a Friday email to The Star that it’s possible Alabama is losing population to other states with better labor markets, but not 25,000 people in a year.

“What I think happened is that those 25,000 people didn’t leave the state — they’re still there, they’ve just switched into the ‘not in the labor force’ column,” Ross wrote.

Ross said a decline in overall labor force is not a strictly Alabama issue.

“Dropping out of the labor force is a national trend,” she said.

According to a study Brookings published in May, economic statistics suggest that the United States was nearing full employment when the national jobless rate fell to 4.4 percent in April.

The U.S. unemployment rate was 4.1 percent in September.

The study states though that full employment still masks an underlying trend of men and women dropping from the work force entirely.

But while the state and county saw people leave the labor force in the past 12 months, they also had job gains, particularly in the manufacturing sector. The state has gained around 6,000 manufacturing jobs in the past year.

“Manufacturing looks really good,” Ijaz said. “I’m really surprised by the numbers, compared to where we were six months ago.”

The county saw 100 more manufacturing jobs in September than it had the same month last year.

Jake Baggett, owner of Baggett’s Trailer Connection in Piedmont, which manufactures all-purpose trailers and haulers, said he hired seven workers this year and has 30 employees.

Baggett said his company has seen business grow and is selling trailers to customers nationwide and mainly across the Southeast.

“I think the economy is getting better, but also more people are learning about us ... I think it’s a combination of the two,” Baggett said.