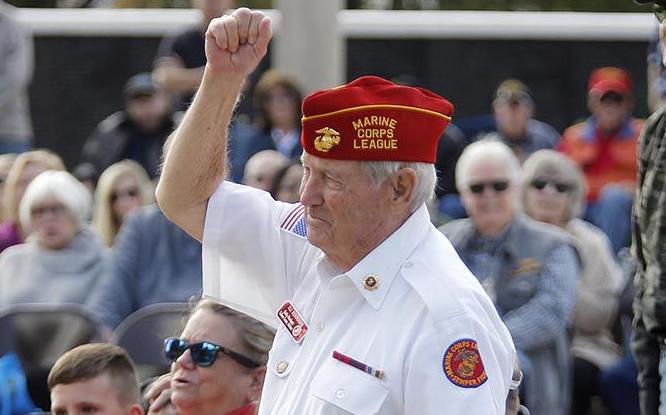 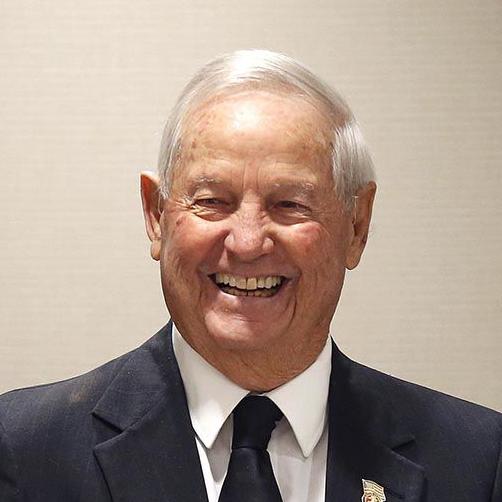 James “Eli” Henderson, the longtime Calhoun County Commissioner who was a walking textbook in how to get elected in rural Alabama, died early Friday afternoon at Regional Medical Center in Anniston after several days of struggle with COVID-19, according to his daughter, circuit clerk Kim McCarson. He was 83.

Henderson was admitted to the hospital Sunday. His wife, Carolyn Henderson, said she doesn’t remember when the commissioner tested positive for the virus, but his family called an ambulance for him Saturday afternoon after he began acting strangely.

“He was not acting right,” Carolyn Henderson said. By Tuesday, family members said he was on a ventilator in the hospital’s COVID-19 unit.

On a normal day, Henderson said, her husband was a people person. She said there was never a favor he wouldn’t try to do or a phone call left unreturned.

“He loved the people he served more than anything in the world.”

McCarson said he always stood by his beliefs, and would do anything to help someone else. Last week before he fell ill, she said, he cut someone’s grass when they needed it.

“He told us recently he’d lived a great life, no matter what happened to him,” McCarson said. “And he did.”

Henderson said he was happiest when he was around his fellow commissioners.

“He had the utmost respect for all four of them,” she said. “He thought they were the best commission in the world.”

Henderson said she was barely 16 when she met Eli. She was working the checkout counter at a small grocery store when Eli and his sister came through. His sister later called her to tell her Eli wanted to date her, she said; he’d have to ask her himself, she replied.

Her mother accompanied the pair on their first date, she said.

Eli Henderson thought Carolyn was 19 until he asked her to marry him and she told him the truth. Her mother didn’t want to allow her to do it, but relented.

“It was the best decision that was ever made, because I have loved him for 55 years,” Henderson said. “We’ve never really been apart.”

A 1957 Wellborn High School graduate, Henderson “bled black and white,” according to McCarson. She said her father was part of the first graduating class, was the first class president and scored the first touchdown.

But the gregarious Henderson wasn’t made for life in an igloo. In 1978 he made his first bid for the Calhoun County Commission, only to be knocked out of the race by rules blocking federal workers from seeking public office.

In the early 1990s, retired from the Depot, he ran again, and never stopped winning. Henderson served 18 years on the Calhoun County Commission, then in 2012 sought and won the county courts’ circuit clerk seat. He stepped down in 2016, seemingly a retirement from politics. But in 2018 Henderson ran for County Commission again, and won.

There was no secret to his political success. Avuncular and always ready with a story or joke, Henderson was a back-slapping campaigner of the old school. He became one-name famous in local politics and beyond. Congressmen and constituents called him Eli; his campaign signs contained just three large letters and no last name.

Networking, he said, was one of the few tools an Alabama county commissioner has.

Hess, the commissioner, credits Henderson with a long list of accomplishments nonetheless. He was crucial in a campaign for a one-cent sales tax that funded local governments, Hess said.  His efforts led to the creation of a park in Wellborn with four ball fields for kids and the erection of a monument to four Vietnam veterans from Wellborn High. And he was among the area’s biggest advocates for Janney Furnace, the Civil War-themed park built around the ruins of a Confederate foundry in Ohatchee.

“He accomplished more, with less, than anyone I’ve known,” Hess said.

Henderson has yet to be added to the official count of those killed by COVID-19 in Calhoun County. Officially there are 13. Local officials, speaking before Henderson’s death, said they suspected at least 20 people had actually died from the virus.

In his last hours, Henderson was among 50 people hospitalized with coronavirus at Regional Medical Center. That’s down slightly from the 58 hospitalized on Wednesday night, a record number for the county.

After months of slow spread in Calhoun County, the virus took off here in July and early August. There were 1,704 cases of the virus in the county as of Thursday morning.

Carolyn Henderson said earlier this week that her husband was the picture of health before his COVID-19 diagnosis. Before then, she said, he didn’t have to regularly take medication and, aside from knee surgery, he hadn’t gone to a hospital in 15 years.

Visitation will be Sunday from noon to 3 p.m. at Waldrep Gym at Wellborn High School, with a funeral to follow, family members said. Guests are encouraged to wear black and white, the school’s colors.