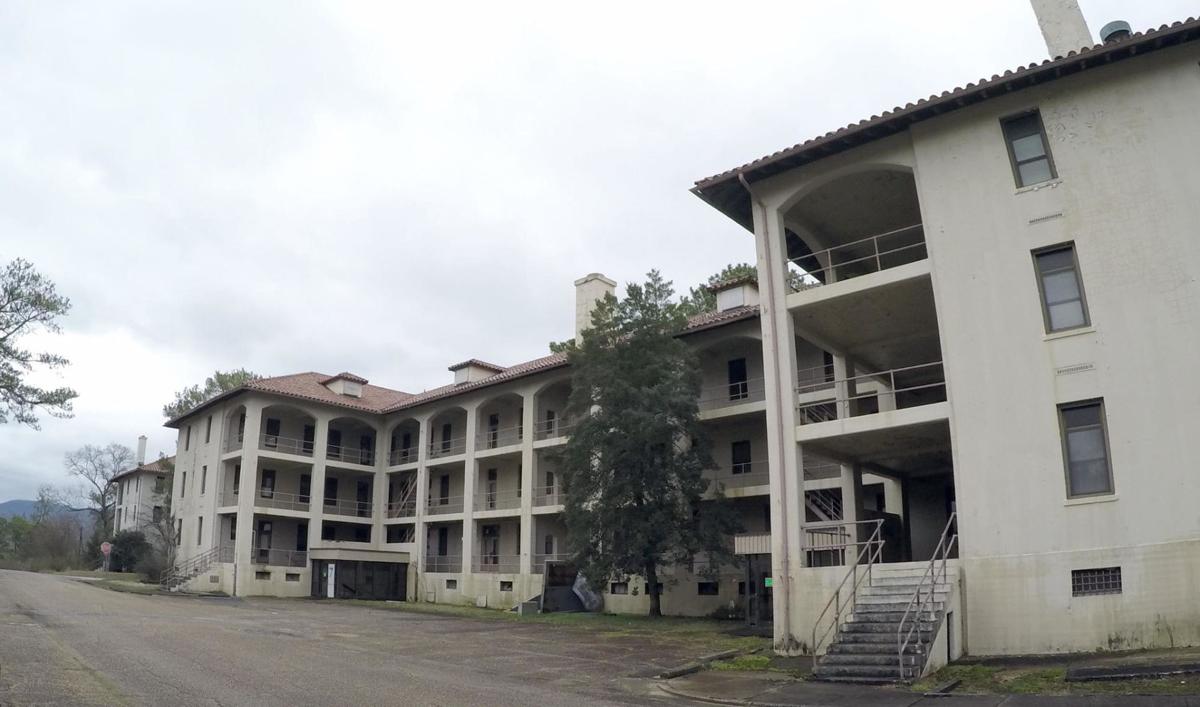 These buildings at the former Fort McClellan were announced in 2017 as the site a planned independent living community for seniors. No work appears to have been completed since then, and the buildings have been targeted by vandals, officials and neighbors say. 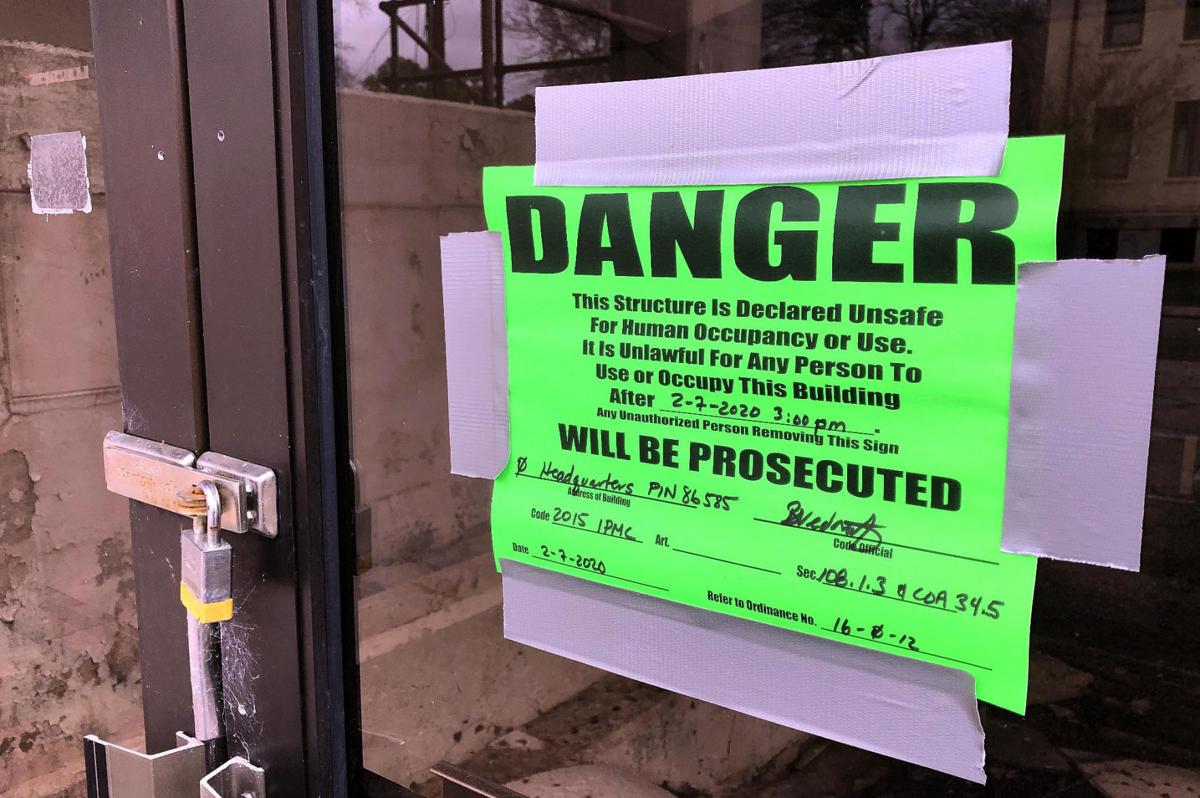 City officials have placed this sign at an entrance to the former headquarters building at McClellan. It and other buildings have been targeted by vandals, officials and neighbors say.

The old Fort McClellan headquarters complex — once the nerve center of a major Army base — could soon land on the Anniston City Council’s list of nuisance properties.

The headquarters, a group of three-story buildings in the Buckner neighborhood, was bought in late 2017 by a developer with a plan to turn it into a 120-bed independent senior living facility. More than two years later, doors on the bottom floor are broken open and graffiti dots the walls.

“We’ve got folks who are getting in there at night, and that’s a safety hazard,” said Ward 1 City Councilman Jay Jenkins, who lives nearby.

Before Fort McClellan closed in 1999, Buckner Circle was lined with houses set aside for high-ranking military officers, with the base headquarters at one end of the neighborhood. Today most of those officers’ houses are now occupied by civilian homeowners, but the McClellan Development Authority — the body charged with finding civilian uses for McClellan’s land — had a steeper challenge in selling a set of sizable office buildings in the same neighborhood.

In December 2017, that problem seemed to be solved, when the MDA sold the headquarters property to McClellan Independent Living Facility LP for $2.3 million. The company’s plan, MDA officials said at the time, was to turn the property into an independent living community for seniors, something that meshed nicely with the MDA’s own hopes of marketing the former fort to older residents.

State records show that McClellan Independent Living Facility was formed as a limited partnership in 2013. The only listed partner is ASHD, a Virginia-based company.

ASHD is in fact one of at least 34 companies run by American Investor Immigration Funds, run by Robert Lubin, a Virginia immigration lawyer. A website for the company markets ASHD as an investment opportunity for investment through the EB-5 program.

Created 30 years ago, the EB-5 is a visa for foreign nationals who invest sizable amounts of money — for most of Alabama, the lower limit is $500,000 — in development projects that create jobs. Critics have sometimes panned it as a way for wealthy foreigners to step to the front of the line in immigration; supporters say it gives investors access to capital, particularly in areas where investors are hard to find.

For decades, the federal government has offered wealthy foreigners a fast track to permanent U.S. residency if they'll invest at least $1 million in a venture that creates at least 10 jobs in the U.S. In rural or high-unemployment areas, including much of Alabama, the threshold is only $500,000.

Attempts to reach ASHD on Thursday and Friday were unsuccessful.

Officials of the MDA, which sold the building, say they’d like to see the project move forward — but they were quick to note that the property no longer belongs to the MDA.

“We would really like to see the project succeed,” said Jason Odom, the lawyer for the MDA and president of the neighborhood association for the Buckner area. Odom said he didn’t know why the development has been held up.

Neighbors of the headquarters complex say the lack of progress on the proposed independent living facility has become a problem for them. At a council meeting last week, Drennen Drive resident Mike King said he was “extremely concerned about security and safety” at the buildings. He said neighbors have had to call police in the early morning hours because of people gathered at the buildings.

“There’s a lot of vandalism going on,” said King, who appealed to the city to help.

A few days after King spoke, city officials posted “danger” signs on the buildings with a warning that trespassers would be arrested. Jenkins, the city councilman, said he expected to see the headquarters on a proposed list of nuisance properties as early as Tuesday’s council meeting. If a property is placed on the list, it can eventually be cleaned up by the city, with the charge for the cleanup billed to the owner.

“We’re trying to get together enough plywood to board it up,” Jenkins said.