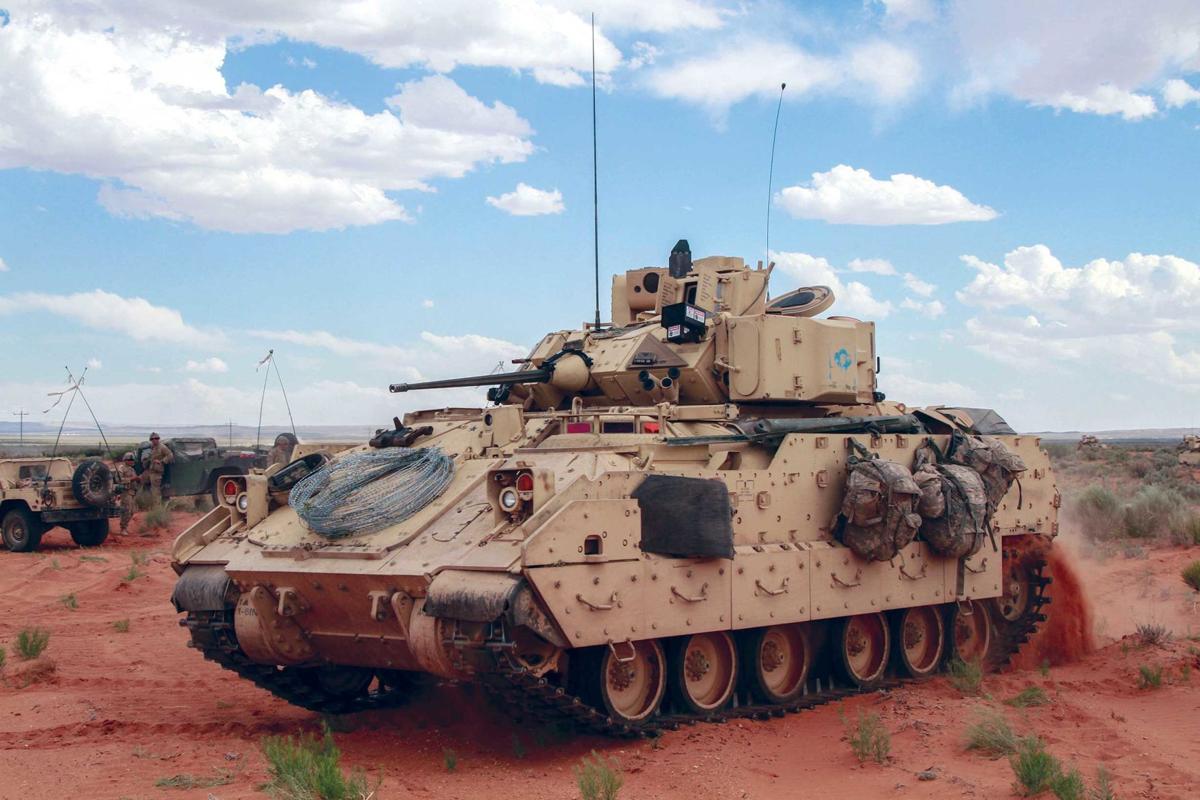 A Bradley Fighting Vehicle Systems M2A3. Some of the Army's fleet of Bradley vehicles will undergo upgrade work soon at BAE Systems in Anniston. 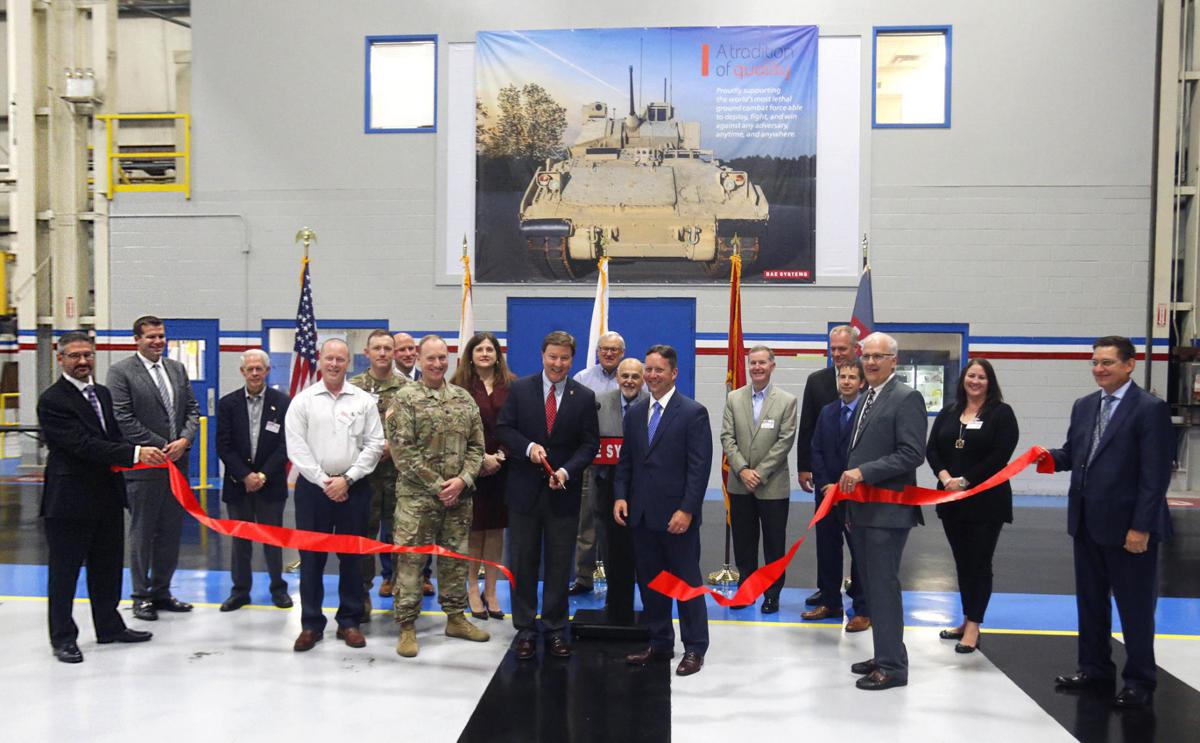 U.S. Rep. Mike Rogers cuts a ribbon on Tuesday at BAE Systems' reopened Coleman Road plant, where work to upgrade the Bradley Fighting Vehicle for the Army will take place.

BAE Systems staff said Tuesday that the local economy is in for a boost, thanks to a new upgrade program for combat vehicles at the company’s Anniston plant.

Workers at the plant on Coleman Road recently began upgrading hundreds of the Army’s Bradley Fighting Vehicle, a combat vehicle that carries soldiers on battlefields and fires at enemy forces.

Staff at BAE Systems celebrated Tuesday morning after the Army extended its contract with the company, worth up to $269 million, as well as the reopening and modernization of the Coleman Road plant with a ribbon-cutting ceremony.

“We reopened it in 2016, but made a really significant modernization of this facility in the last year,” Jeremy Tondreault, BAE Systems’ vice president and general manager of combat vehicles, said. “We’re positioning it to be able to be the home of the Bradley A4.”

Tondreault also said BAE Systems reaches out to local and regional suppliers while upgrading the vehicles.

“We do think that the economic impact goes beyond employees of BAE systems,” Tondreault said.

“The Bradley’s not designed to go on a highway. It’s designed to operate cross-country,” Johnson said. “To be able to do that, we’ve got to have certain characteristics that the Bradley has to have.”

According to Johnson, the Coleman Road plant is the second stop in a three-step upgrade process. Johnson said upgrades on Bradleys begin at the Red River Army Depot in Texarkana, Texas, before the vehicles come to Anniston, where workers tear off and reconstruct the hulls.

Afterward, Johnson said, the Bradleys are sent to York, Pa.

As of Tuesday, Johnston said, BAE Systems workers were upgrading between 40 and 50 Bradleys at the Coleman Road plant. In total, he said, the plant will see more than 300 vehicles.

Johnson said BAE Systems is upgrading 112 Bradleys at facilities across the country. Within the next few years, Johnson said, BAE Systems plans to upgrade around 700.

U.S. Rep. Mike Rogers, R-Saks, said the U.S. military four years ago reached a “completely unacceptable level of capability.” Rogers said he was told by military leaders that the military could no longer fulfill its defense strategy after successfully fighting two wars simultaneously while protecting the nation.

“They said, at best, they could protect the homeland and fight one war successfully,” Rogers said. “That’s what prompted Congress to start making these major investments.”

According to Rogers, the reopening of the plant and the beginning of upgrades is a sign that the military’s capability is improving.