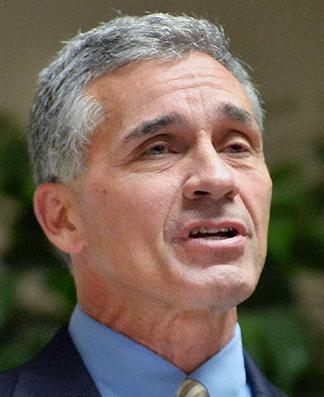 The leader of the Alabama Senate says he wants to make Alabama’s starting teacher pay the highest in the Southeast – in exchange for changes to teacher tenure.

Some who’ve seen drafts of the teacher pay bill by Sen. Del Marsh, R-Anniston, say its real goal may be to head off a looming teacher shortage.

“We all want to do what we can to improve education, and we have the potential to offer the highest teacher pay in the region,” Marsh said.

Marsh confirmed Tuesday that he’s working on a bill that would create a non-tenure track for teachers in K-12 public schools – allowing them to opt out of the tenure track that now gives teachers stronger job security after three years on the job.

Alabama has had K-12 teacher tenure since the late 1930s. News accounts from the time suggest that teachers pushed for a tenure system because of high teacher turnover in the years when school boards and elected superintendents could fire teachers at will. Tenured teachers can be fired for a variety of offenses, but only after a series of hearings and appeals.

Marsh said his bill would create two tracks for teachers in the state — a tenure track and a non-tenure option that would pay more.

“If you strive to be the highest-paid state, you also have to make sure the teachers are held accountable,” Marsh said.

The senator has yet to file his bill for the legislative session that begins in February, though drafts of it have been circulated on the Internet. Marsh said it would cost the state $25 million to $30 million to make its starting salary the highest in the region.

The Senate’s education budget chairman says that estimate sounds realistic. It typically costs $30 million or more to give teachers a 1 percent across-the-board pay raise, said Sen. Arthur Orr, R-Decatur, the new chairman of the Education Ways and Means Committee. But it wouldn’t take much to bump Alabama to the top in starting pay.

Figures from the National Education Association show that Alabama’s starting pay, about $36,000 in 2013, was slightly higher than the national average, and higher than any Southern states except Louisiana and Virginia. But numbers from the National Center for Education Statistics show that the average pay for all teachers in Alabama — about $48,000 per year — is about $9,000 below the national average and below neighboring Georgia and Tennessee.

Asked if his bill would convince a teacher to choose Cleburne County over a job in nearby Georgia, Marsh said the final version of the bill would likely include incentives for rural teachers and teachers of specialized subjects such as mathematics.

Eric Mackey, a former Jacksonville schools superintendent and director of School Superintendents of Alabama, said the amount suggested by Marsh would likely cover only higher pay at the starting level for teachers who decide to forego tenure. Asked what problem the bill would solve, Mackey said the incentives seemed to be aimed at curbing a looming shortage of teachers.

“We do not have enough people in the pipeline right now to fill teaching jobs,” Mackey said.

Now the economy is picking up and the baby boomer teachers are retiring in large numbers, he said. At Christmas break, Mackey said, there were 200 teaching positions for the current year still unfilled statewide.

It’s unclear how much a rise in starting pay would help with that problem, Mackey said. Studies, he said, have shown that teachers are “relationship-focused,” often more interested in good working conditions and job security than pay alone.

Mackey declined to comment on other details of the draft bill, saying it that was rapidly changing and that his organization didn’t take positions on bills until they’re filed. Officials of the Alabama Association of School Boards declined comment because the bill is in draft form. Attempts to reach a spokeswoman for the Alabama Education Association, historically the strongest defender of tenure, were unsuccessful Tuesday.

Orr said the state likely has enough money to pay for an incentive plan. Strong economic numbers, he said, suggest that the state could have as much as $100 million more to spend on education next year.

“We’re looking at very positive numbers right now, if the economy doesn’t fall off,” he said.