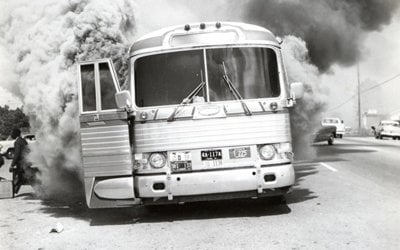 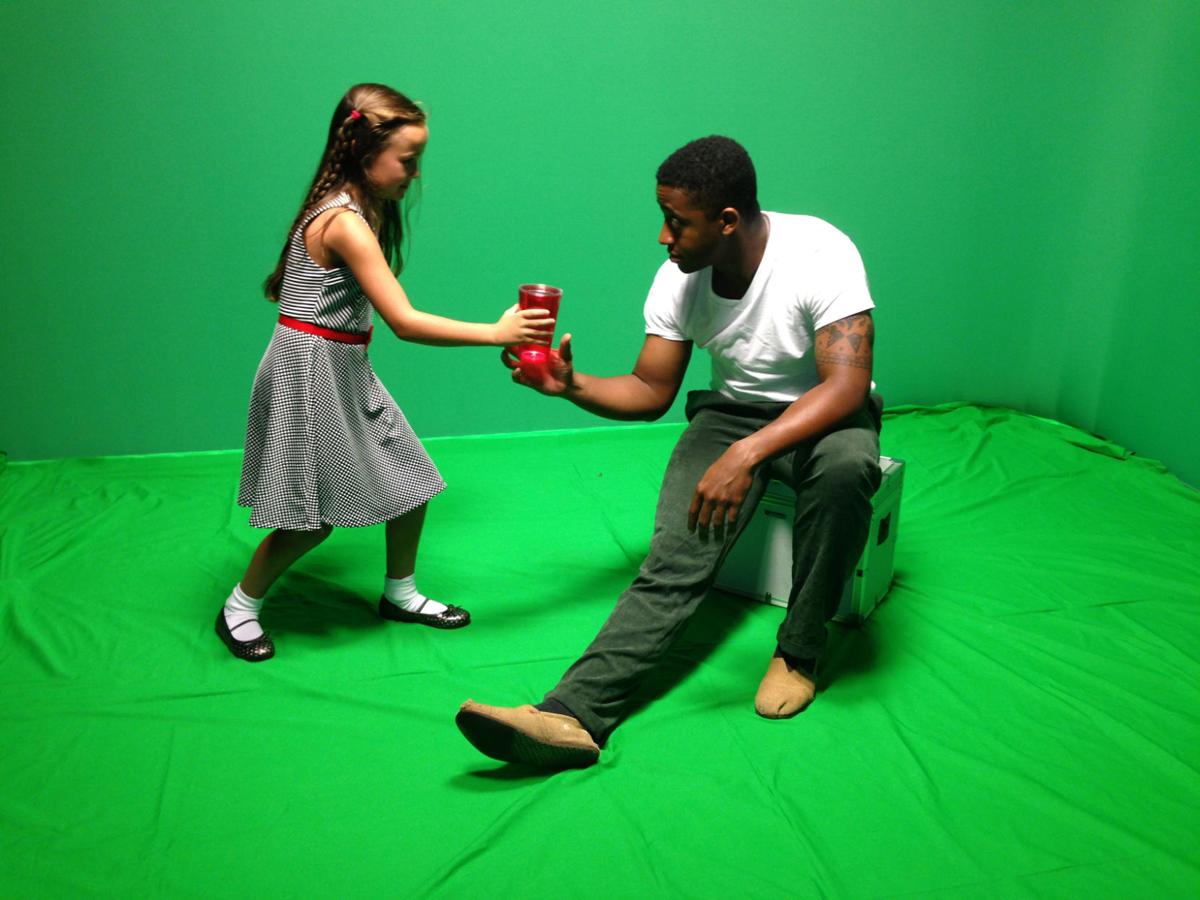 This modeling session was used as a planning tool for the creation of the park's Phase 1 sculpture. The photo features Molly Johnson as Janie Forsyth and Joshua Garrett as Freedom Rider Hank Thomas. Submitted photo.

The Calhoun County Commission on Thursday approved a $10,000 donation toward an effort to create Freedom Riders Park, and organizers of the project say they are around six months away from reaching their initial funding goal.

The commission’s donation will be combined with a $11,555 from the Alabama Community Service Grant, which was obtained by state Rep. Barbara Boyd, D-Anniston.

Boyd said both the commission and the Anniston City Council have committed to further support of the park.

Pete Conroy, co-chairman of the Freedom Riders Park committee, said the group has made leaps toward its goal.

Conroy said the committee recently teamed up with Southern Custom Exhibits, an Anniston company that will help plan the project. He said organizers will soon send out requests for proposal of the overall master plan of the park.

Conroy said organizers of the park are also working closely with the Northeast Alabama Community Foundation, which the county’s $10,000 donation went through. According to Conroy, a national corporation also provided a $25,000 donation for the park.

Conroy said the core of Freedom Riders Park will be a larger-than-life bronze statue depicting a scene from the bus burning. It will showcase a moment in which a young girl, Anniston resident Janie Forsyth, offered freedom rider Hank Thomas a glass of water shortly after his bus was firebombed.

“The story is, that this was a moment of hope,” Conroy said.

The committee recently had picture taken that will be used as a model for the sculpture. The photographers used look-alikes for Thomas and Forsyth, reenacting the moment in front of a green screen.

In other business, the commission:

- Approved a three-year agreement for the county’s participation in the Anniston/Calhoun County HOME Consortium. The agreement —  which includes Anniston, Jacksonville, Piedmont, Weaver and Hobson City — makes the group eligible for money associated with the U.S. Department of Housing and Urban Development’s HOME Program, which provides grants that help pay for affordable housing for people with low incomes.

According to a factsheet from the consortium, the collaboration has spent or obligated nearly $1.8 million to affordable housing projects in the group’s five years of existence. Gloria Floyd, a paralegal and grant manager for the county, said the commission provided around $40,000 to the consortium last year.

- Approved a contract to replace an air-conditioning unit at the courthouse. The estimated price is $30,000. County administrator Ken Joiner said the unit was more than 20 years old, and it will cost the county more to keep repairing it.

- Approved a contract with Gulfport, Miss.-based Hancock Bank for a three year lease of a $62,411 compact track loader. The agreement is under a 1.34 percent interest rate, with annual payments of $21,363. The county will pay a total of $64,091 throughout the life of the lease.

- Agreed to purchase $5,000 of advertisements in Jacksonville State University’s radio network. The spots will promote the county during JSU’s football and basketball games.

- Appointed Gerald Wilkerson to the Coosa Valley Youth Services board of directors. His term will expire in November of 2017.

- Agreed to purchase uniforms for Sheriff’s Office deputies and jailers from McCain Uniforms and Municipal and Commercial Uniforms.

- Approved an easement for Alabama Power Company for an area in Jacksonville near the intersection of Iola Drive Northwest and Francis Street.

- Agreed to give the Pleasant Valley Recreational Sports Association $1,400 for supplies and expenses for the group’s youth sports programs.

- Approved a contract with Montgomery-based Diversified Computer Service for software used by the Highway Department to track costs and work orders. County engineer Brian Rosenbalm said the agreement will cost $525 per month.

- Approved the only bid presented to the commission concerning an all-terrain fork lift. The county will purchase the vehicle from Oxford’s United Rentals and Used Equipment Sales for $25,598.

- Approved revised agreements for two projects with the Alabama Department of Transportation. The first, concerning the turning lanes of Lenlock Lane and Saks Road, was changed to $325,379 with the county matching 20 percent. The second, concerning a right-of-way acquisition on McIntosh Road, was changed to $539,742. For that project, Rosenbalm said, the county will pay $107,948. He said county officials paid around $52,000 toward the local match in October of 2012.

- Heard from a resident asking why no work had been done to clear waterways on Lenlock Lane near Cane Creek. The resident said beaver dams have caused flooding in the area for two years. Rosenbalm and Commissioner J.D. Hess said a Birmingham firm will soon finish a review of the area.

- Heard from Lu Mosley, a member of a local animal advocacy group. She said several residents have told her that staff of Cheaha Regional Humane Society, which handles animal control for the county, have refused to accept stray animals taken to the center.

- Approved a resolution accepting bids from 16 area businesses to provide the commission a variety of materials and services throughout the next fiscal year, which begins on Oct. 1.

The Freedom Riders were a group of civil rights activists who tested the desegregation of interstate bus routes and terminals. The group met opposition throughout the South. A mob firebombed a busload of the demonstrators 5 miles outside Anniston on Mother’s Day 1961.